Canadian soccer player Quinn, who came out as transgender last year, was also a member of the team that won the bronze medal at the 2016 Rio de Janeiro Olympics

For Quinn, a midfielder for the Canadian women's soccer team, the opening match of the Tokyo Games carried more emotional weight than their previous Olympic appearances.

Quinn became the first openly transgender athlete to participate in the Olympics when they started on Wednesday night in Canada's 1-1 draw with Japan in Sapporo.

Quinn, who is nonbinary and uses they/them pronouns, posted their feelings on Instagram.

“I feel proud seeing 'Quinn' up on the lineup and on my accreditation. I feel sad knowing there were Olympians before me unable to live their truth because of this world,” they wrote. “I feel optimistic for change. Change in legislature, Changes in rules, structures, and mindsets."

Quinn, who came out as transgender last year, was also a member of the Canadian team that won the bronze medal at the 2016 Rio de Janeiro Olympics. 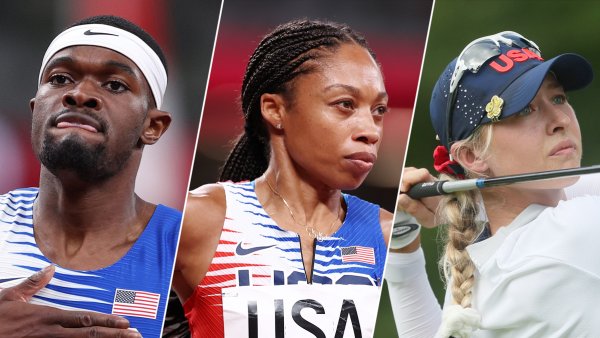 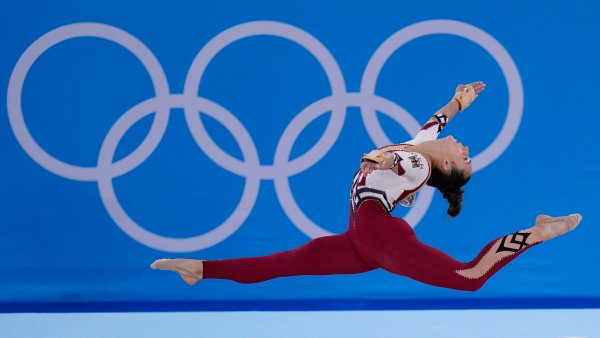 “Mostly, I feel aware of the realities,” Quinn continued. “Trans girls being banned from sports. Trans women facing discrimination and bias while trying to pursue their Olympic dreams. The fight isn't close to over ... and I'll celebrate when we're all here.”

Quinn, who plays professionally for OL Reign in the National Women's Soccer League, is not the only transgender athlete participating in the Tokyo Games. Probably the most visible is Laurel Hubbard, a transgender woman competing in weightlifting for New Zealand. Chelsea Wolfe, a transgender cyclist, is a reserve on the U.S. women’s BMX Freestyle team.

There was the possibility for several more elite transgender athletes to compete in Tokyo. Nikki Hiltz did not qualify in the women's 1,500 meters at the U.S. track and field trials, while CeCe Telfer was declared ineligible in her bid to run in the 400-meter hurdles. Volleyball player Tiffany Abreu did not make Brazil's final Olympic roster.

The current rules specify certain conditions for transgender women to compete in women's sports. Among them, athletes must demonstrate lower testosterone levels for 12 months before competing, and athletes can only qualify four years after transitioning, at the earliest.

Chris Mosier, a triathlete and activist who came out as a transgender in 2010, competed last year in the Olympic trials for the men's 50K racewalk but had to withdraw because of injury.

Last week in an interview with The Associated Press, Mosier said he considered it a major milestone for human rights that transgender athletes would be competing at the Olympics for the first time in Tokyo.

“As somebody who has been out and tried to raise visibility for transgender athletes, through my websiteand through my own participation in sports for over a decade, I feel as proud of this moment as I do of any of my accomplishments. Because this is what I’ve been working for,” Mosier said. “I want spaces in sport for trans athletes to be their authentic selves and compete at the highest level, and know that they are loved and that they belong there. So I’m very excited to see Laurel and Quinn both participate.”

Transgender visibility at the Olympics comes amid a wave of anti-transgender legislation sweeping the United States.

Proposed laws banning or restricting transgender athletes from participating in youth, high school and even college sports have been introduced in 37 states. At least seven states have enacted laws — but many of those face legal challenges.

The U.S. Department of Justice has challenged a ban targeting transgender athletes in West Virginia, and another law impacting children in Arkansas, calling both violations of federal law.

In June, the DOJ filed statements of interest in lawsuits that seek to overturn new laws in those states. In West Virginia, a law prohibits transgender athletes from competing in female sports. Arkansas became the first state to ban gender confirming treatments or surgery for transgender youth.

The DOJ said the laws in both states violate the equal protection clause of the 14th Amendment. It also said the West Virginia law violates Title IX, which prohibits discrimination on the basis of sex in any education program or activity receiving federal funds.

Fallon Fox is a retired mixed martial arts fighter who came out as a transgender woman in 2013. In a decidedly male-dominated sport, she faced widespread criticism at the time.

She's also proud in this moment.

“I think it’s awesome that we’re finally getting trans representation at the Olympics. This has been a long time coming. Some of the athletes, some transgender athletes, have tried to qualify for the Olympics in the past and all have failed. And we finally have some that have qualified,” Fox said. “I think that actually says something: I’m not surprised it took this long, given the fact that we have no unfair advantages.”

Athlete Ally reported that the vast majority of NCAA Division I athletic departments did not have fully inclusive trans athlete policies as of March 2021, according to a summary of this year’s equality index.
Copyright AP - Associated Press