The Many Faces of American Shot Put Standout Raven Saunders

You couldn’t miss Raven Saunders during the Friday’s athletics competition events at the Tokyo Games on Friday. But at 5-foot-5, it wasn’t the American track and field star’s height that made her stand out.

Nicknamed “The Hulk,” after the Marvel Comics superhero, Saunders on Friday looked more like The Joker after donning a facemask bearing the DC Comics villain’s likeness before competing in shot put qualifying. Saunders also she dyed her hair half green, half purple to match the look.

Saunders also channeled her inner superhero at the U.S. Track and Field Olympic Trials with a Hulk mask.

Friends, fans and family were sure not to miss Saunders Olympic appearance on Friday. They gathered a watch party in the Burke High School gymnasium in Charleston, S.C., to cheer on their hometown hero. Saunders finished third overall in the qualifying round.

Saunders urged her fans to wear green in support and on Instagram promised an autographed Team USA singlet to the person wearing the best outfit.

Saunders is appearing in her second Olympics. But after finishing fifth in Rio, Saunders began to struggle with depression and said she contemplated suicide. She told Olympics.com she struggled to find motivation to train. "It was just a lot of pressures," she said. "And also being quite young in my journey and seeing friends that were living the life that I wanted to have at that point, it just became a lot mentally weighing down on me."

Saunders has been open about her battles with mental health and urges anyone struggling to seek help as she did in her time of need. 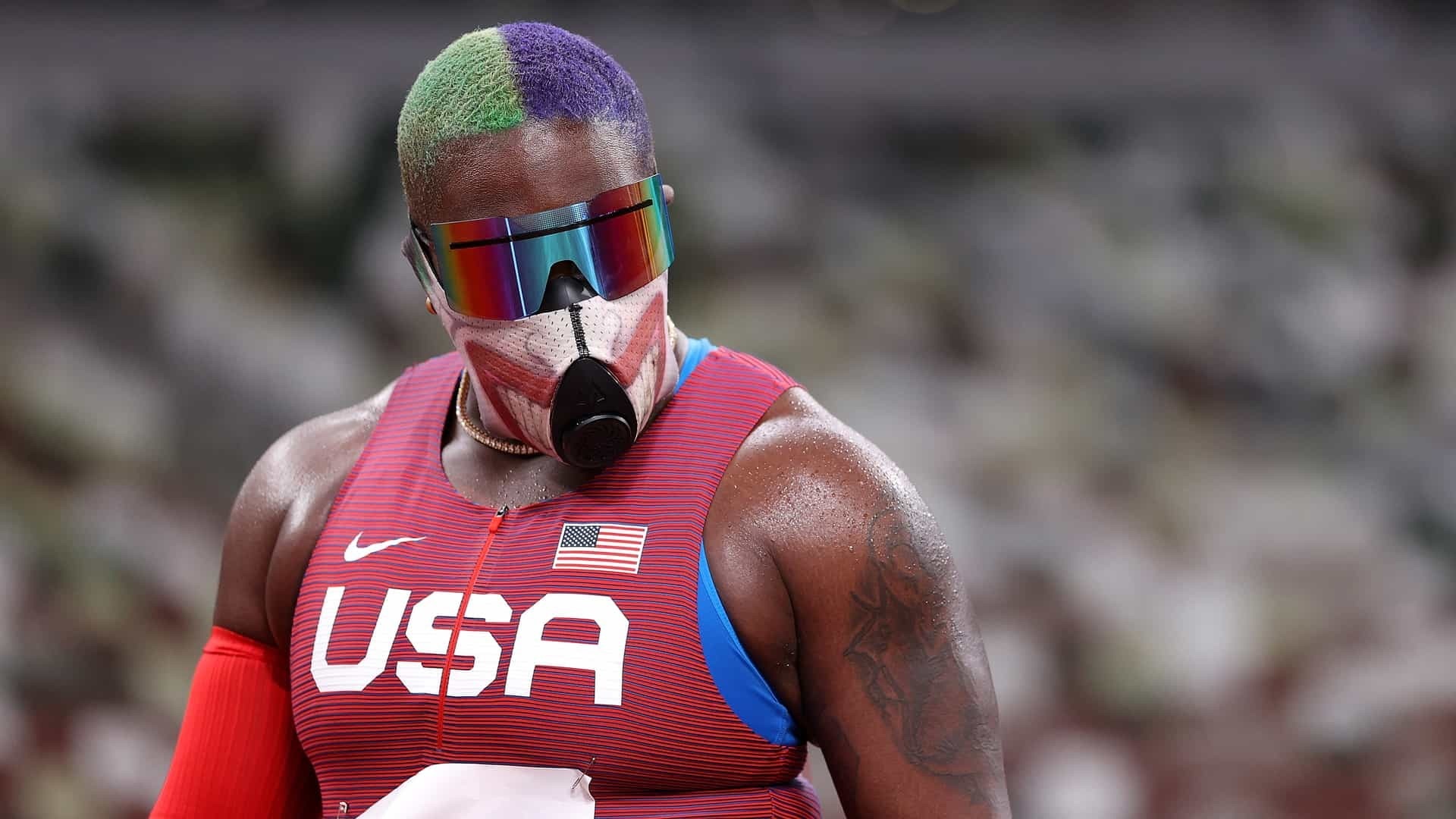