From Simone Biles and Suni Lee on the balance beam to our first Olympic look at sport climbing and a big night for track and field, there's plenty to see on Day 11

There is no shortage of must-see action on Day 11 of the Tokyo Olympics. The GOAT of gymnastics, Simone Biles, returns to the fold on the final day of the women's competition along with gold individual all-around winner Suni Lee, while the highly anticipated Olympic debut of sport climbing is on the calendar in Tokyo.

Allyson Felix, who is on her way to becoming the most decorated women's track Olympian of all time, handily won her heat in the women's 400m, while New York's Rai Benjamin ran a personal best in the 400m hurdles after an injury kept him out of Rio — but it was just only good enough for a silver in what was an incredible race. And the U.S. women's water polo team fared better against Canada in their quarterfinal than the U.S. women's national soccer team did in their semifinal.

Without further ado, here are our 4 to Watch on Day 11:

After withdrawing from the team all-around and four individual events after a case of the ‘twisties,’ a vertigo-like condition that makes gymnastics exceptionally dangerous, Simone Biles returned to compete in the final event of the Tokyo Olympics, winning bronze.

The GOAT of gymnastics is back.

Seven days after exiting the women’s team final, Simone Biles returned to the Olympic gymnastics stage in stellar fashion, winning her 7th Olympic medal. She grabbed the bronze after dismounting off the balance beam with a smile, scoring 14 points. She competed with teammate Suni Lee in the final women’s event, though Lee didn't place in the top three.

MORE: MyKayla Skinner makes most of second chance in Tokyo

Despite withdrawing from almost all gymnastics events at the Tokyo Olympics, Simone Biles has had perhaps the most closely watched and discussed week of any Olympian this year. From being a gymnastics favorite to becoming a champion for mental health, here’s a timeline of Biles’ week at the 2020 Olympics.

Meet athlete, Kyra Condie, as she discusses her inspirational journey from recovery to competing in one of the Olympics newest events, sport climbing.

The long-awaited Olympic debut of sport climbing headlines the Day 11 action in Tokyo.

There are three disciplines in Olympic sports climbing: Bouldering, Speed and Lead. Each participant must compete in all three, and a winner is determined by multiplying a competitor's placement in the various disciplines.

The lowest score wins gold. Beach each competitor must compete in all three disciplines, each climber must have a combination of speed, flexibility and endurance if they wish to reach the podium.

Condie is making an Olympic debut that was once thought impossible. Early into her climbing career, it was discovered that she had idiopathic scoliosis and would require surgery. After being told she would never climb again, Condie now has a chance to be an Olympic medalist on a stage before the entire world. 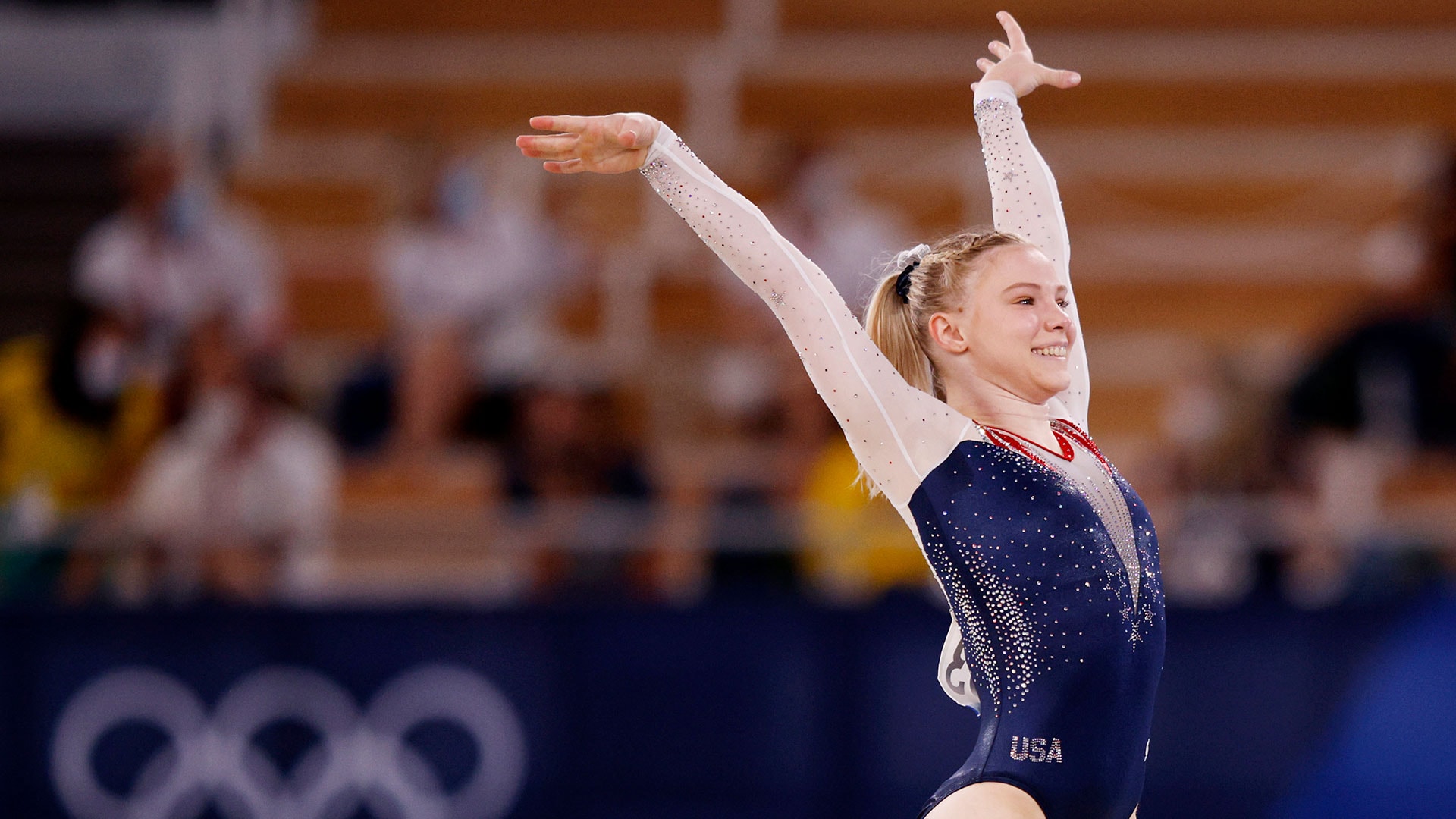 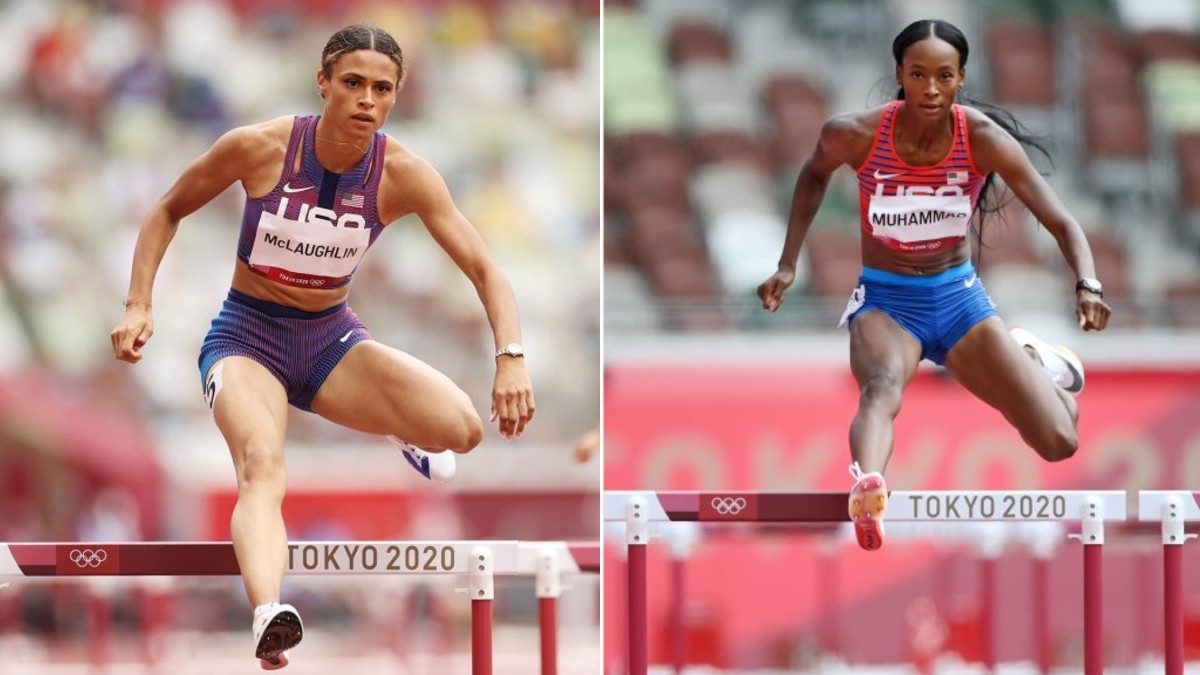 USA's Allyson Felix, who is on her way to becoming the most decorated women's track Olympian of all time, won her heat in the women's 400m with the fourth-fastest time overall. American track star Noah Lyles, a favorite to medal in the men's 200m, also made his Tokyo Olympic debut, winning his heat with the third-fastest time overall. While Lyles is a favorite to medal in the 200m, his Team USA teammate Kenneth Bednarek has the best time so far going into the semifinals.

New York's Rai Benjamin ran his best-ever 400m hurdles to close out the Monday night action, with a time of 46.17 that shattered the American record and would have broken the world record — but it was still not enough to take gold.

In of the most anticipated races on the program that more than lived up to the hype. Norway's Karsten Warholm won the incredible race with a world record time of 45.94. For perspective on how fast that is, that time would have qualified for the semifinals in the men's 400m dash (where they're not jumping over anything, just running).

Team USA's Brittney Reese won silver in the long jump, her third Olympic medal after taking silver in 2016 and gold in 2012. Reese had a shot at the gold with the final jump in the competition, but came up just short. Malaika Mihambo of Germany won the gold with a 7.00m jump, .03 ahead of Reese. The other American in the final, Tara Davis, placed sixth.

New Jersey teenager Athing Mu won 800m gold at the Tokyo Olympics, breaking Ajee Wilson's American record in 1:55.21 to give the U.S. its first Games title in the event in 53 years.

They dominated Canada in the quarterfinals Tuesday, ending the game in a 16-5 win, faring far better than the U.S. women's national soccer team did Monday against the same country. The team advances to the semifinal which will be played on Thursday at 6:50 a.m. EDT, though it's not clear yet which nation they will be up against.

Mackenzie Fischer, who propelled Team USA with three goals in an 18-5 win over the ROC the last time the Americans were in the pool, had another hat trick Tuesday alongside Alys William and team captain and three-time Olympian Maggie Steffens.

Steffens moved to the top of the all-time Olympic water polo scoring list in the final prelim match.

MORE: Why breaking records is in Maggie Steffens' blood