Here is what to watch from the big show in Tokyo, plus one final pre-Opening Ceremony event

With the long-awaited Opening Ceremony marking the start of the summer games (on NBC and streaming live here), there is already plenty of action at the Tokyo Olympics.

The U.S. women’s softball team won their opening match against Italy, while the women’s soccer team was stunned by Sweden, suffering a 3-0 defeat and snapping a 44-match unbeaten streak.

The Opening Ceremony, a dazzling four-hour broadcast spectacle despite a year-long pandemic delay, was televised and streamed live from Tokyo early Friday with a scheduled replay during primetime on NBC.

Without further ado, here are our 4 to Watch on Day 0:

DON'T MISS THE ACTION: For a complete rundown of all the day's events in Tokyo, visit the streaming schedule page for NBCOlympics.com. Watch every event live there, on the NBC Sports App and connected set-top boxes. Catch the highlights in primetime on NBC.

Women's basketball star Sue Bird and baseball player Eddy Alvarez were chosen to be the flag bearers for Team USA and lead America in the Parade of Nations.

Bird, a four-time WNBA champion, is no stranger to international competition. She has four Olympic gold medals and has won an additional four gold medals at the FIBA Women’s Basketball World Cup.

Alvarez, an MLB infielder, will look to add to his Olympic medal collection as well. Although he does not have Olympic baseball experience, Alvarez won silver in short track speed skating during the Sochi Olympics. He played for the Miami Marlins in 2020, and is in their minor league system this season.

HOW TO WATCH: Watch a replay of the entire Opening Ceremony on NBC starting at 7:30 p.m. ET or check it out online here.

More than 600 American athletes are expected to be in Tokyo to compete at the highest level. Not all of them will take part in the Parade of Nations, as many events are already underway or will take place the morning after the Opening Ceremony.

At the Opening Ceremony, nations march according to alphabetical order in Japanese, following the custom of using the host country’s language to determine the order. But this year’s Parade of Nations has a few special features as well.

The United States is featured at the end of the parade order. Japan is the parade’s grand finale, and future Olympic host countries march just before the host nation. France, the host of the 2024 Paris Olympics, precedes Japan, and the United States, hosts of the 2028 Los Angeles Olympics, went before France.

MORE: Podcast -- inside the spectacle of the Opening Ceremony

2. Who Lights the Olympic Cauldron?

Japan gave the honor to four-time tennis champion Naomi Osaka. Representing Japan at the Tokyo Olympics, Osaka carried the torch up the stairs to the Olympic cauldron inspired by Mount Fuji.

The opening ceremony was Osaka's first major public appearance in nearly two months after she withdrew from the French Open following the first round to take a mental health break.

At the 1964 Tokyo Games, runner Yoshinori Sakai had the honor. He was born on August 6, 1945, the day that the United States dropped the first atomic bomb on Hiroshima.

HOW TO WATCH: Watch a replay of the entire Opening Ceremony on NBC starting at 7:30 p.m. ET or check it out online here.

Spectators are banned from attending the Tokyo Olympics as the host city enters another COVID state of emergency on July 12.

Fans are banned from Tokyo-area stadiums and arenas after the Japanese government put the capital under a COVID-19 state of emergency that will last through Aug. 22 because of rising new infections and the highly contagious delta variant. That means these Olympic games will be a largely TV-only spectacle.

It was a serious blow for Japanese taxpayers and local organizers of the games, which already had been postponed from 2020 by the coronavirus.

Fans from abroad were banned months ago, and the new measures will mean no spectators in stadiums and arenas around Tokyo — both indoor and outdoor venues.

The ban covers Tokyo and three surrounding prefectures — Kanagawa, Saitama and Chiba. A smattering of events in outlying areas, like baseball in the northeastern prefecture of Fukushima, will allow a limited number of fans. 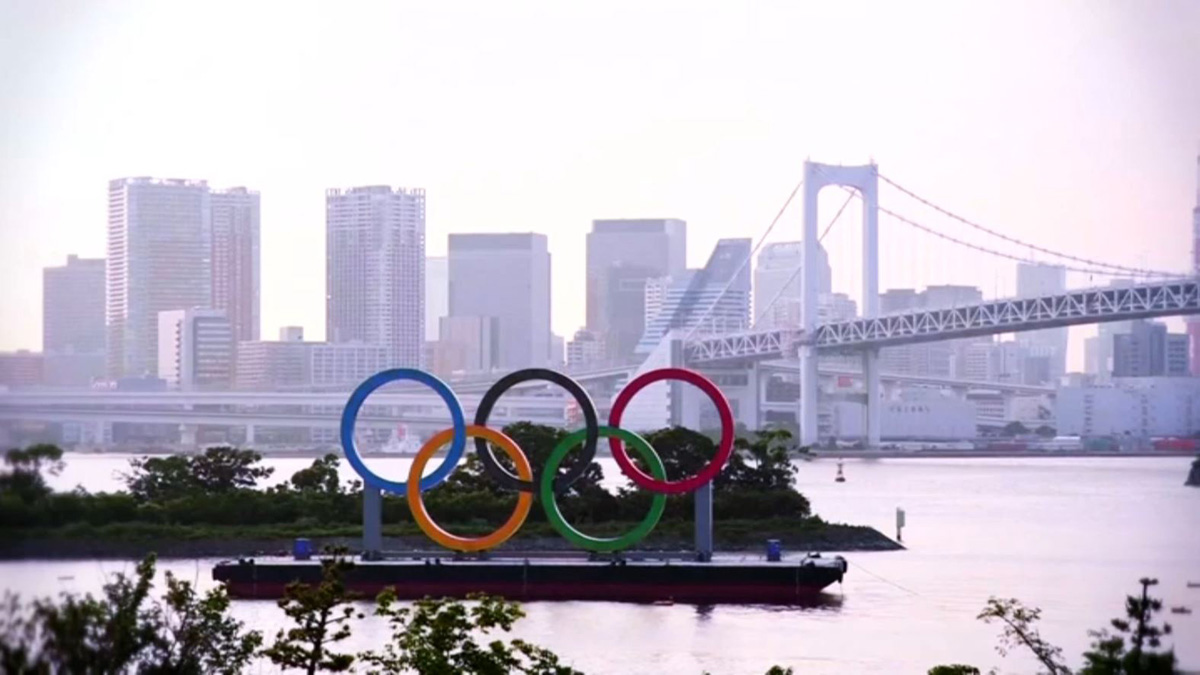 What Channels the Olympics Are on and How to Watch 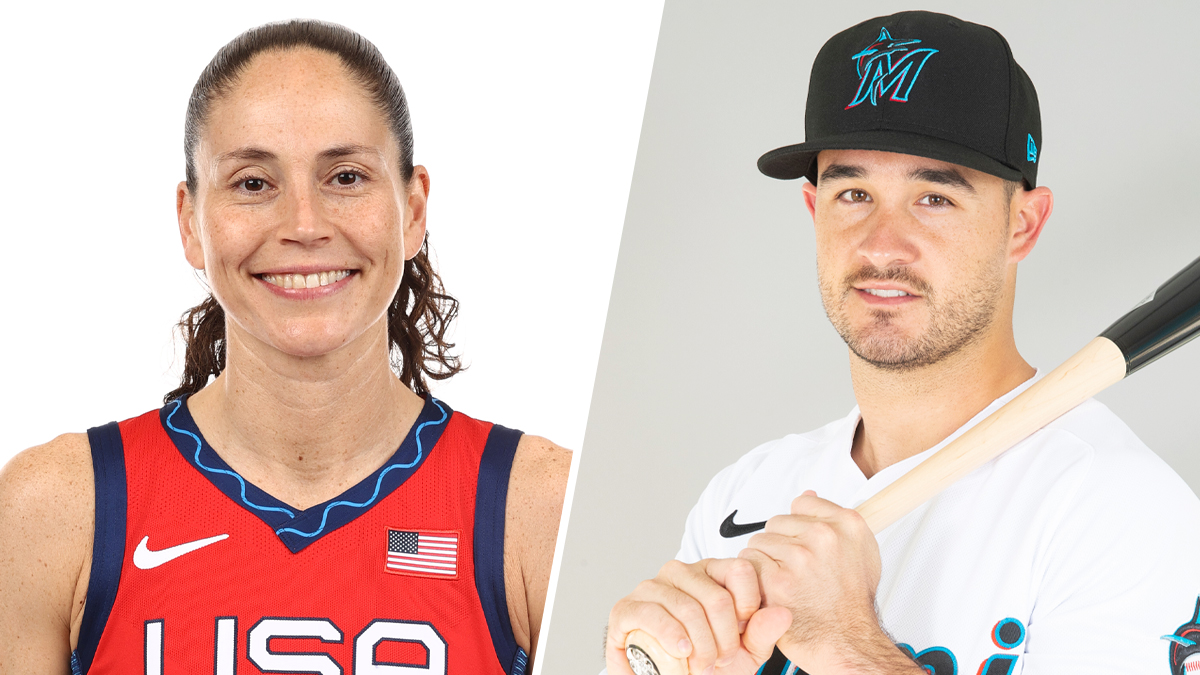 MORE: Re-live the theatrics of the 2016 Rio Opening Ceremony

4. Rowing Competition Kicks Off Ahead of Opening Ceremony

The competition began Thursday night ET for rowers in the sculling events, Friday morning in Tokyo.

Although no American men qualified in sculling events, the American women could make it to the medal podium. Kara Kohler, competing in the single, came in first in her heat with a 7:49.71, advancing to the quarterfinals. Gevvie Stone, who was the silver medalist in single sculls in Rio, teamed up with Kristi Wagner in the double sculls. The duo turned in a time of 6:55.65 in a second-place finish for their preliminary heat, advancing to the semi-finals.

In the quadruple sculls event, Ellen Tomek and Meghan O’Leary -- who won doubles together in 2016 -- are joined by newcomers Alie Rusher and Cicely Madden. They failed to qualify for the finals during their first heat, turning in a 6:34.36 and placing fifth. They will go to repechage Saturday. Medal rounds will begin in rowing on July 27.

From bugs to tiny chairs, you can find virtually anything in a vending machine in Japan. Here are some of the items you can purchase from the country's five million vending machines, according to InsideJapan Tours.

In the Olympic rowing competition, Fairlawn, New Jersey, native Tracy Eisser, a 31-year-old born-and-raised Garden State athlete who went to college at Cornell and trained at Princeton, will also compete in the women's coxless pair heats. The main difference between double sculls and coxless pair is that rowers in coxless pair each have one oar, while rowers in double sculls each have two oars.

Eisser, whose time in Tokyo will mark her second Olympic Games, came in fifth in the quadruple sculls competition in Rio and will look to best that this time around in the pair. She and her partner, Megan Kalmoe, won the pair final at the U.S. Olympic team trials and are part of the 30-member Team USA rowing team in Tokyo.

The two raced the quadruple sculls in Rio together in 2016.

HOW TO WATCH: Catch all the action on USA starting at 7:30 p.m. ET or watch live online right here.

Winning an Olympic medal can be a long, arduous, sometimes solitary battle. But most any Olympian will admit that it wouldn't mean nearly as much if they didn't have teammates to do it with, and for.
Copyright NBC New York