From Katie Ledecky's first shot at a medal in Tokyo to a New Jersey triathlete's emotional journey to the Olympics, Brooklyn's skateboarding star and the men's gymnastics final, there's plenty to see

There was no shortage of must-see action on Day 3 of the Tokyo Olympics. Six-time Olympic medalist Katie Ledecky made it seven with the 400m free, while Team USA tried to shake off the rust in the men's team gymnastics final.

Without further ado, here are our 4 to Watch on Day 3:

The men’s gymnastic team finished fifth and failed to medal for a third straight Olympics. Japan and Russia separated by .103.

Team USA, made up of Brody Malone, Sam Mikulak, Yul Moldauer and Shane Wiskus, had the fourth-best score in team qualifying but finished just behind fourth-place finishers Great Britain by a little over a point.

Team USA, made up of Brody Malone, Sam Mikulak, Yul Moldauer and Shane Wiskus, had the fourth-best score in team qualifying but finished just behind fourth-place finishers Great Britain by a little over a point.

MORE: How to watch gymnastics team-all around at Tokyo Olympics

Katie Ledecky entered Tokyo ranked second in the world this year in the 400m free, which she won in Rio in a world record that still stands.

She got her first chance at a medal in Tokyo in the women's 400m freestyle Sunday night. After delivering the fastest time in the qualifying swim, Ledecky finished second in the final to give Team USA the silver.

The U.S. men were looking to repeat as gold medalists in the 4x100m freestyle relay, and that they did. Two-time Olympic medalist Caeleb Dressel led the relay team to gold.

Torri Huske was first in the pool in contention for a medal in the women’s 100m butterfly after finishing with the fourth-fastest time in qualifying on Saturday. She delivered a true photo-finish ending, falling in fourth and missing a medal by .01 seconds.

Michael Andrew was also in the mix in the men’s 100m breaststroke after posting an impressive third-place time in qualifying but fell short of the podium.

Morgan Pearson won't just be racing for himself at the Tokyo games. John Chandler explains.

The men's triathlon got off to quite the start—two starts, to be exact.

The 56 contestants took their marks, and when the buzzer sounded, roughly two thirds of them dove into the water. The rest, however, were unable to enter the body of water because a motorboat, carrying media equipment, was in their direct line of motion.

Vincent Luis, the two-time defending world champion, was favored to win gold in his third Olympics after finishing off the podium in 2012 and 2016. But it was Kristian Blummenfelt of Norway who pushed ahead in the final stretch to take gold.

Both Americans, New Jersey's own Morgan Pearson and Kevin McDowell, competed as first-time Olympians. Pearson and McDowell raced in the middle of the pack through the 300-meter swim and 8-kilometer cycle.

Neither athlete made it to the podium and Team USA's hopes of securing its first medal in the triathlon live on to the next games. McDowell eventually pushed ahead in the 2-kilometer run to finish sixth with Pearson further behind, finishing in 42nd position.

For Pearson, the games were bittersweet.

Pearson had envisioned the moment he would qualify for the Olympic triathlon for years -- but it was a moment that earlier in the race looked as if might have slipped away. Pearson had fallen behind the lead pack after what he said was a bad transition and said he tried not to think about it too much -- especially after falling short in 2016 and missing the Rio Olympics.

That failure led him to re-evaluate his future as a runner in 2017.

"It’s like Happy Gilmore: He wants to be a hockey player, but he knows he’s better at golf!" Pearson said.

His frame and his focus were a perfect fit for the triathlon. His older brother, Andrew, thought so, too.

"My older brother, that was a big reason I got into running and swimming," Pearson said.

USA triathlon recruited Pearson, and he was back on a path toward the Olympics. He was able to come back in the race, ultimately finishing third as he punched his ticket to Tokyo.

It was a moment he hoped to share with his brother. But it wouldn't happen.

Ten weeks before the qualifying race, Andrew was gone. He died in his sleep on March 1.

"He's with me every day, every hour," Pearson said. "It was never hard. Maybe that was him keeping me on the gas – that’s what big brothers do." 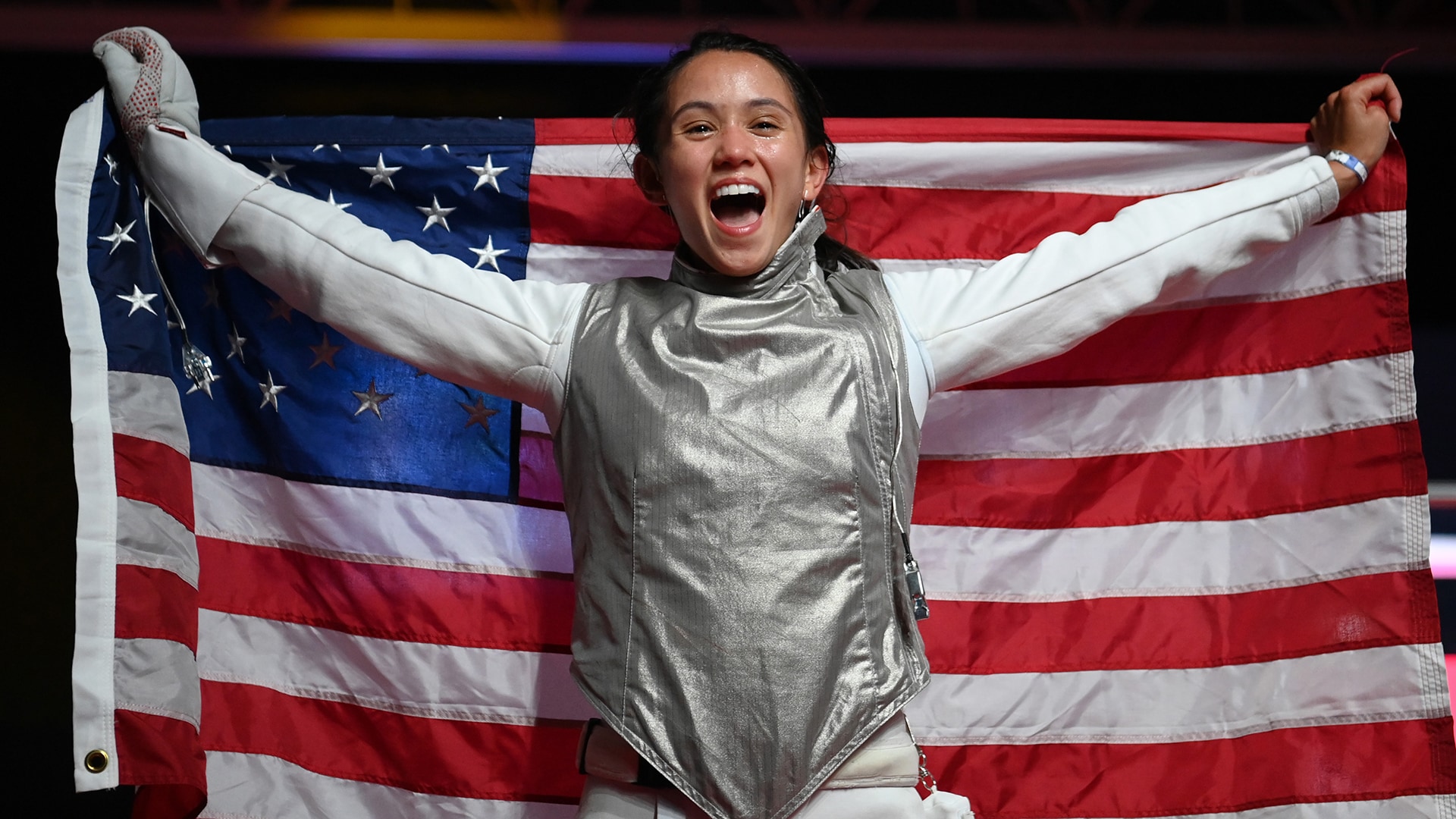 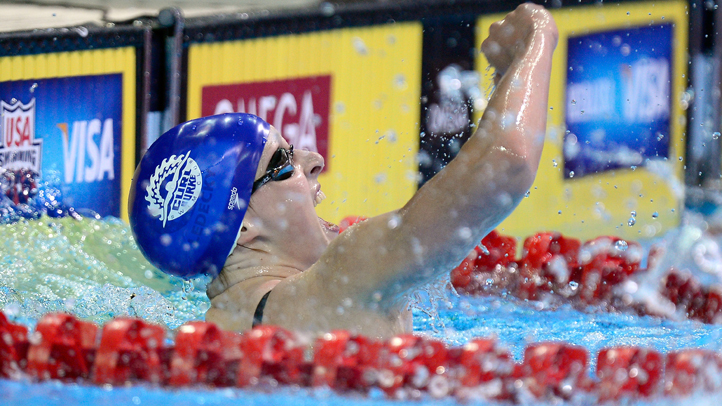 14 Olympic Records and the Tokyo Olympians Who Might Break Them

The women’s street event takes place a night after the inaugural Olympic men’s street skateboarding competition was filled with falls. Jagger Eaton took bronze for the U.S., whereas Nyjah Huston disappointed with a seventh-place finish.

At just 13 years old, Japan's Momiji Nishiya skated into history Sunday night by winning the first-ever women’s Olympic street skateboarding event in Tokyo. Nishiya helped the host nation sweep both the street competitions after Yuto Horigome won gold in the men's event the previous day. Nishiya made more history in addition to winning the events Olympic debut; she also became one of the youngest Olympic gold medalists ever.

Sablone, 34, just narrowly missed the medal and placed fourth behind Nishiya, Brazil's 13-year-old Rayssa Leal and Japan's 16-year-old Funa Nakayama. The Connecticut native had less than one point to beat Nakayama but she wiped out on her last attempt.

Sablone has six X Games medals, highlighted by three street golds. The 34-year-old from Old Saybrook first made a name for herself in the skateboarding world in 2002. Since then she has won three X Games gold medals, two silver, and two bronze, according to her team bio. She is also currently the only pro female on several all-male teams, including Converse and Alltimers Skateboards.