“What they going to say now?” head coach Shaheen Holloway said about his team's doubters, a group whose numbers are dwindling.

The Cinderella team of the NCAA Tournament hasn't had their last dance yet!

Saint Peter's, a number 15 seed, knocked off yet another basketball powerhouse, toppling the Purdue Boilermakers 67-64 to advance to the Elite Eight. With the win, the Peacocks become the first-ever 15 seed to make it this far in the tournament.

Purdue, a 3-seed in the tournament, was at one time the top-ranked team in the nation earlier in the season. 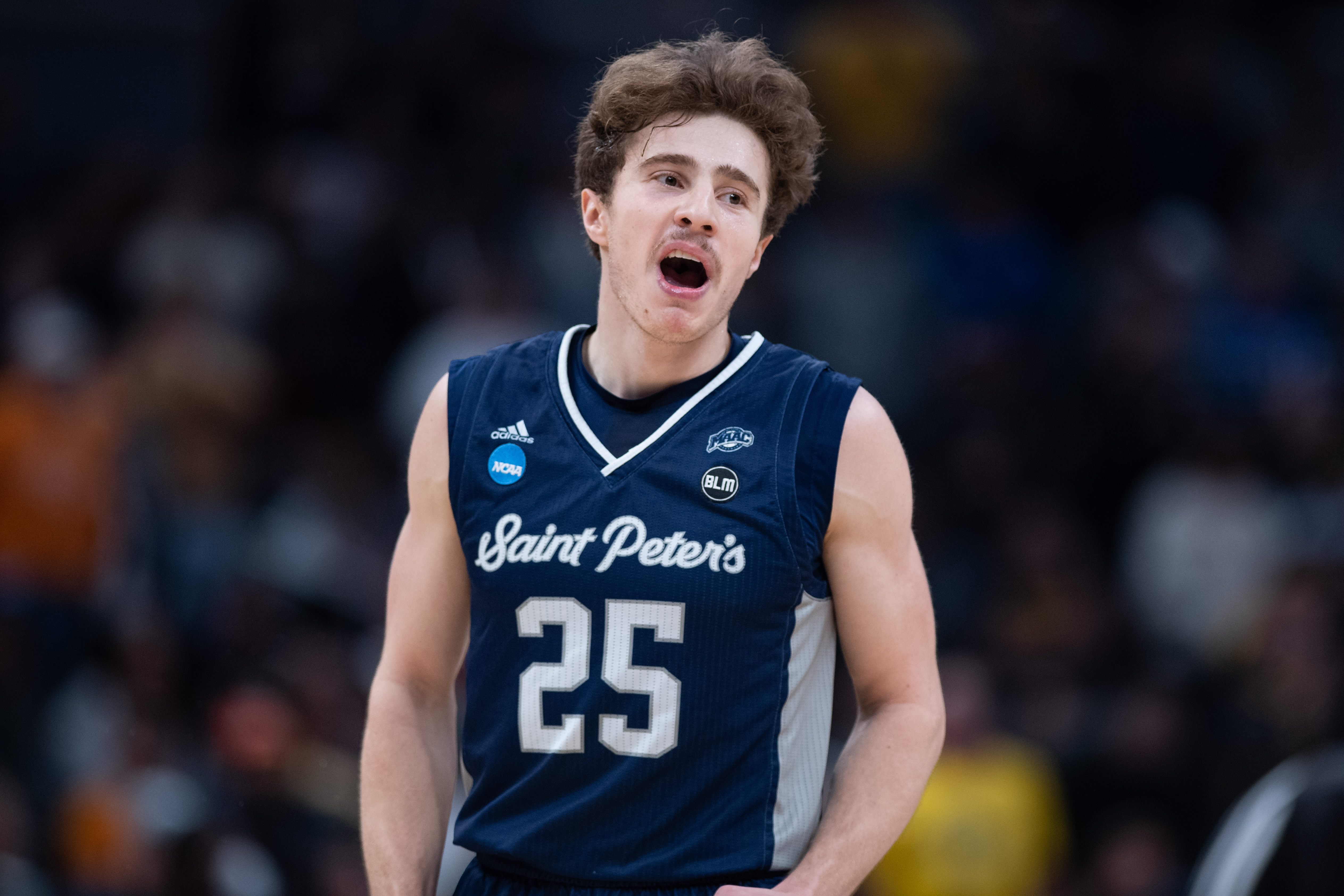 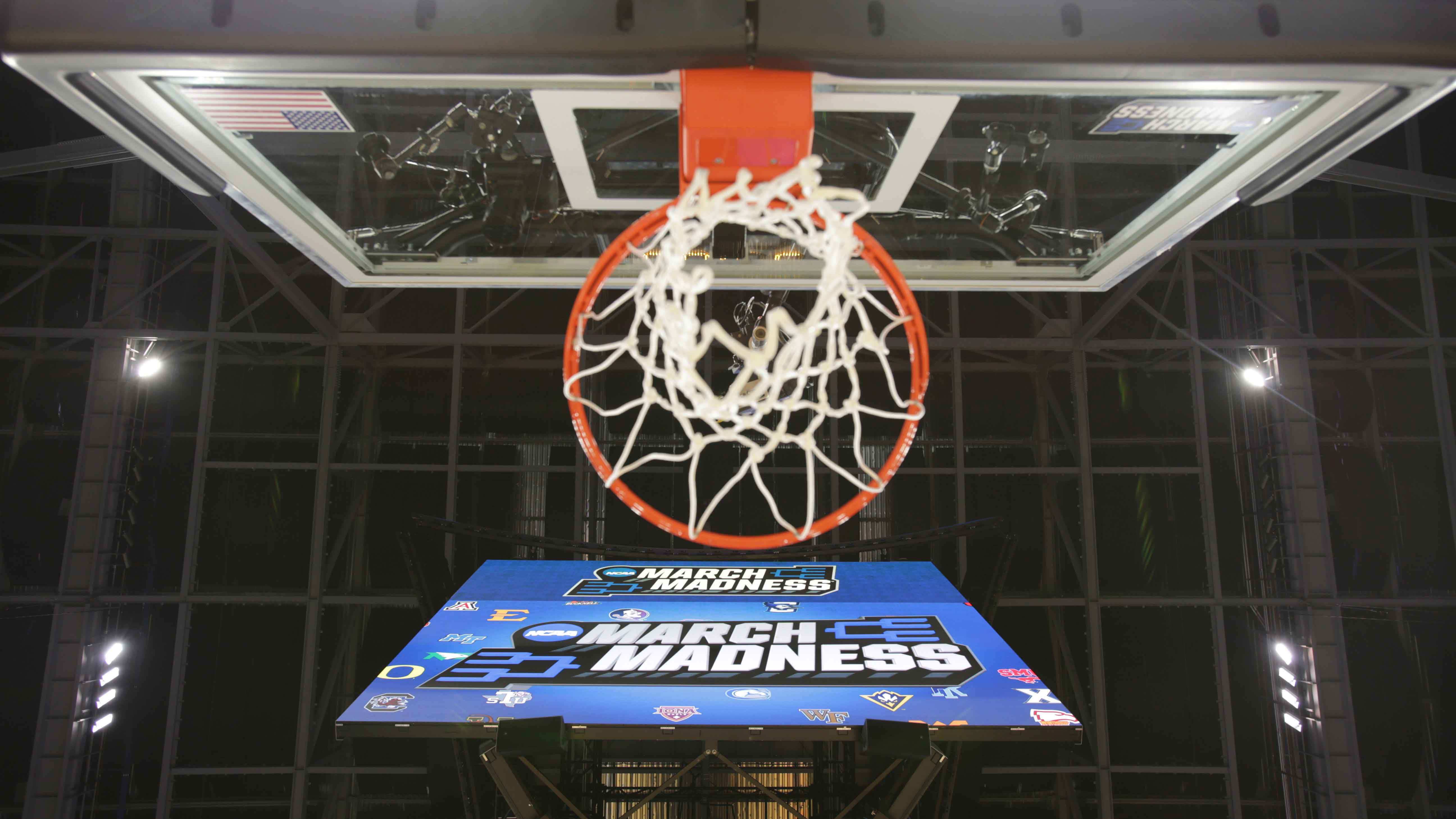 March Madness: What To Know About Men's Sweet 16, Elite 8 Games

Daryl Banks III scored the tying and go-ahead baskets that pushed Saint Peter’s to the brink of the Final Four, the tiny Peacocks thriving off a home-court edge in Philadelphia. The Peacocks had the fans inside the packed Wells Fargo Center on its side from the opening tip and the arena erupted when Banks tied the game 57-all on a turnaround jumper. He hit a driving layup with 2:17 left that made it 59-57.

The team kept their composure — hey, they’re used to these wins by now after knocking off No. 2 seed Kentucky and Murray State — and held off a Purdue team that gamely tried to bully them inside. Purdue's Jaden Iven buried an NBA-distance 3 with 8 seconds left that pulled Purdue within 65-64 and momentarily shushed the crowd.

No worries. Doug Edert, whose wispy mustache and goofy persona earned him a fast-food chicken endorsement deal, sank two free throws to seal the win after a last-second three from the Boilermakers was off the mark.

The Peacocks hopped the press table and saluted fans in the first few rows. They mobbed each other and hugged and starting waving down fans and friends before they gathered at the basket to celebrate — one more time — the biggest win in program history.

Banks led the Peacocks with 14 points, Clarence Rupert scored 11 and Edert had 10.

“What they going to say now?” coach Shaheen Holloway said about his team's doubters, a group whose numbers are dwindling.

As the team — and the school — get ready for their Sweet 16 matchup against Purdue, one player on the team is getting to experience an NCAA Tournament run similar to his father, who won a title more than 40 years ago. NBC New York's John Chandler and Bruce Beck report.

Saint Peter’s fans made the 93-mile ride south to help pack the arena and give the Peacocks more of an edge than they usually have at their bandbox known as Run Baby Run Arena. Consider, just 434 fans were listed as the total attendance for Saint Peter’s home opener this season against LIU.

More fans than that turned out to give the team a Sweet 16 sendoff from campus this week.

Even more basketball fans -- yes, even those whose brackets the Peacocks help bust -- were suddenly rooting for the tiny Jesuit commuter college in Jersey City, New Jersey, just across the Hudson River from Lower Manhattan.

Heading into the NCAA Tournament, even those who bothered to research the Peacocks' season and history in the Big Dance might have come away underwhelmed.

Saint Peter's was winless in its three previous trips to the NCAA Tournament, the last one coming in 2011. The team got off a 2-5 start this season and went 28 days without a game (Dec. 18-Jan. 14) because of COVID-19 issues. It had a 12-11 record in mid-January and entered the tournament with rumors swirling that coach Shaheen Holloway would depart for a job at Massachusetts or his alma mater, Seton Hall — which now has a vacancy.

The ultimate underdogs hope to take down another top seed and make history by advancing to the Elite Eight. NBC New York's John Chandler reports.

On Wednesday, as the team was getting ready to board the buses for their Sweet 16 matchup against Purdue in Philadelphia, the players walked onto campus and were treated like pro athletes, with love from the crowd overflowing during a friendly send-off.

"This is something that we weren’t expecting because it’s been so many years, but we’re actually happy to see that we’re making history," said student Valeria Calle. "St. Peter’s University is shocking the country and everybody’s seeing it."

St. Peter's will play the winner of North Carolina and UCLA on Sunday.