Jets are just 1-4 away from home

Road games have been nothing but trouble for the Jets this season. Four of the team’s five losses have come away from home, and the performances have largely been pitiful.

With Sunday’s game taking place in Baltimore, the struggles they’ve had on the road simply can’t be ignored.
The Jets have been defeated soundly by a combined score of 165-76 in their five road games. While they haven’t exactly been dominant in winning four out of five games at MetLife Stadium, the Jets have outscored their opponents at home 107-103.
Dropping six passes and turning the ball over four times in New England against the Patriots in Week Two set the tone for what would become a recurring theme for the Jets this year. The 13-10 loss was a prime example of the team playing sound defense up front, yet shooting themselves in the foot in other facets of the game. 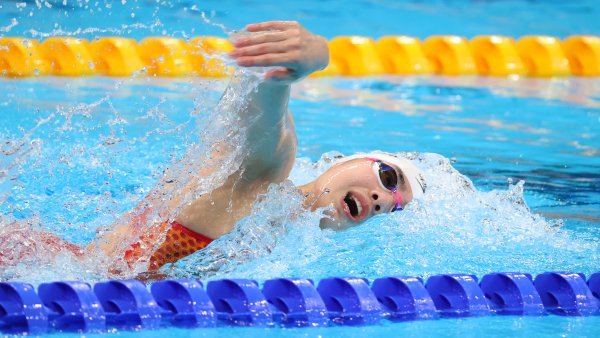 At the time, the three interceptions Geno Smith threw in the fourth quarter were understandably blamed on rookie jitters in his first start on the road. With each passing week though, his disastrous outings have become less and less of an anomaly.
Smith threw two interceptions, and fumbled twice, in an ugly 38-13 loss to the Tennessee Titans just two weeks later. The game in Nashville was marred by ten penalties and Titans receivers running past the Jets secondary like they were standing still.
The Titans currently sit one game behind the Jets for the final playoff spot in the AFC, meaning this lousy effort could come back to haunt Gang Green if they find themselves sitting at home come the postseason.
Winning at the Georgia Dome and upsetting the Atlanta Falcons on Monday Night Football seemed like a very big deal in early October. The team’s only road win thus far was a lot more impressive though a month and a half ago than it is now.
Atlanta was considered to be a Super Bowl contender off to a sluggish start back in Week Five, but they are currently tied for the second-worst record in the NFL.
Nonetheless, Smith played incredibly well against the Falcons. Looking poised and playing efficiently, it remains just one of two games this season, either home or away, that he didn’t throw an interception.
The win, in front of a nationally televised audience, appeared to put the rest of the league on notice that Smith and the Jets were for real.
Following a two-game homestand, which saw a disappointing loss to the Pittsburgh Steelers and a controversial win over the Patriots, the Jets were absolutely dominated by the Bengals in Cincinnati.
Much like the loss to the Titans, Smith threw two interceptions and the defensive backfield was torched by the Bengals.
Little-known receiver Marvin Jones caught eight passes for 122 yards in the win and set a franchise record with four touchdown receptions. In three games since his big day against the Jets, Jones has caught a total of just six passes for 77 yards, with zero touchdowns.
Coming off a bye week and riding high after a win over the New Orleans Saints, this past Sunday’s game against the Buffalo Bills was supposed to be different than the other road games. The trip to Buffalo was viewed as an opportunity to finally win two games in a row for the first time this season and marked the first time in quite a while that the Jets would be close to full strength.
Instead, the Jets embarrassed themselves in a lopsided loss.
The Bills perceived themselves to be at a disadvantage with the Jets coming in well-rested, yet it was Buffalo who looked the part of a fresh team with plenty of time to prepare.
While Smith played arguably his worst game as a pro, and was benched for a second straight road game, the loss was a team-wide display of ineptitude.
Despite a 4-6 record, the Ravens have performed quite well at home. Heading into Sunday, they’ve won three of their four games played in Baltimore.
The good news for the Jets is there are only two games left on the road after this weekend.
However, a loss would give them an identical record to the Ravens, which could prove to be backbreaking in a potential tiebreaker scenario to see who makes the playoffs.