Today marks one year since the professional golfer was in a one-vehicle accident that left him with multiple leg injuries, including fractures to his tibia and fibula

One year ago today on Feb. 23, 2021, Tiger Woods flipped his SUV in Southern California, resulting in significant injuries to the golfer's legs.

Woods lost control of the SUV on a winding road, hit the median and a tree and rolled his vehicle. According to past reporting, he was traveling somewhere in the 87 mph range. The speed limit was 45 mph. At the time of the accident, Woods was recovering from his fifth back surgery. The collision report, released by the Los Angeles County Sheriff's Department, stated the cause of the accident to be “driving at a speed unsafe for the road conditions and the inability to negotiate the curve of the roadway."

In Nov. 2021, the 15-time major champion held his first press conference since the accident. When asked if he could see himself winning a major golf event in the future, Woods responded, "I have to prove it to myself at practice first." He was also asked if he would speak about the accident and the events that led up to it. Woods deflected the question and has never spoken about the time prior to the accident. 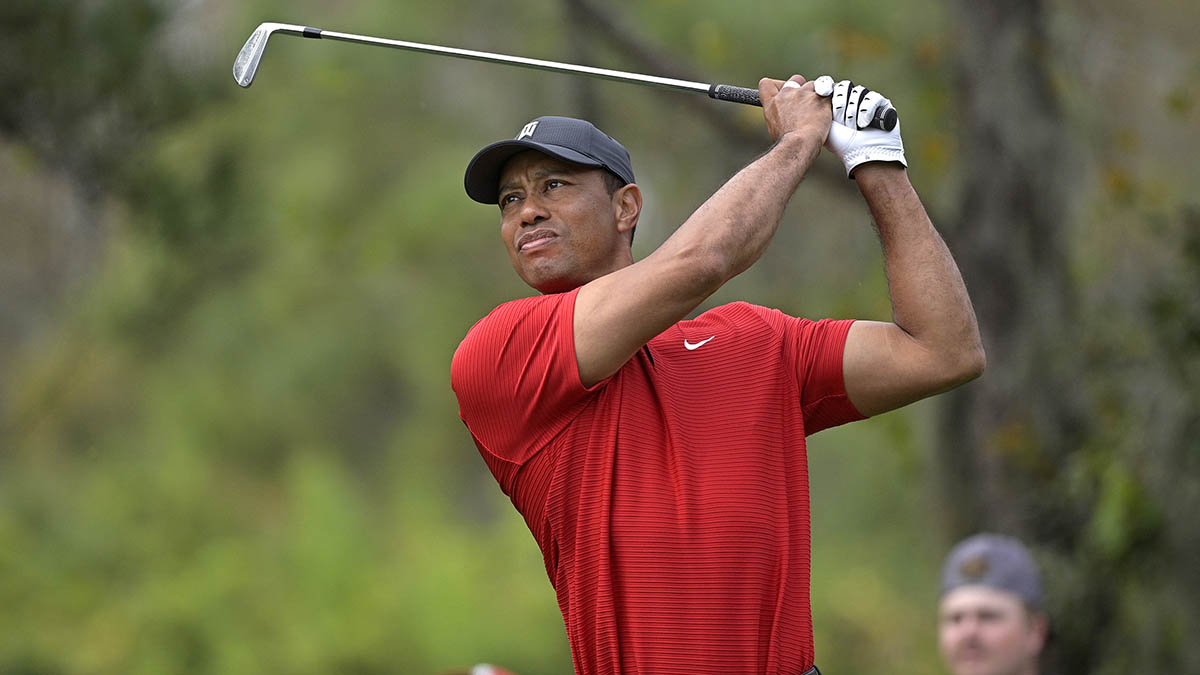 In Dec. 2021, he attended his first competitive golf event since the accident at the 2021 PNC Championship with his 12-year-old son Charlie. The father-and-son duo finished second.

Last week, Woods hosted the Genesis Invitational. During a news conference at Riviera Country Club before the professional golf tournament, Woods spoke about his leg injuries.

"I'm very lucky, very lucky," Woods said. "As a lot of you guys know, I didn't know if I was going to have the right leg or not. So to be able to have my right leg still here, it's huge. I still have a lot of issues with it, but it's mine and I'm very thankful for that."