Brooklyn's blockbuster brought James Harden to play with Kevin Durant and Kyrie Irving, creating a team with potential to shoot its way out of any situation.

Milwaukee's move gave Giannis Antetokounmpo and Khris Middleton a top two-way guard in Jrue Holiday, who could run his team and slow down the other.

Both teams hoped their big trade was the one that would lead to a championship.

One of them won't even get halfway there. 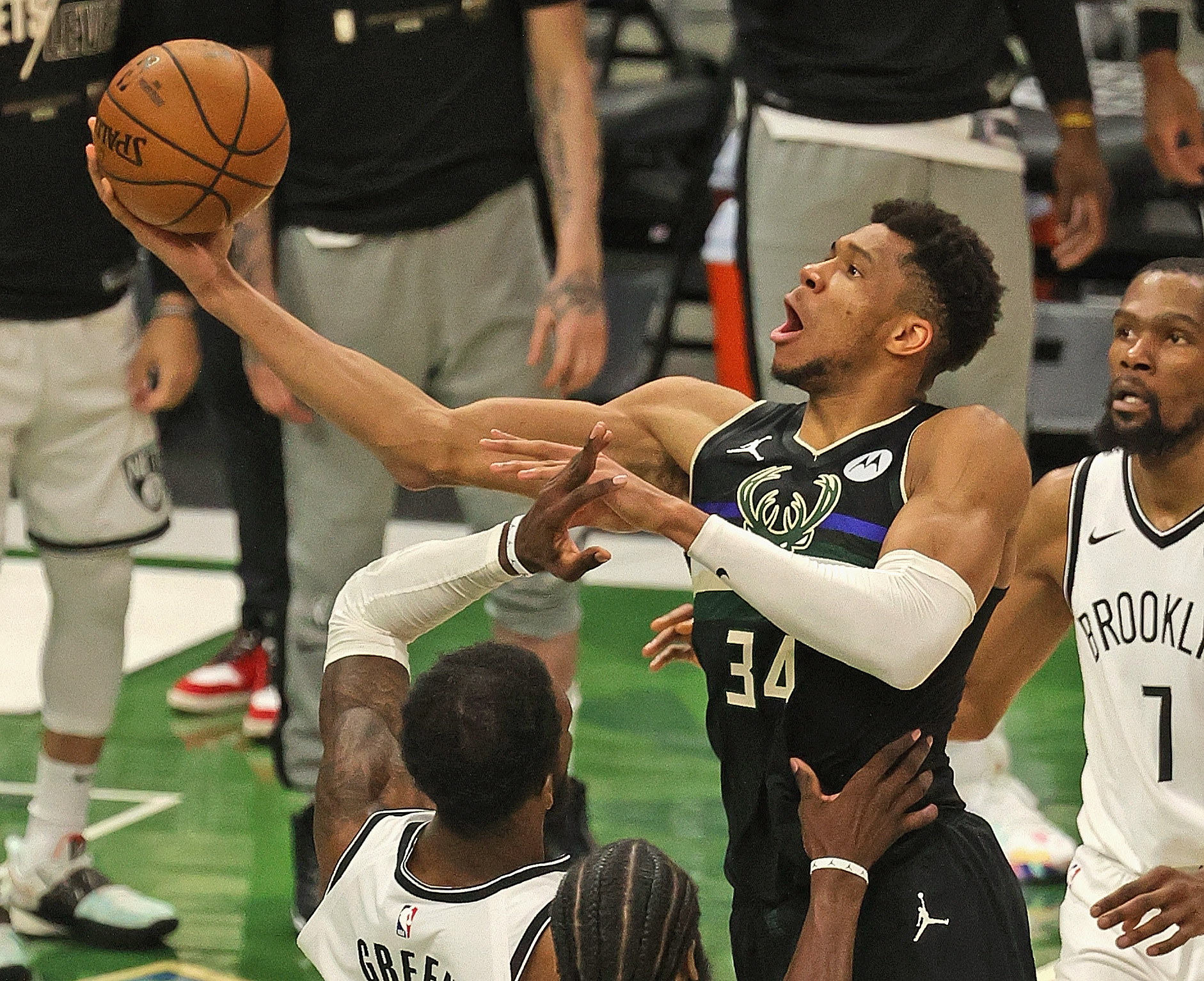 Nets Fall to Bucks 104-89, Setting Up Pivotal Game 7 in Brooklyn 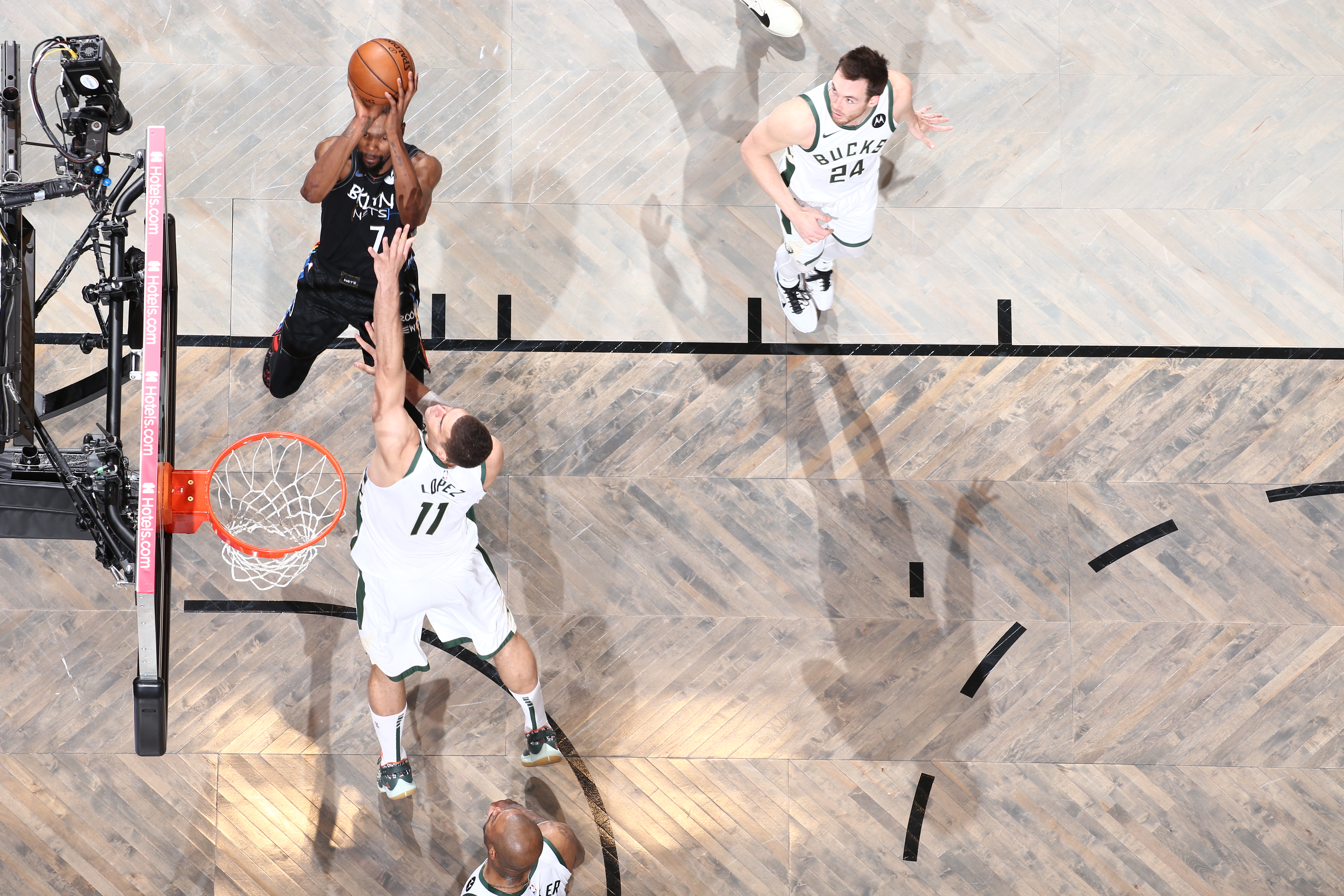 The Nets and Bucks play Game 7 of their second-round series Saturday in Brooklyn, with the winner moving on to play for the Eastern Conference title and the loser falling well short of expectations.

“With everything we’ve built and been through, we got the second seed for this particular reason and we’ve just got to go out there and hoop,” Harden said. “At home. One game.”

In a series where the home team has won every game, the Nets hope their strong ending to the regular season pays off now. They won their final five games to finish two games ahead of the Bucks for the No. 2 seed, giving them home-court advantage in this round.

Brooklyn is 6-0 at home in the playoffs and 24-3 against East teams at Barclays Center this season.

“We haven’t won on the road yet and that’s the only way we knew we were going to win this series, if we got a win on the road, and it’s coming down to the last game,” Middleton said.

With Irving sidelined by a sprained ankle and Harden limited in his return from right hamstring tightness, the Nets are a shell of the team that led the league in shooting percentage and was second in scoring this season.

The Nets have been held below 100 points in three of the last four games and might not have gotten there without Durant's 49 points in their 114-108 victory in Game 5.

“Since Game 3 to Game 6, we’ve played four great games and we’ve just got to keep trusting one another, keep trusting our habits, keep making it tough for them,” Antetokounmpo said.

Durant scored 32 more in Game 6 and Harden had 16, but Blake Griffin was the only other Nets player in double figures with 12. Jeff Green managed only five after his 27 points in Game 5 and Brooklyn got only nine points from its bench as Steve Nash largely stuck with his starters.

“This is what it is. This is the deck we have,” Nash said. “We’re going to solve as many puzzles as we can and we’re also going to try to play our hearts out and enjoy the opportunity, as we have done all year. We’ve found ways to persevere and give ourselves an opportunity when it didn’t look good and for us inside our group we feel great.”

Meanwhile, Middleton comes off his best performance, with 38 points, 10 rebounds, five assists and five steals in Game 5 after struggling early in the series. Antetokounmpo had 30 points and 17 rebounds, his fourth straight 30-10 game.

NEED TO KNOW: The Nets are trying to reach the Eastern Conference finals for the first time since making their only two NBA Finals appearances in 2002 and 2003. The Bucks are trying to avoid a second straight second-round exit, but are 0-7 all-time in Game 7s on the road.

KEEP AN EYE ON: Middleton. With 29.3 points per game over the last four, the All-Star looks nothing like the player who opened the series by missing 25 of his first 31 shots. He was 11 for 16 in Game 6 and the Nets have to find some way to slow him down Saturday.

INJURY WATCH: Irving has been ruled out for the third straight game. Harden said he hoped to continue improving heading into Game 7, after missing all but 43 seconds of the first four games. He appeared to be moving better Thursday, but still not enough to play with much pace.

PRESSURE IS ON: Durant. The series might already be over if not for his historic performance in Game 5. Now it's the season that might be over after Saturday if he can't find some way to dazzle again with the lack of help the Nets appear capable of giving him right now.