Naomi Osaka Weighs Another Break From Tennis After US Open Loss

She also sat out Wimbledon, before participating in the Tokyo Olympics, where she lit the cauldron as one of Japan's most famous athletes

Naomi Osaka looked over at her agent and said she wanted to tell the world what the two of them had discussed privately in an Arthur Ashe Stadium hallway after her U.S. Open title defense ended with a racket-tossing, composure-missing, lead-evaporating defeat in the third round. 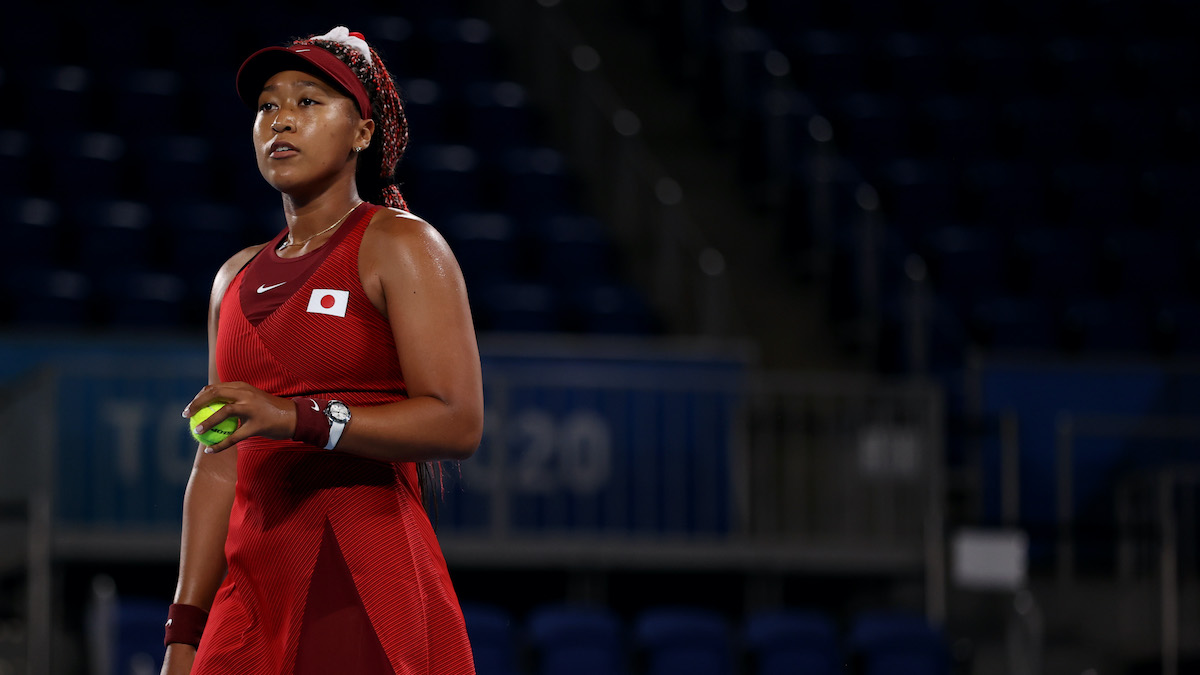 And then Osaka, pausing every so often as her voice got caught on her words and her eyes filled with tears, said Friday night she is thinking about taking another break from tennis “for a while."

“I feel like for me, recently, when I win, I don’t feel happy, I feel more like a relief. And then when I lose, I feel very sad," Osaka said at her news conference following a 5-7, 7-6 (2), 6-4 loss at Flushing Meadows to Leylah Fernandez, an 18-year-old from Canada who is ranked 73rd and never had been this far in Grand Slam competition. “I don’t think that's normal.”

The moderator in charge of the session with reporters attempted to cut things off, but Osaka said she wanted to continue.

“This is very hard to articulate,” she said, resting her left cheek in her hand. “Basically, I feel like I’m kind of at this point where I’m trying to figure out what I want to do, and I honestly don’t know when I’m going to play my next tennis match.”

Crying, she lowered her black visor over her eyes and offered an apology, then patted her palms on both cheeks.

“Yeah," Osaka added as she rose to leave, “I think I’m going to take a break from playing for a while.”

This was the first Slam tournament for the 23-year-old Osaka since she pulled out of the French Open before the second round to take a mental health break after having announced she would not participate in news conferences in Paris.

She also sat out Wimbledon, before participating in the Tokyo Olympics, where she lit the cauldron as one of Japan's most famous athletes.

Naomi Osaka of Japan, the world’s No. 2 tennis player, was eliminated from the women’s singles tournament in an upset after losing to Marketa Vondrousova in straight sets.

Osaka owns four Grand Slam titles, including at the U.S. Open in 2018 — beating Serena Williams in a chaotic final — and a year ago, plus two more on the hard courts of the Australian Open. When she took a hiatus after Roland Garros, she revealed that she endures waves of anxiety before meeting with the media and has dealt with depression for three years.

Over the last week, Osaka has written on social media and spoken about her thoughts on the importance of self-belief and how she wants to ignore others' expectations.

The first sign Friday that things were not entirely OK with Osaka came when she smacked her racket against the court after dropping one point. Moments later, Osaka chucked her equipment, sending it bouncing and skidding halfway to the net. Then came a full-on spike near the baseline.

Afterward, she compared that behavior to acting “kind of like a little kid.”

“I was telling myself to be calm, but I feel like maybe there was a boiling point,” Osaka said. “Like, normally, I feel like I like challenges. But recently I feel very anxious when things don’t go my way, and I feel like you can feel that."

Her game was off. Her game face was gone. By the end, the crowd was booing her for turning her back to the court and taking too much time between points.

Soon enough, the No. 3-seeded Osaka was out of the bracket.

This day had that sort of vibe: Earlier in Ashe, another 18-year-old new to this territory surprisingly eliminated a No. 3 seed when Carlos Alcaraz of Spain edged French Open runner-up Stefanos Tsitsipas 6-3, 4-6, 7-6 (2), 0-6, 7-6 (5) to become the youngest man into the fourth round at Flushing Meadows since Michael Chang and Pete Sampras in 1989.

Osaka came in with a 16-match winning streak at majors. Still, Fernandez declared: “Right before the match, I knew I was able to win.”

Pro athletes including retired tennis star Martina Navratilova, Seattle Seahawks QB Russell Westbrook and many others shared messages of support for tennis phenom Naomi Osaka after she withdrew from the French Open, citing concerns about her mental health and the impact of media interviews on it.

For Osaka, maybe the time away from high-level competition was an issue.

Another possible factor in her failure to close things out while serving for the victory against the left-hander Fernandez at 6-5 in the second set: Osaka hadn’t played a match since Monday. The usual day-on, day-off rhythm at Slams was disrupted because the woman Osaka was supposed to meet in the second round, Olga Danilovic, withdrew with an illness.

“I’ve never had a walkover in a Grand Slam, so that was definitely a really weird feeling,” Osaka said.

On Friday, Osaka was quite good down the stretch in the opening set. She grabbed 12 of 13 points, including the last nine, with a break at love to go up 6-5, and a hold at love with the help of a pair of aces at 112 mph and 114 mph to end it.

Seemed on track for a similar conclusion in the second set, leading 6-5 and serving. But when Osaka sailed a forehand wide, Fernandez had her first break of the match to make it 6-all.

“Finally, I found a pattern to her serve,” Fernandez said. “I just trusted my gut and hit the ball.”

And so began Osaka’s downward spiral. She fell behind 5-0 in the ensuing tiebreaker, missing shots and displaying her frustration as she occasionally has done in the past — by flinging her racket.

Chair umpire Alison Hughes did not sanction Osaka then, although later a warning was issued for hitting a ball into the stands.

“I wasn’t really focused on Naomi,” Fernandez said. “I was only focused on myself, my game, what I needed to do.”

More to the point, Osaka was not at her best. She left the court with a white towel draped over her head after the second set, then sat in her changeover chair in that same block-out-the-world manner.

Fernandez, smiling and holding her right fist overhead after the biggest of points, certainly had something to do with the outcome.

She won 18 of 19 first-serve points — and never faced a break point — in the third set.

Fernandez’s knee-to-the-ground, quick-redirect style at the baseline is reminiscent of another lefty, Angelique Kerber, a three-time Grand Slam champion who won the 2016 U.S. Open.

And who just so happens to be the next opponent for Fernandez.

“I’m going to put on a show like I did tonight,” Fernandez said, “and we’re going to see how it goes.”