Mets President Sandy Alderson says the biggest impediment in the club's dragging search for a general manager isn't his presence nor owner Steve Cohen, but the spotlight created by the New York market.

“I think it’s mostly about New York, and not about, you know, Steve or the organization or what have you," he said Tuesday. "It’s a big stage and some people would just prefer to be elsewhere.”

Alderson said the team is considering several candidates for its vacancy, but he does not have any interviews lined up during baseball's general manager meetings this week in Southern California. He hopes to have some clarity by the end of the week but did not want to set a deadline for when New York will end its ongoing search. 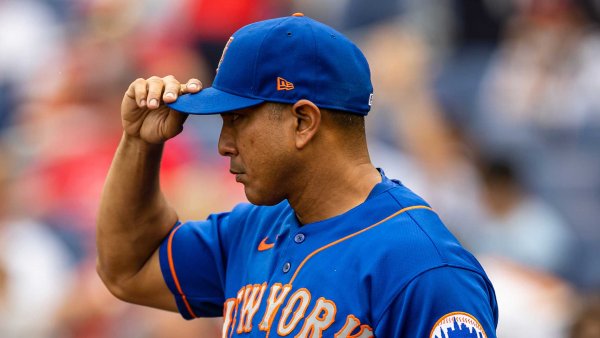 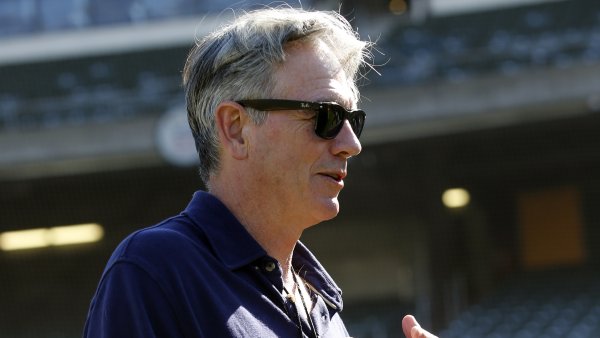 Billy Beane Addresses Rumors He Could Leave A's for Mets

“I don’t want to give you a timeline,” he said. "We’ve already blown through what most people would say is a reasonable timeline.”

New York fired acting general manager Zack Scott on Nov. 1, two months after he was arrested on charges of drunken driving. Scott was promoted to the role in January when Jared Porter was fired after fewer than 40 days on the job following revelations he sent sexually explicit text messages and images to a female reporter in 2016 while working for the Chicago Cubs.

Porter and Scott were hired last offseason after Alderson and Cohen failed in their search for a president of baseball operations. Alderson said the club has hit a similar roadblock this offseason.

Alderson said several candidates were unable to get permission from their current club to interview for the job, while others have declined because they are too comfortable personally or professionally where they are.

Largely, though, he thinks New York itself is keeping people away.

“There are a lot of factors that come into play, but I would say it’s, you know, it’s not unforgiving, but it’s a demanding place," he said. "Which I enjoy, by the way.”

Alderson said he has interviewed many candidates and Cohen has interviewed some. He believes the organization will make just one hire, for a general manager. He did not rule out the possibility that a president of baseball operations could be hired above that GM in future offseasons.

“Assuming we only hire one person, there will be at least a year runway for that person to demonstrate their ability and their potential," he said. "I’ve said this to others in the past, that’s the opportunity. That’s all you can ask for. And demonstrated ability tends to get rewarded.

Alderson said he was a little surprised by how many candidates had turned them down.

He also denied that concerns about autonomy have led to some of those nos. Alderson, who has 40 years of baseball experience, will oversee whoever is hired, and his son, Bryn, is an assistant general manager.

He called concerns about Bryn's position “a red herring” and said he isn't even telling his son who is under consideration. Alderson also said he believed his working relationship with Scott this season was strong and demonstrated the freedom an incoming GM would have.

“Am I there to advise? Yes,” he said. "But if you look at my relationship with Zack over the last year, it was probably more of that oversight early, but as he got involved in the day to day operation, there was less and less and that.”

Alderson said during the season he would wait for Scott's legal issues to be resolved before acting on his employment, but with Scott scheduled for a December court date, the team fired him this month due to the uncertainty entering the offseason.

He said Tuesday that Scott is “a good man” and the club strongly considered bringing him back.

“In my view, Zack did an excellent job for us," he said. "I thought he was constantly working the wire and trying to make the club better.”

Character is a concern for Alderson and the Mets, which in recent years have hired Porter as well as former manager Mickey Callaway, who last May was banned by Major League Baseball through at least 2022 following an investigation of sexual harassment allegations.

Alderson defended his hiring of Callaway in 2018 by saying he was the “hottest commodity on the market to manage."

“Could we have done more to uncover some facts in retrospect? I think that's always, almost always the case,” he said.

The Mets are also without a manager after firing Luis Rojas last month, and Alderson said he will wait until a GM is hired before picking up that search.

Despite all that, Alderson said the Mets “continue to function.” The club extended $18.4 million, one-year qualifying offers over the weekend to free agents Noah Syndergaard and Michael Conforto, and he said Tuesday that Conforto's agent has already informed him the outfielder will decline.

The Mets sent a small delegation to the GM meetings this week, and Alderson said he wasn't worried about being here without a general manager as leaders from all 30 baseball operations departments gather.

Alderson joked that he's interviewed so many candidates for the Mets job that “probably half the people are going to be here today."

Still, he said, “I’m confident that we’re going to find somebody very capable and right for the job.”