With a soaring shot headed for Yankee Stadium's Monument Park, Aaron Judge got New York back on track for another memorable October.

Judge ignited a rousing rally with a home run, then doubled during a four-run eighth inning to spur the unflappable New York Yankees over the Houston Astros 6-4 Tuesday night and tie the AL Championship Series 2-2.

The Baby Bombers trailed 4-0 against starter Lance McCullers Jr. until Judge homered leading off the seventh. He tied it with a line drive that nearly left the park in the eighth and scored when Gary Sanchez hit a go-ahead two-run double off loser Ken Giles.

The Yankees overcame three errors and have roared back from a second straight 0-2 series deficit - they beat Cleveland in the Division Series by winning three in a row to take that best-of-five matchup. 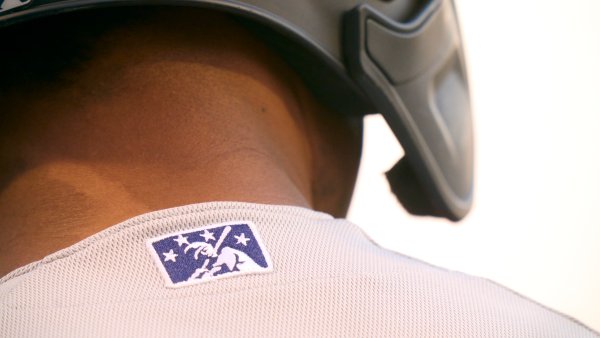 Aroldis Chapman struck out two in a perfect ninth to cap a three-hitter. New York improved to 5-0 at home in the playoffs and won for the 18th time in their last 21 home games.

Yankee Stadium will be rocking again when Masahiro Tanaka pitches for New York against Dallas Keuchel in Game 5 Wednesday. It's a rematch of the series opener, when Keuchel outdid the Japanese right-hander in a 2-1 Astros win.

An AL MVP candidate marred in a sluggish October, Judge sparked the Yankees by chasing McCullers, who baffled the Yankees with his power breaking ball.

Except for the last one.

"Once we're within striking distance like that, anything can happen," Judge said.

Todd Frazier led off the eighth with a double to left, and pinch hitter Chase Headley then did the same - only after falling between first and second base, taking one step back, then heading for second and sliding in ahead of Jose Altuve's tag.

"Panic," Headley recalled. "I went from one of the best feelings of my career to one of the worst in just a matter of seconds, but fortunately it worked out."

Brett Gardner brought in Frazier on a groundout, and Judge came to bat with the bundled crowd on its feet.

He reached down to stay with a slider and drilled a double high off the left-field wall as a fan in a longsleeve yellow shirt reached down and touched the ball. Gardner came home with the tying run, and Gregorius grounded a single just beyond shortstop Carlos Correa's reach to put runners at the corner. Sanchez, who had been 0 for 13 in the series, scored them both with a slicing drive that skipped to the wall in right-center.

Houston had not lost consecutive games since Sept. 8-10 at Oakland and the major leagues' best road record during the regular season. The Astros had just three hits and are hitting .153 in the series.

Yankees starter Sonny Gray pitched one-hit ball through five innings but again had no run support. His teammates have yet to score for him in four career postseason starts while he's still on the mound, including twice with New York this year.

Houston took a 3-0 lead in the sixth after George Springer walked leading off, and Josh Reddick reached on catcher's interference by Austin Romine - inserted into lineup for his defense.

Robertson walked Altuve and struck out Carlos Correa before Yuri Gurriel lined a three-run double past Frazier and all the way to the wall. Gurriel got hung up between second and third as Altuve scored, and he was tagged out by Judge to end a rundown.

Houston added a fourth run when second baseman Starlin Castro misplayed Brian McCann's grounder in the seventh, allowing Marwin Gonzalez to score from second. It was Castro's second error of the game.

Tanaka has been receiving treatment on his leg after being struck by Josh Reddick's line drive in Game 1. He did not expect it to be an issue Wednesday.