The New York Jets moved up in the NFL draft again and added another speedy playmaker to their offense.

Iowa State running back Breece Hall was taken with the 36th overall pick Friday night after the Jets acquired it from the Giants for their second-round selection — No. 38 — and a fifth-rounder.

Hall was staying at a hotel in the Las Vegas area and watching the draft, but didn’t attend. He instead was celebrating with friends and family when he received the call from New York and his name was announced by former Jets cornerback Darrelle Revis. 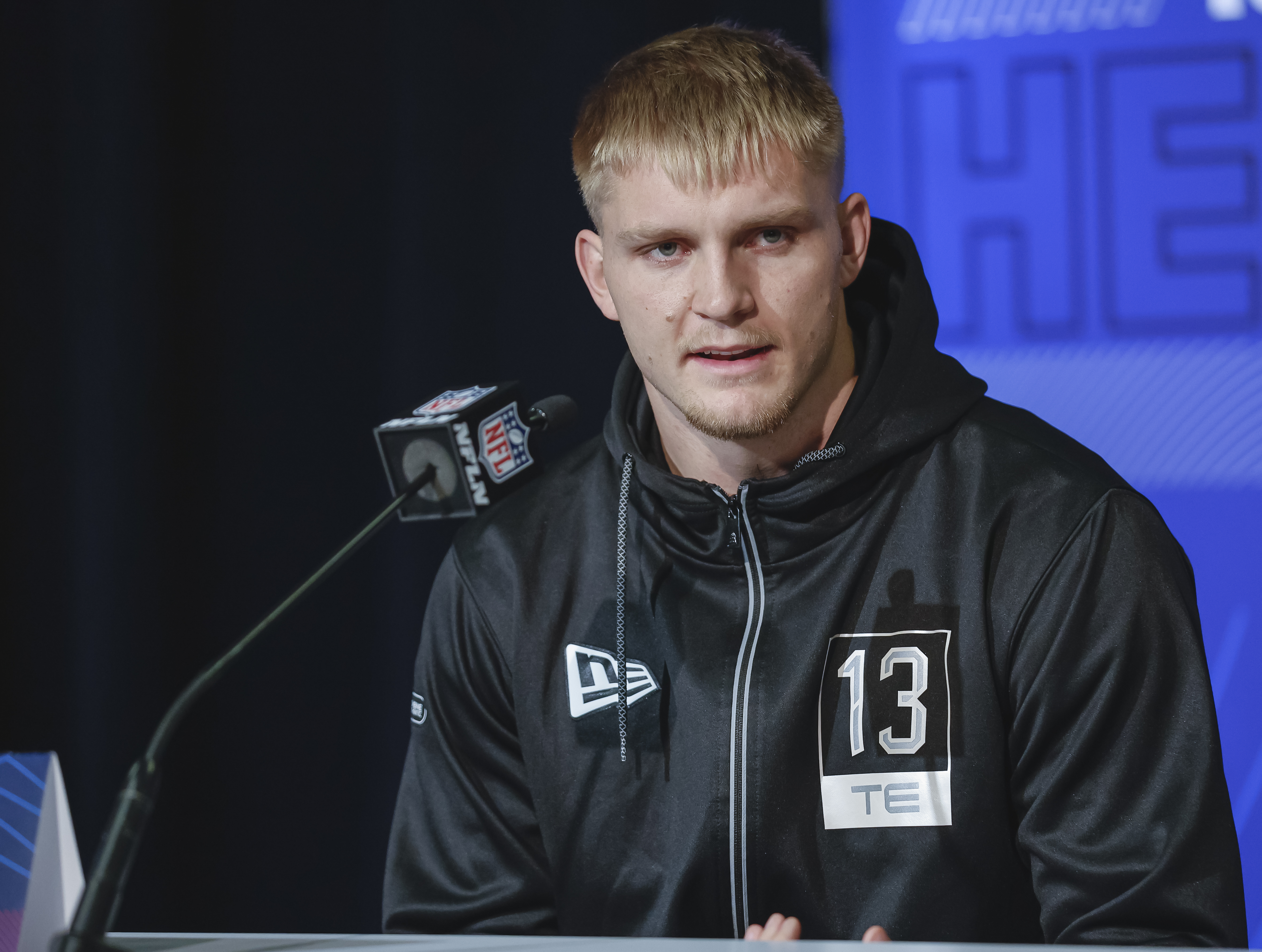 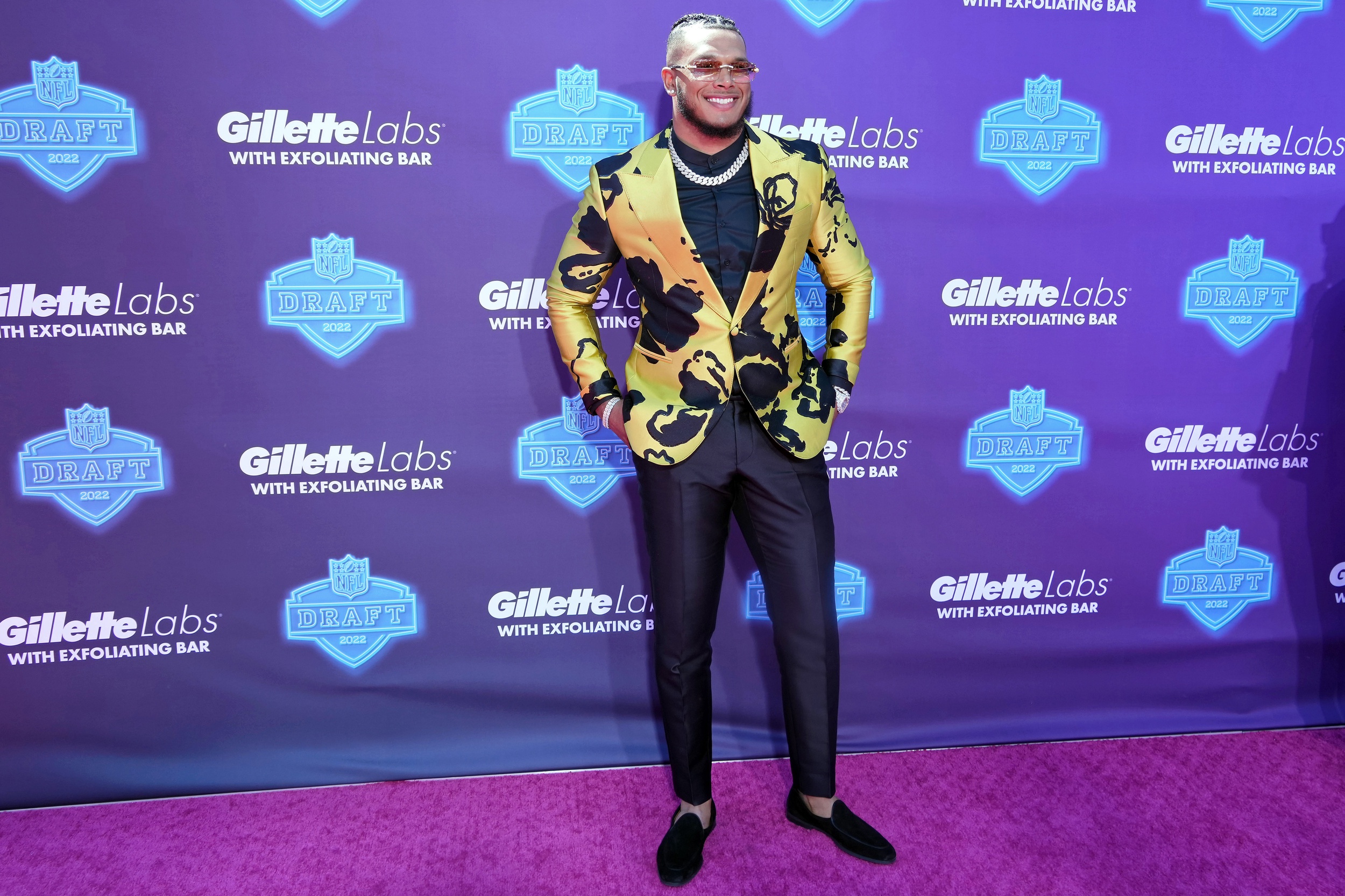 2022 NFL Draft: Who Had The Best and Worst Red Carpet Outfit?

After doing a Zoom interview with reporters, Hall made his way to the draft site. Wearing a Jets cap, Hall was allowed to walk on to the stage — both arms raised as fans in attendance cheered — and received a celebratory hug from NFL Commissioner Roger Goodell.

“It’s just a dream come true,” Hall told NFL Network. “Last night, just knowing the Jets, they tried to trade into the first round to get me but it didn’t go through. So it was kind of a bummer. But, I mean, I’m still blessed to be a Jet and blessed to be able to have the opportunity to come on here. So it’s been fun.”

The 6-foot-1, 220-pound Hall was a two-time All-American who set an Iowa State record with 56 touchdowns in three seasons, including 41 TD runs in the past two years. Hall was the first running back drafted this year, and first Big 12 player selected.

The Wichita, Kansas, native could form a potentially potent 1-2 combination in the Jets' backfield with Michael Carter, a fourth-rounder last year who led the team in rushing. New York also has veteran Tevin Coleman, Ty Johnson, La'Mical Perine and Austin Walter on the roster.

“I know it's really running back-friendly,” Hall said of coordinator Mike LaFleur's offense. “Just being able to touch the ball and have a lot of opportunities, that's all I need.”

Fashion is a staple of the NFL draft and the first round of the 2022 NFL Draft did not disappoint. Jamaal Rich from MoreThanStats breaks down the best looks of the night.

General manager Joe Douglas has made it his mission this offseason to surround second-year quarterback Zach Wilson with more playmakers to help boost his development — and the offense's production. Hall fits the bill, as does Ohio State wide receiver Garrett Wilson, who was the No. 10 overall pick Thursday night.

It has been a busy draft so far for the Jets, who took Cincinnati cornerback Ahmad “Sauce” Gardner at No. 4, Wilson six picks later and then traded back into the first round to select Florida State defensive end Jermaine Johnson at No. 26.

The opening night-haul was lauded by many fans and media as a massive success for a franchise that has the NFL's longest active playoff drought at 11 seasons.

When asked Thursday night if the Jets had a high grade on a player who hadn't yet been drafted, Douglas replied: “Absolutely, yes. Absolutely.”

Apparently, Hall was one of them — so much so the Jets pulled off a trade with the team whom they share a home stadium.

"A three-down back," Hall said when asked what New York is getting by adding him. “A guy who can catch the ball, make people miss, run you over and somebody that plays hard. A person who's just as good off the field as he is on the field, so a guy who's going to impact the community and just be more than a football player.”

Judged by Hall of Famers, All-Pro and Pro-Bowl honors, star power and depth of class, here is a look at the greatest NFL draft classes of all time.

Barring any other deals, New York has three more selections in this draft: a third-rounder (No. 101) and two fourth-rounders (Nos. 111 and 117).

A few hours before the second round began, the Jets were still buzzing about their trio of first-rounders — who were formally introduced at a news conference at the team's facility.

And, yes, Gardner was still wearing his diamond-encrusted “SAUCE” medallion.

The current crew of first-rounders recognized that they will forever be linked — and will together carry the task of trying to help return the Jets to respectability. And more importantly, the postseason.

“We come from the limelight and it ain't nothing new to us,” Johnson said. “We've been leaned on before as those guys on the team. I think we're going to attack it and be the best teammates we can be.”