It's a Good Time for Amar'e Stoudemire to Take a Vacation

Avid viewers of "Seinfeld" will surely remember George's idea about a stand-up comedy bit about the big toe. It is the captain of the toes, but sometimes runs into an adjacent toe that gets even bigger and attempts a "coup de toe" to take over control of the foot.

A strange opening paragraph to something about the Knicks? Stick with us, we're pretty confident you'll see where we're going.

Pain in the captain of Amar'e Stoudemire's toes caused him to miss Saturday night's victory over the Nets. He's not sure if he'll miss Wednesday night's game against the Hawks or if he'll be able to play in Sunday's All-Star Game, but we're hoping he's only an observer for both contests. As swell as it would be to finish the first half at 28-26 or to see a Knick in the starting lineup on Sunday, it is a lot nicer to feel confident about the most important member of the team being healthy throughout the rest of the season.

If Stoudemire sits for these two games, he will wind up having almost two weeks off before playing against the Bucks on the 23rd. For a player who has logged mountains of minutes while playing out of position against bigger opponents while picking up numerous nicks and bruises, that sounds like a pretty nice option. For the Knicks, it sounds almost like a no-brainer. 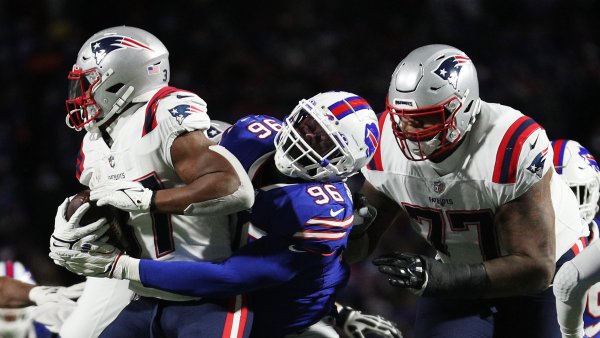 The Knicks did beat the Nets on Saturday, but they looked a lot more like the teams of the last few years than they looked like the team that's recaptured hearts this season. The offense boiled down to three-point heaves, enough of which fell on that night to get a win against a dreadful opponent. No one wants to watch that over a long stretch, especially since the emotional burst of Saturday isn't going to be a regular part of the equation.

More than anything else, though, the night without Amar'e made it clear that the Knicks have good reason to be concerned about the rest of the season if they can't pull off a deal for Carmelo Anthony. It's not just because of the possibility that Stoudemire could miss more time, because the Knicks will be up the creek if that happens regardless of what happens with Anthony. It's because the Knicks need a fresh, active and effective Stoudemire to be more than an easy out come the first round of the playoffs.

That isn't going to happen if he spends every single night as a workhorse, target and all around big toe of the Knicks. Based on what Alan Hahn of Newsday is reporting about an increased sense of urgency about the Anthony talks, the Knicks know that isn't a sustainable course of action. The team needs a coup de toe or at least a new level of power sharing as soon as possible to avoid the pitfalls of relying solely on Stoudemire over the final 28 games of the season.