He is a fixture at competitive-eating events, particularly Nathan's Famous International Hot Dog Eating Contest on Coney Island. Now, Joey Chestnut can cement his space in the pop culture realm: a bobblehead in his likeness.

The figurine displays Joey Chestnut standing on a hot dog-shaped base holding a tray of hot dogs while wearing a t-shirt that says “Hot Dog Eating Champion.” 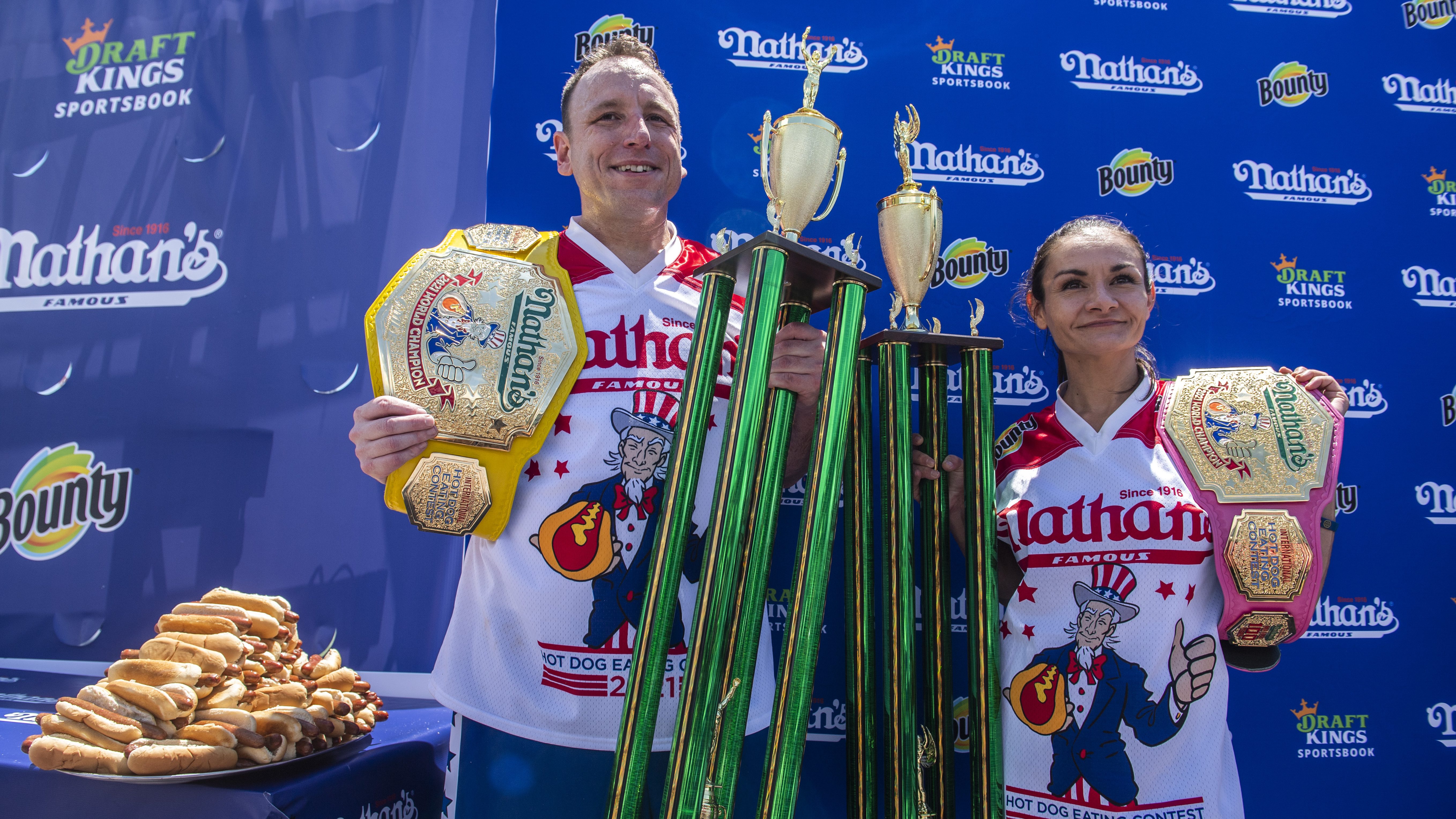 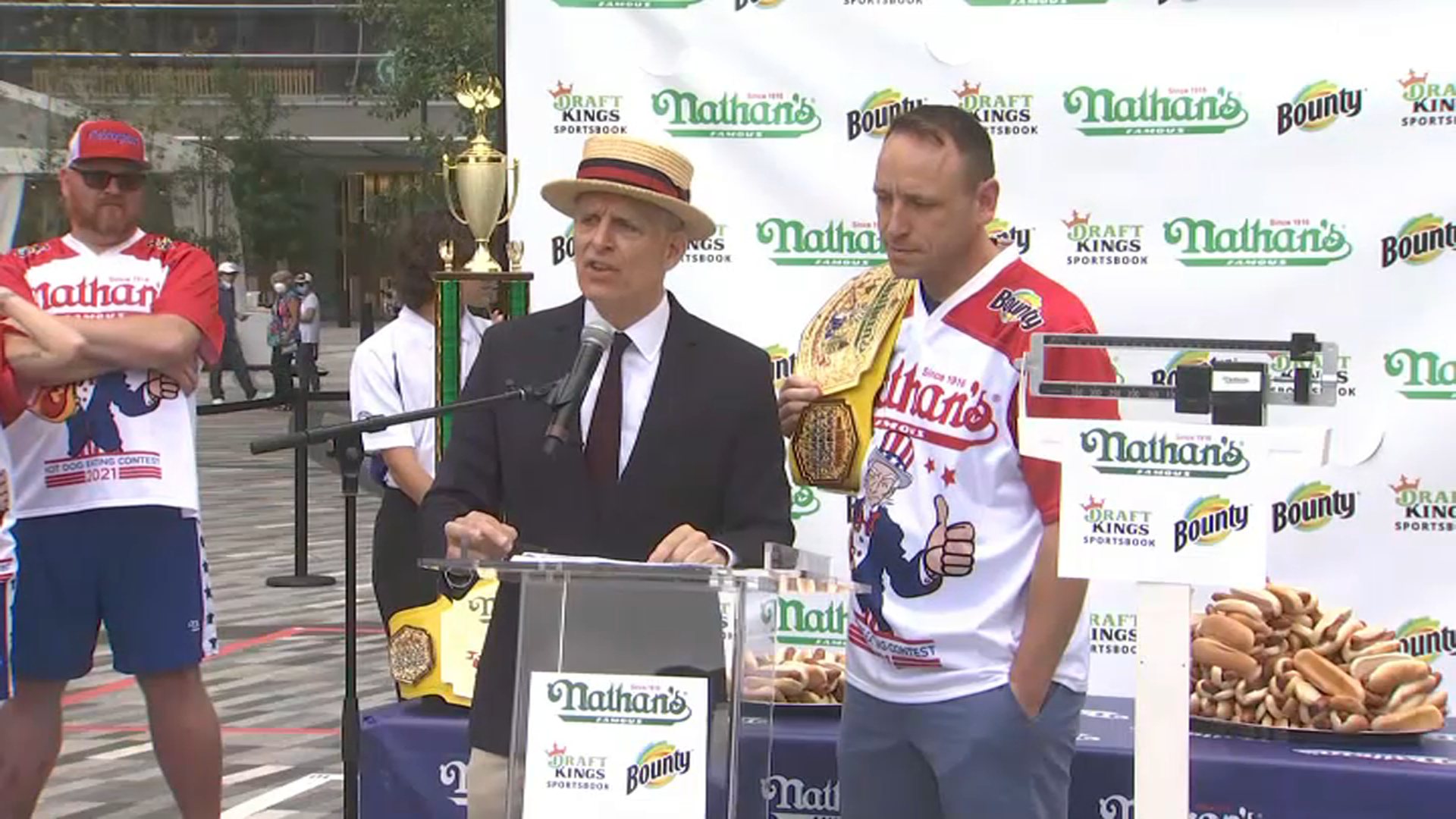 “We’re excited to unveil this unique bobblehead of the greatest eater of all time,” National Bobblehead Hall of Fame and Museum co-founder and CEO Phil Sklar said in a statement Thursday. “By claiming top honors in the Nathan’s Hot Dog Eating Contest year after year, Joey’s victories have become a Fourth-of-July tradition and his legacy as the world's greatest eater will be hard to top.”

Chestnut, also known as “Jaws”, broke his own world record by eating 76 hot dogs in 10 minutes on Sunday. His victory at the Coney Island contest marked the sixth year in a row that Chestnut had won the “Mustard Belt,” and his 14th title in competitive eating.

Chestnut’s road to victory began in 2005 when he started to eat competitively. In 2007, he achieved his first win at the 92nd annual Nathan’s International Hot Dog Eating Contest, beating six-time champion Takeru “Tsunami” Kobayashi, 66-63. Chestnut held the title until 2015 when Matt Stonie defeated Chestnut, 62-60. Chestnut recaptured the title in 2016 and has defended his title since then, consuming at least 70 hot dogs at each competition.

“This sport isn’t about eating,” Chestnut said in an article published by the Boston Globe in 2012. “It’s about drive and dedication, and at the end of the day, hot-dog eating challenges both my body and my mind.”