The Good, Bad and Ugly of the Jets’ Loss

The nature of the NFL schedule makes it very hard not to overreact to what happens every Sunday.

Blowing out the Bills 48-28 had plenty of people saying that the Jets' offense was written off too quickly and that the team was going to be better than the dire predictions emanating from every corner this offseason. Then came Sunday's 27-10 loss to the Steelers when the offense stagnated after the first two drives.

Now it's back to what everyone expected in the first place. Memories of the first game mean nothing because the Jets couldn't compete against a good team on the road playing without two of their best defensive players. It's a compelling argument if you watched Mark Sanchez, who needed the help of penalties to move the team in the second half. 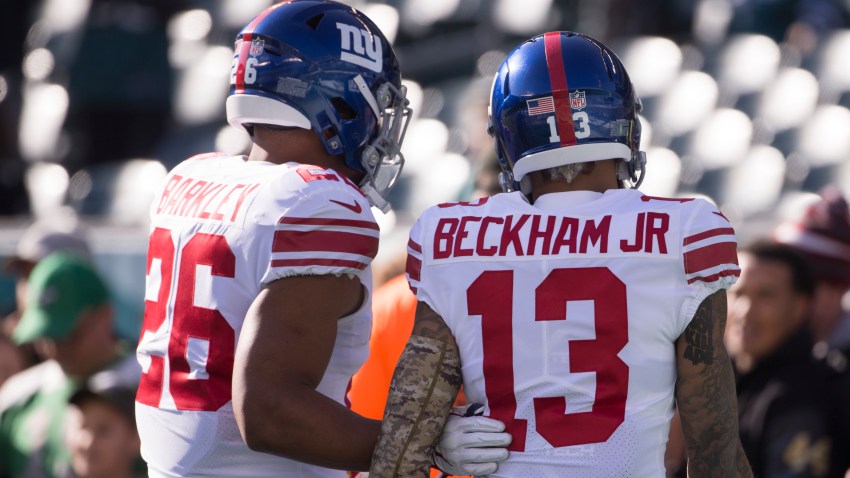 The team needs to be better than it was on Sunday, on both offense and defense, but rushing to say that this is the team's real level is just as absurd as it was after they beat the Bills. There's a good bet that the final Jets team is going to be somewhere in the middle of these two results, with no real way of saying after two games which one they'll wind up resembling more.

Here's the good, bad and ugly from Sunday's loss to consider while we wait for more evidence.

UGLY: Sanchez had plenty of excuses for his dreadful second half performance. Receivers dropped balls, the offensive line broke down and he seemed a little off after taking a massive (unpenalized, although we'll get to the officials later) hit to the helmet from Steelers linebacker Lawrence Timmons.

Those are excuses that the better quarterbacks of the league don't use, however, because they figure out a way to make things work. It might have just been a bad day, but it was too reminiscent of the worst version of Sanchez to feel comfortable.

GOOD: The Jets didn't lose because of Darrelle Revis' absence and their chances of winning might have actually improved without Bryan Thomas in the lineup. Garrett McIntyre started at outside linebacker and played very well in all phases of the game for the Jets, something that would be a nice addition to the defense going forward.

BAD: LaRon Landry gives the Jets something they've been missing in terms of dynamism at safety, but his aggressiveness comes with a price. He picked up two personal fouls that helped the Steelers put points on the board Sunday, a habit which could be a real pain in a closer game.

BAD: The defense really wound up getting done in by being asked to carry an outsize load against the ever-resilient Ben Roethlisberger, but one bad play by Antonio Cromartie really changed things. He got all turned around on Mike Wallace's 37-yard touchdown in the third quarter. It came on a third-and-8 desperation heave to avoid a sack by Roethlisberger and made the score 20-10, which makes you wonder how things play out if Cromartie was a little sharper.

GOOD, BAD and UGLY: Santonio Holmes is not an easy character to figure out. He caught a touchdown pass and drew three penalties Sunday to boost the offense and then had several drops to keep the Jets from capitalizing. He and Sanchez seem to be in different books, forget pages, and you'd expect more in their third season together.

REALLY, REALLY UGLY: We mentioned the unflagged hit on Sanchez, which was followed by a ludicrous pass interference call on Steelers corner Ike Taylor for not touching Holmes at all on a passing play and the referee not knowing that he has to review everything during a replay challenge that helped the Steelers to their final score. On top of all that are the endless conversations about every call because the undertrained replacements don't know what they're supposed to do.

The real officials aren't any great prize, but they're better than this and the optics for the NFL are awful every time a geography teacher from Des Moines impacts a professional football game.