The quarterback has played 16 years with the team

The news comes after the end of his contract and, while rumors were swirling that he would retire following its expiration, Manning had not said whether he would play another season or would retire. Until the team announced the upcoming retirement Wednesday.

"For 16 seasons, Eli Manning defined what it is to be a New York Giant both on and off the field," said John Mara, the Giants' president and chief executive officer. "Eli is our only two-time Super Bowl MVP and one of the very best players in our franchise's history. He represented our franchise as a consummate professional with dignity and accountability. It meant something to Eli to be the Giants quarterback, and it meant even more to us. We are beyond grateful for his contributions to our organization and look forward to celebrating his induction into the Giants Ring of Honor in the near future."

"We are proud to have called Eli Manning our quarterback for so many years," said Steve Tisch, Giants chairman and executive vice president. "Eli was driven to always do what was best for the team. Eli leaves a timeless legacy with two Super Bowl titles on the field and his philanthropic work off the field, which has inspired and impacted so many people. We are sincerely thankful for everything Eli has given our team and community. He will always be a Giant among Giants."

The Giants acquired Manning from San Diego on draft day in 2004 after the Ole Miss quarterback told the Chargers he did not want to play for them and forced the deal that general manager Ernie Accorsi gladly accepted. Accorsi sent Philip Rivers (who the Giants drafted with the fourth overall pick), their third-round choice in 2004, and first and fifth-round picks in the 2005 draft to the Chargers for Manning.

It was a game-changing deal for the Giants, and started a major turnaround for a team that was 4-12 the previous season.

Manning replaced Hall of Famer Kurt Warner as the starter for then-new coach Tom Coughlin after nine games. They won the NFC East the following season.

Within three seasons, the Giants won their first NFL championship since the 1990 season and Manning got his first Super Bowl MVP award, knocking off the previously unbeaten New England Patriots. The second came after the 2011 season when Manning and company again beat Tom Brady, Bill Belichick and the Pats.

In both games, Manning hit a clutch late pass on game-winning drives. He and David Tyree hooked up on the helmet catch in the first one and he found Mario Manningham on sideline go pattern in the second, igniting an 88-yard drive.

Manning was named Most Valuable Player in both Super Bowls.

"Eli Manning not only is the quarterback on those great teams, but he is the MVP of the Super Bowls," Coughlin said. "He's an incredible big- game performer. You talk about a guy that's great to coach, focused every day, took tremendous pride in preparing, practice, had a great sense of humor, was a cynic in the locker room. But the guys loved him and they loved him for it, and they played for him. The guys that had the opportunity to play with him know what it's like to be with a guy with as much talent, as much grit, as much determination."

Manning was the only player in Giants history to play 16 seasons. His 236 regular-season games (234 starts) and 248 total games are team records.

Manning is sixth in NFL history with 8,119 attempts and seventh with 4,895 completions, 57,023 yards and 366 touchdown passes. He also has the franchise's highest career completion rate (60.29 percent). He was selected to four Pro Bowls.

News of the retirement spread fast and many immediately showed Manning their appreciation and support for his years-long, Super Bowl-winning career.

Even teams from other sports quickly congratulated Manning.

In a tweet, the New York Mets congratulated the Giant on an "amazin' career."

Meanwhile, on Thursday, the Commissioner of the NFL, Roger Goodell, tweeted out a statement regarding Manning's decision.

Goodell called the quarterback "a champion" and "true competitor" who "held himself to the highest standards in everything he did."

Goodell also said Manning will "leave an indelible imprint on the New York Giants, their fans, and the NFL."

The two-time Super Bowl MVP was reduced to a backup role when Daniel Jones, the No. 6 pick overall in the 2019 draft, was made the starter in Week 3 this season.

Manning started more than 200 straight games for the Giants between 2004 and 2017 before being benched for one game in favor of Geno Smith. He then resumed starting through the remainder of that year and the 2018 season. 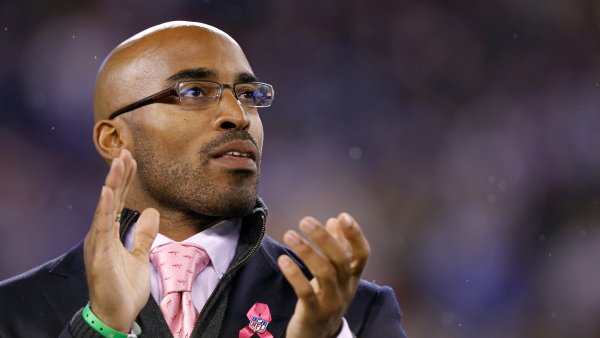 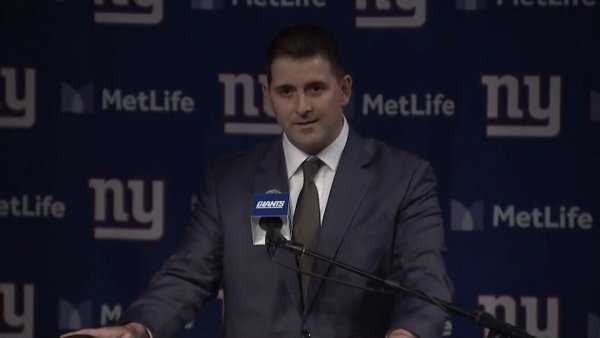 Manning will be awarded the Bart Starr Award on Saturday, Feb. 1, 2020, the day before Super Bowl LIV.

The award is given to an NFL player who best exemplifies outstanding character and leadership in the home, on the field and in the community.

Eli's brother Peyton won the Bart Starr Award in 2015, making this the first set of brothers to win the award since its inception in 1989. He also received the prestigious Walter Payton Man of the Year Award in 2016.