Rangers coach Tom Renney wouldn't reveal what wrinkle was added to his team's struggling power play. Whatever it was, captain Chris Drury made the most of it.

Drury scored two of New York's three man-advantage goals and chipped in a short-handed tally for his second NHL hat trick, lifting the Rangers to a 5-2 victory over the Tampa Bay Lightning on Thursday night.

"I have to give a lot of credit to (assistant coach) Perry Pearn. He made some adjustments," Drury said. "He makes sure we're always prepared. Tonight it paid off."

Drury brought hats raining to the ice with 27.5 seconds remaining during a 5-on-3 power play that was earned after Lightning goalie Mike Smith slashed and high-sticked forward Aaron Voros in front of the crease and then fought him.

"You usually don't get hurt fighting but you might get hurt with a spear or slash to the back of the leg," Renney said. "It was completely unprovoked and I think Smith should be suspended."

More important than that and the Rangers' first regular-season hat trick in nearly two years, was New York's win after a pair of tough losses.

The Rangers gave up five goals in the third period at Toronto on Saturday after leading 2-0, and then allowed two short-handed goals to the New York Islanders in the third during Tuesday's 2-1 defeat. Melbourne Bursts Into Celebration Amid Australia Win at 4 a.m. 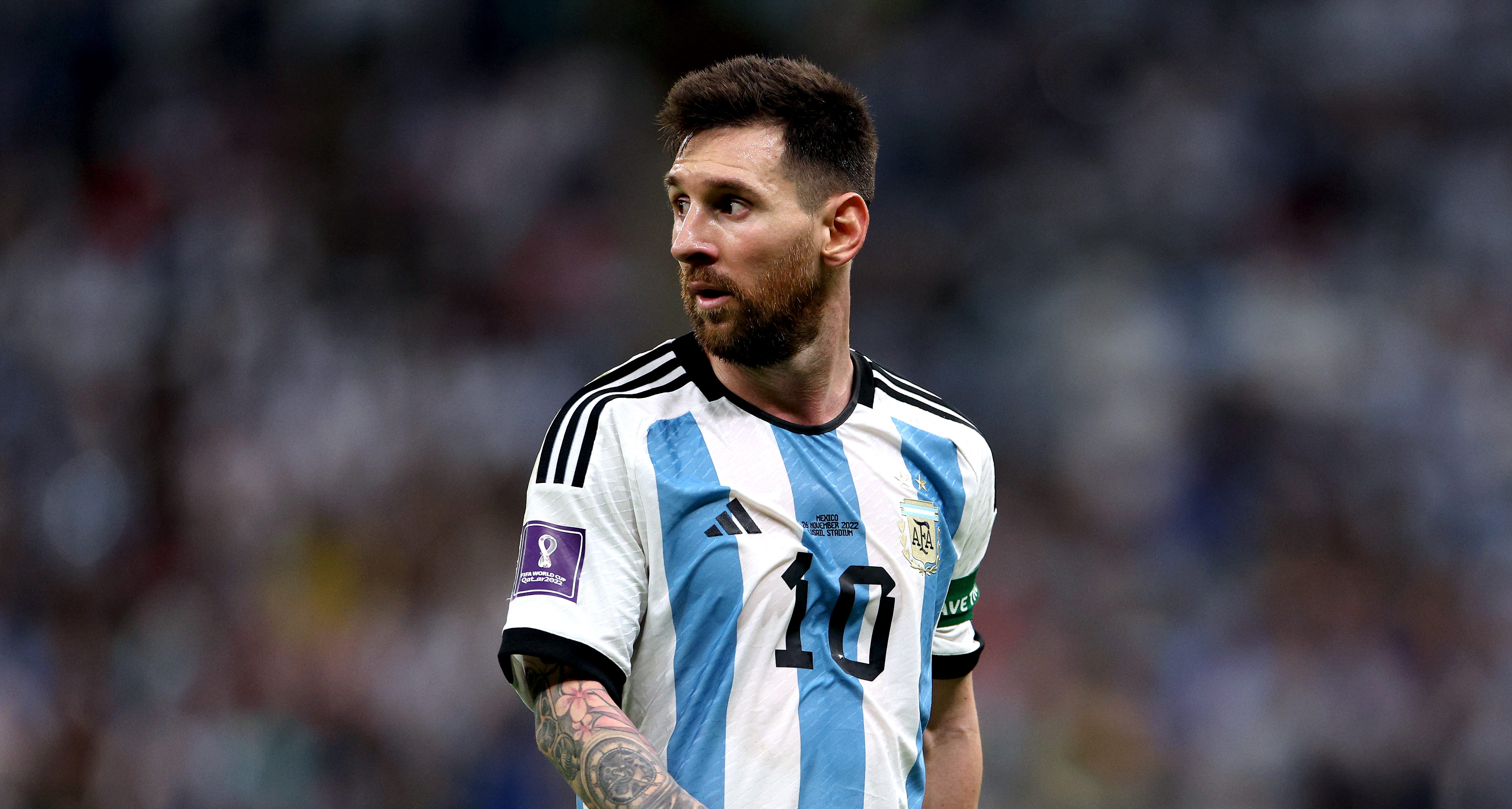 Canelo Álvarez Apologizes to Lionel Messi for ‘Out of Place' Comments

The power play had connected only 10 times in 74 chances before Thursday and never more than twice in a game, leaving the Rangers second from the bottom in NHL efficiency.

"We worked on what we've been working on all year," Renney said. "It wasn't like we did anything extraordinary."

Ryan Callahan also had a power-play goal, and Marc Staal pushed the Rangers' lead to 4-2 in the third, 29 seconds after Ryan Malone got the Lightning within one for the second time.

Martin St. Louis had the other goal for the Lightning, who lost for the second straight night after a three-game winning streak. They are 4-2-4 since a pair of 2-1 losses to the Rangers during the season-opening series in the Czech Republic.

"This team dominated us a month ago, but tonight was a totally different story," Lightning coach Barry Melrose said. "It shows we're going in the right direction."

"There were a couple of stretches when they were all over us," Lundqvist said. "We just battled and scored some big goals at the right time."

Nearly 90 seconds into their first power-play chance, Nikolai Zherdev fed a perfect pass into the slot to Callahan, who received it while crouching and fired a one-timer past Smith to make it 1-0 with 3:51 left in the first.

The Lightning didn't get a power-play opportunity until Zherdev was caught cross-checking 42-year-old agitator Gary Roberts in front of the Lightning bench 13:13 into the second. Before the retaliation, Zherdev had been roughed up by Roberts, Chris Gratton and Adam Hall.

But Drury pushed the Rangers' lead to 2-0 with New York's first short-handed goal of the season. He picked off a pass from Lightning defenseman Paul Ranger in the neutral zone and took off on a breakaway.

"It's great to see him play out there and get rewarded because he works so hard," Lundqvist said. "He definitely deserves this."

Smith dropped to his side in front of the oncharging Drury, who deftly moved to his right to get around the fallen goalie, and scored into an empty net with 5:37 left in the second.

"It feels pretty good, especially after losing two games back-to-back," Drury said. "It's a big win for our club."

St. Louis got the Lightning to 2-1 with 1:24 remaining, scoring his second goal in two nights. He scored against the Rangers in the opening game of the season and didn't net another until the Lightning's 4-3 shootout loss at New Jersey on Wednesday.

"We played better tonight than we did in Prague and that was a 2-1 game," St. Louis said. "Tonight I thought we played hard. Our special teams hurt us a little bit, obviously.

"It's kind of hard to bounce back from that."

Drury restored the Rangers' two-goal lead 35 seconds into the third with his power-play tally.

Notes: The Lightning activated RW Radim Vrbata from the injured list after he missed five games due to a groin injury. ... The teams will meet once more, Nov. 26 at Tampa Bay. ... New York's previous regular-season hat trick was accomplished by Martin Straka on Jan. 4, 2007, against Philadelphia. ... Zherdev and Rangers D Michal Rozsival had two assists each.