The 2022 Winter Olympics in Beijing are just around the corner

The countdown to the Winter Olympics is on.

In a few short weeks, the Games will begin as athletes from all around the globe arrive in Beijing with hopes of winning gold. The Opening Ceremony will be held on Feb. 4, just six months after the Closing Ceremony for the 2020 Tokyo Olympics.

After hosting the 2008 Olympics, Beijing is set to become the first city to ever host both the summer and winter editions of the Games.

Watch all the action from the Beijing Olympics live on NBC 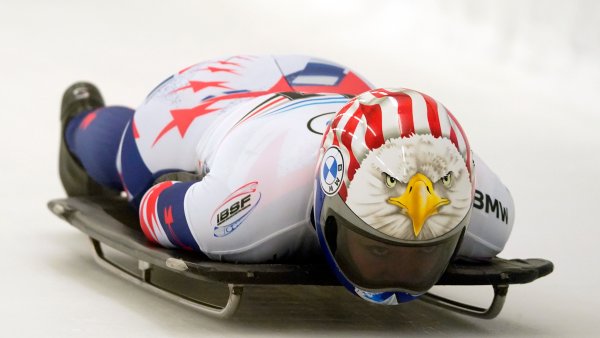 Give Me 5: Uhlaender Makes 5th US Olympic Skeleton Team

Team USA will once again head to eastern Asia to compete in the Olympics, this time trading in surfboards for snowboards, sneakers for ice skates, and skateboards for skis.

Here is all you need to know about when the 2022 Beijing Olympics will start, the events that athletes will compete in, the COVID-19 protocols at the Games, the overlap of Super Bowl Sunday, and more:

Where are the Winter Olympics in 2022?

The 2022 Olympics are located in Beijing, China. The competition will be split into three zones: central Beijing, Yanqing and Zhangjiakou.

Opening and closing ceremonies, along with four snow events (men’s and women’s snowboard big air and freestyle skiing big air) and all the ice events (curling, ice hockey and skating), will take place in central Beijing.

When do the 2022 Beijing Olympics begin?

The 2022 Beijing Olympics begin on Feb. 4 and will run through Feb. 20. The Games will coincide with the host country’s most important holiday, the Chinese New Year, which begins on Feb. 1, 2022.

When is the Opening Ceremony at the Beijing Games?

The Opening Ceremony at the Beijing Games will take place on Feb. 4, 2022. The event will be held at the Beijing National Stadium (commonly referred as the Bird's Nest).

How many events will there be in Beijing?

The Beijing Olympics will feature 109 events across 15 disciplines in seven winter sports. Here is a breakdown of the sports featured in the 2022 Olympics:

Who are Team USA names to watch at the 2022 Olympics?

The United States will send almost 80 athletes to compete in Beijing, including some familiar faces.

Alpine skier Mikaela Shiffrin will look to add to her medal haul at her third Olympics. Shiffrin won gold in Sochi, and added two more medals in PyeongChang.

Veteran curler John Shuster has represented Team USA at every Winter Games dating back to 2006, and will look for his second Olympic gold in Beijing.

Snowboarding star Chloe Kim will compete in her second Olympics after making history at the 2018 PyeongChang Games as the youngest competitor to win gold on halfpipe. In addition to her Olympic gold, Kim is also a six-time X Games gold medalist.

Check out other Team USA athletes you should know ahead of the Beijing Games here.

Here are five athletes to keep an eye on at the 2022 Winter Olympics in Beijing.

What are the COVID rules, protocols for the 2022 Winter Olympics?

Olympic athletes, team staff and journalists that will attend the Beijing Olympics are required to be vaccinated against COVID-19 or be subject to a 21-day quarantine, according to the International Olympic Committee.

Exceptions to the vaccination rule will be evaluated "on a case-by-case basis, based on medical reasons."

Team USA won’t have to worry, though, after the U.S. Olympic and Paralympic Committee announced it would require all athletes, coaches and staff to be vaccinated before Beijing.

In addition to the vaccine mandate, daily coronavirus PCR tests will also be required.

Will Super Bowl Sunday 2022 overlap with the Beijing Olympics?

The 2022 Super Bowl will occur during the upcoming Winter Olympics. Super Bowl LVI will be played in Los Angeles on Feb. 13, 2022, right in the middle of the Beijing Games.

For the first time in the history of the league, the NFL’s season was extended to 18 weeks, thus pushing the big game back. NBC, which televises both the big game and the Olympics, commented on the overlap and how it will affect coverage of both events.

“We have been in constant communication with our partners about this change, and we’re excited for the unprecedented opportunity of presenting the American audience with the two biggest events in media simultaneously,” NBC said.