‘Tired' Valieva to Skate at Olympics After Doping Ruling, As Some Blast Event as ‘Joke'

“The ladies event is a complete joke,” said 2018 Olympic figure skater Adam Rippon, who now helps coach American competitor Mariah Bell. “It's not a real competition ... So many Olympic experiences stolen from clean athletes who got here without the help of performance-enhancing drugs.”

Russian figure skater Kamila Valieva was worn out after a grueling doping hearing ended with her being allowed to skate Tuesday in the women's short program at the Beijing Olympics.

The 15-year-old Valieva is the overwhelming favorite for the gold medal alongside Russian teammates Alexandra Trusova and Anna Shcherbakova, who are aiming for the first sweep by any nation of the women's Olympic podium.

Valieva was cleared to skate even though she failed a drug test taken Dec. 25, the result only emerging last week, after her two brilliant performances in the team competition helped win gold for the Russian team. The Court of Arbitration for Sport gave her a favorable decision early Monday in part because she is a minor, known as a “protected person,” and is subject to different rules from an adult athlete. 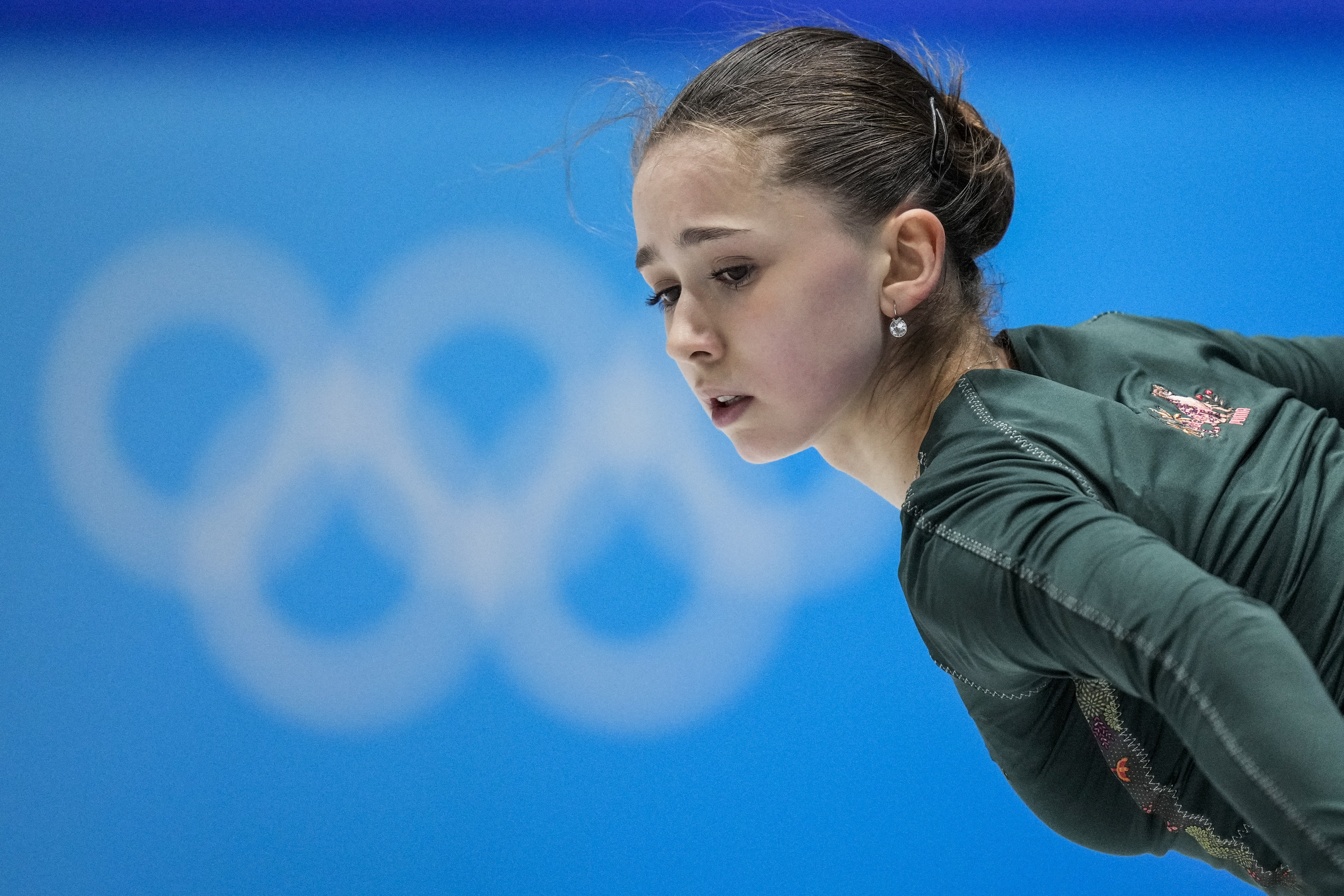 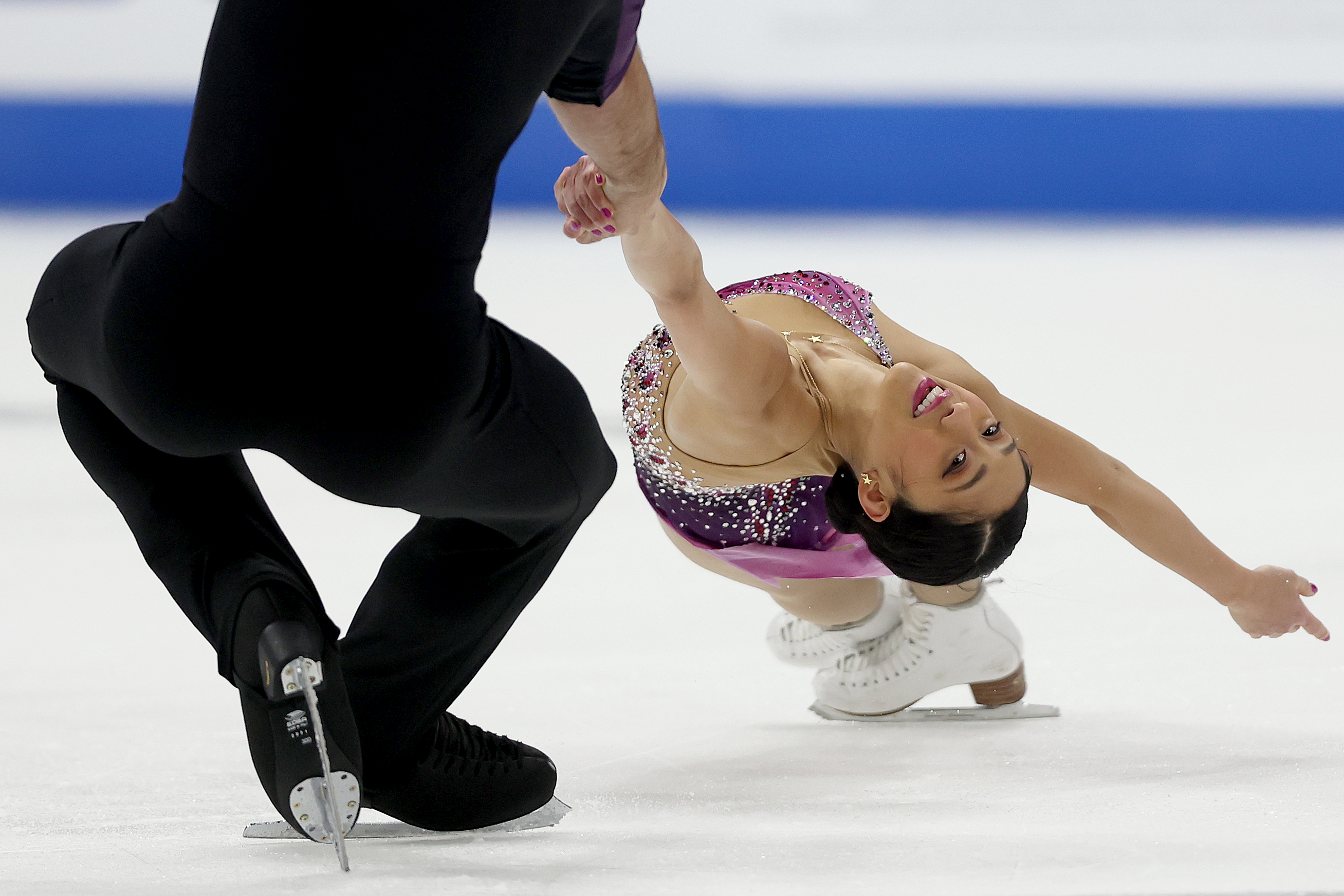 “These days have been very difficult for me,” Valieva, who practiced in both of her allotted sessions Monday, told Russian state broadcaster Channel One in comments shown that night. “I’m happy but I’m tired emotionally.”

There won't be a medal ceremony if Valieva finishes in the top three because the International Olympic Committee is concerned that she could still be banned after a full investigation of her doping case. The three-member court ruled only on whether she could skate at the Olympics and did not consider the full merits of the case.

The Court of Arbitration for Sport had already said Valieva testified during its lengthy hearing, which ended about 3 a.m. Monday. Valieva said she watched the entire hearing by video link from the Olympic Village.

“I sat there for seven hours, we had one 20-minute break, and I sat there and watched. It was very difficult, but it is apparently one of the moments, of the phases, that I have to go through,” Valieva said, adding that the entire process had taught her that adult life “can be unfair to some extent.”

Valieva is scheduled to perform in the final group, 26th among the 30 women taking part in the individual competition on Tuesday morning in Beijing. Trusova and Shcherbakova, who like Valieva are coached by the controversial Eteri Tutberidze, skate shortly after her, before Kaori Sakamoto of Japan finishes the short program.

The free skate to decide the medals is Thursday morning at the historic Capital Indoor Stadium.

Valieva and her teammates are trying to extend an era of Russian dominance in women's figure skating at the Olympics. It began at the 2014 Sochi Games, when the country's state-sponsored doping scheme first came to light, and Adelina Sotnikova won the gold medal for the host nation. Alina Zagitova and Evgenia Medvedeva followed with a one-two finish for what was known as the Olympic Athletes from Russia at the 2018 Pyeongchang Games.

Zagitova and Medvedeva also were coached by Tutberidze, the former ice dancer-turned-kingmaker who has been criticized for pushing young skaters to extreme limits in the pursuit of Olympic medals.

The World Anti-Doping Agency announced this week it will investigate Tutberidze along with the rest of the entourage that has surrounded Valieva in the lead-up to the Olympics. Tutberidze also could be subject to prosecution in the U.S. under a recently enacted law that criminalizes doping schemes in events involving American athletes and sponsors.

It has been Tutberidze, and the rest of the Russian team, that has received the vast majority of worldwide scorn.

“The ladies event is a complete joke,” said 2018 Olympic figure skater Adam Rippon, who now helps coach one of the American women, Mariah Bell. “It's not a real competition and it most likely won't even have a medal ceremony. So many Olympic experiences stolen from clean athletes who got here without the help of performance-enhancing drugs.”

The IOC has said it will “organize dignified medal ceremonies” once Valieva's case is decided, but that could be months down the road. The organizing committee also did not explain where or how it might be held.

That medal ceremony also will not be held in Beijing because the Russian team could eventually be disqualified.

“Four years of hard work just to wait for UPS to deliver your Olympic medal. Hope they have tracking numbers at least,” Knierim said jokingly. “It's going to take extra long because we all know how fast customs is.”

U.S. ice dancers Madison Hubbell and Zachary Donohue earned the bronze medal with this free dance performance in what they have promised will be their final Olympic competition.