The 2022 Winter Olympics are officially underway now that the Opening Ceremony has come and gone, but it was not without its memorable and notable moments.

From what appeared to be a napping head of state, to what the athletes were (and were not) wearing, to the statement made by the host nation of China in their choice of who lit the Olympic flame, there was plenty to talk about from the grand celebration.

Here are the top moments from Friday's ceremony:

Lighting the flame were Chinese skiers Dinigeer Yilamujiang and Zhao Jiawen, who shared a torch to represent gender equality, and placed it into the center of a large snowflake suspended in air.

”TODAY” co-anchor Savannah Guthrie called China’s decision to choose Yilamujiang, an athlete identified by state media as a member of the Uyghur community, a “significant and provocative response” to Western nations, including the United States, who have called the Chinese treatment of that group “genocide.” 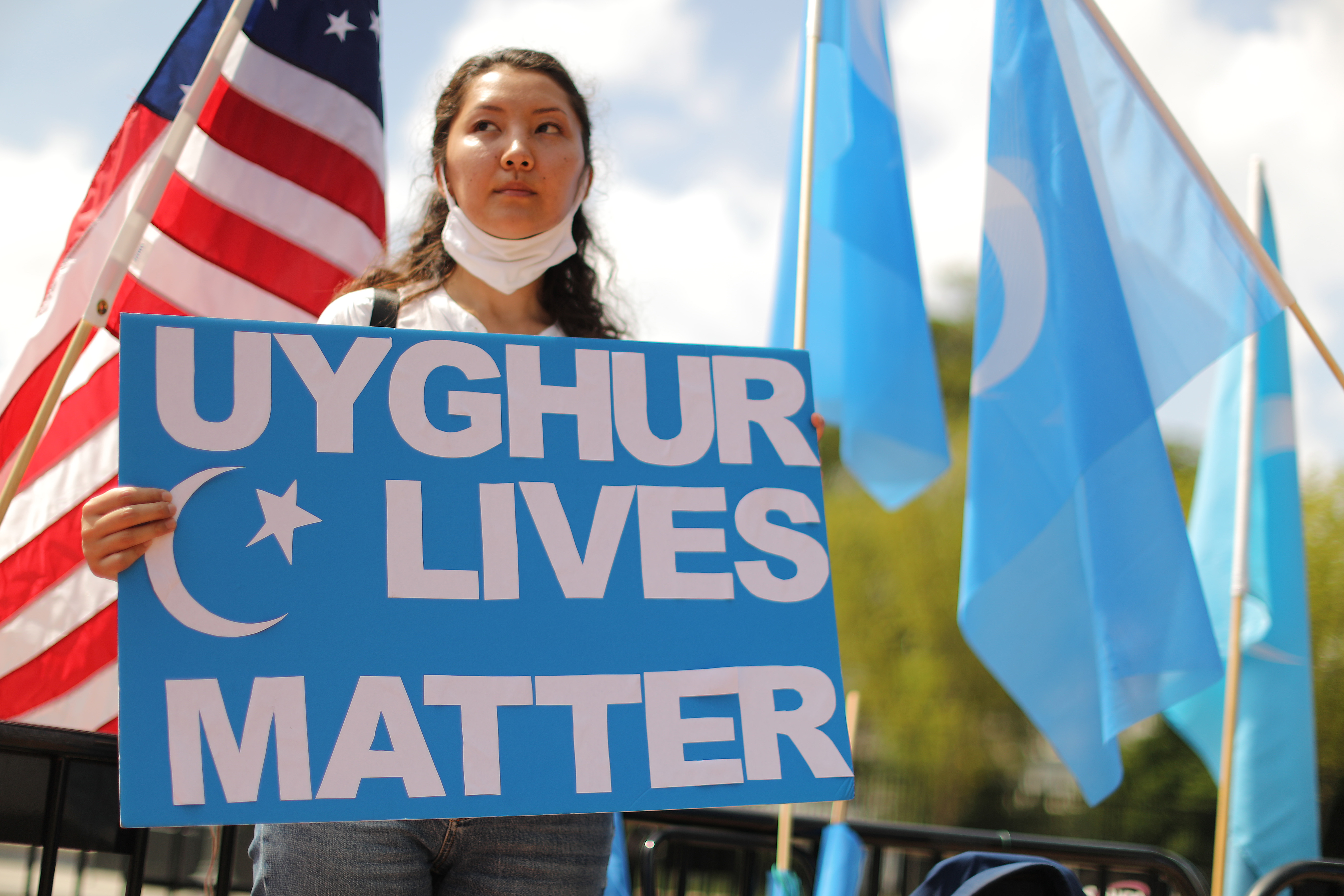 According to experts, authorities have locked up an estimated 1 million or more members of minority ethnic groups in mass internment camps over the past several years — most of them Uyghurs. Human rights groups have dubbed these the “Genocide Games.”

China denies any human rights abuses, calling them the “lie of the century.” It describes its policies in Xinjiang as a “training program” to combat terrorism.

Tongan Olympic icon Pita Taufatofua isn't in Beijing for the 2022 Winter Olympics but his tradition of appearing shirtless during the opening ceremony lives on.

Nathan Crumpton, flag-bearer for American Samoa, waved his country into the Parade of Nations without a shirt Friday morning.

Crumpton, who was the closing ceremony flag bearer for American Samoa in Tokyo last summer, will compete in skeleton at the Winter Olympics.

Cameras caught Russian President Vladimir Putin looking a bit heavy-eyed during the Opening Ceremony, as the long Parade of Nations made its way through the Bird's Nest in Beijing.

While it's impossible to say for sure without asking President Putin directly, cameras did zoom in on the Russian leader as Ukraine entered the arena. With his hands folded in his lap and a relaxed pose, he appeared to momentarily close his eyes, before suddenly picking his head up wide-eyed and looking around.

Of course, the head nod and closed eyes could have been symbolic too -- Russia has massed more than 100,000 troops near its border to Ukraine, as the world waits with bated breath to see if Putin will invade.

Imagine...if the host nations found a different song to play.

For what appears to be the sixth time over the past 26 years, the hit song by John Lennon and Yoko Ono was featured during an Olympic opening or closing ceremony. It was first played by Stevie Wonder at the Closing Ceremony for the 1996 Summer Olympics in Atlanta, and was played again in 2006, 2012 (being held in London, this one made sense), 2018 and even in the Tokyo Olympics just last year.

Some on social media also commented on whether Lennon would really approve of his song being used by a country that has been accused of human rights violations.

The central image of this year's Opening Ceremony was a snowflake. It is a reference to Chinese poet Li Bai's description of snowflakes "as big as a mattress" and the idea that they're all different but together form one family.

In addition to seeing snowflakes on the enormous LED screen throughout the ceremony, the placard bearers who led each delegation in the Parade of Nations combined their LED snowflakes into one central snowflake with olive branches, tying in a reference to the Olympics' Greek origins as well as a symbol for peace.

The Olympic torch was then placed into the center of the large snowflake, and raised above the stadium.

From snowflakes to square dances, we break down the Chinese cultural meaning embedded in the program for the 24th Winter Games.

Competitions have just barely begun, but there may already have been a world record broken.

Unveiled during the Opening Ceremony at Beijing's Bird Nest on Friday morning was a nearly 125,000 square foot, high-definition LED screen used to create an ice-like surface at the center of the venue.

The United States' Olympic athletes made their grand entrance into the 2022 Winter Games, and at the front of the line, leading the country's 224 athletes, were flagbearers Brittany Bowe of the women's speed skating team and John Shuster of the men's curling team.

Watch the moment Team USA Curler John Shuster found out he would be a flag bearer for Team USA at the 2022 Winter Olympics and then watch him share the news with his wife and kids back home.

"Oh my God, leading this amazing group of athletes, this is so cool," he said. "this reminds me of my first Olympics, walking around the loop and at the very end of it , we caught all of our families when they were there with us. For my kids to get to see this, pretty darn cool."

Shuster is a five-time Olympian who helped lead the men's curling team to its first gold medal during the 2018 Winter Games. The sport garnered a great deal of attention during their gold-medal performance, and remains a popular and growing sport across the country.

Fashion from Around the World

Some countries, like France, Italy and Great Britain, not only were proud to wave their flag through the arena, but wore it as well.

Their Opening Ceremony outfits predominantly featured their flags in different ways: Italy's athletes wore cowled capes with their flag's tri-color, France wore winter jackets with their flag's colors, while Great Britain sported the union jack on their turtle-neck sweaters (or jumpers, as they would say).

Other delegations wore outfits that paid homage to traditional clothing found in their respective countries.

The Mongolian athletes wore deels, traditional Mongolian tunics; Colombian athletes chose to wear the Andean ruana during the Parade of Nations as a symbol of their national dress; New Zealand's flag bearers wore traditional Maōri cloaks as a nod to the country's Indigenous origins; and Team Mexico wore jackets featuring calaveras – sugar skulls – that are commonly seen during Day of the Dead festivities.