The Hawks led 58-44 at halftime, and the Knicks never got the margin below double figures the rest of the way

Shaking off a spitting incident at Madison Square Garden, Trae Young dazzled in the first home playoff game of his career, scoring 21 points and dishing out 14 assists to lead the Atlanta Hawks to a 105-94 victory over the New York Knicks in Game 3 of their opening-round series Friday night.

Spurred on by a raucous crowd of 15,743, by far the largest of the season in Atlanta, the Hawks pulled ahead 2-1 in the best-of-seven series.

Game 4 is Sunday in Atlanta.

This one was tight through much of the first half, but the Hawks closed the second quarter on a Young-powered, 22-5 run that sent the arena into an uproar.

The third-year point guard, who has complained of the Hawks being overlooked and was especially perturbed to be passed over for this year's All-Star Game in his own city, was determined to make an impression in his first trip to the postseason.

In Game 1, Young hit the winning basket to silence the crowd at Madison Square Garden's first playoff contest since 2013.. He certainly shined during the spurt that essentially decided the most lopsided game of the series, having a hand in 18 of the 22 points.

Young scored five points himself, hitting a 3 and a step-back jumper, but spent most of his time scooting around the court, creating for teammates.

A lob pass to John Collins for a thunderous dunk. A pass to set up Collins for an open 3. Another alley-oop to Clint Capela for a slam that prompted both players to unleash emphatic screams. A nifty pass to find Bogdan Bogdanovic all alone for a 3. And, finally, one more dish to set up De'Andre Hunter's jumper beyond the arc.

The Hawks led 58-44 at the half. The Knicks never got the margin below double figures the rest of the way. 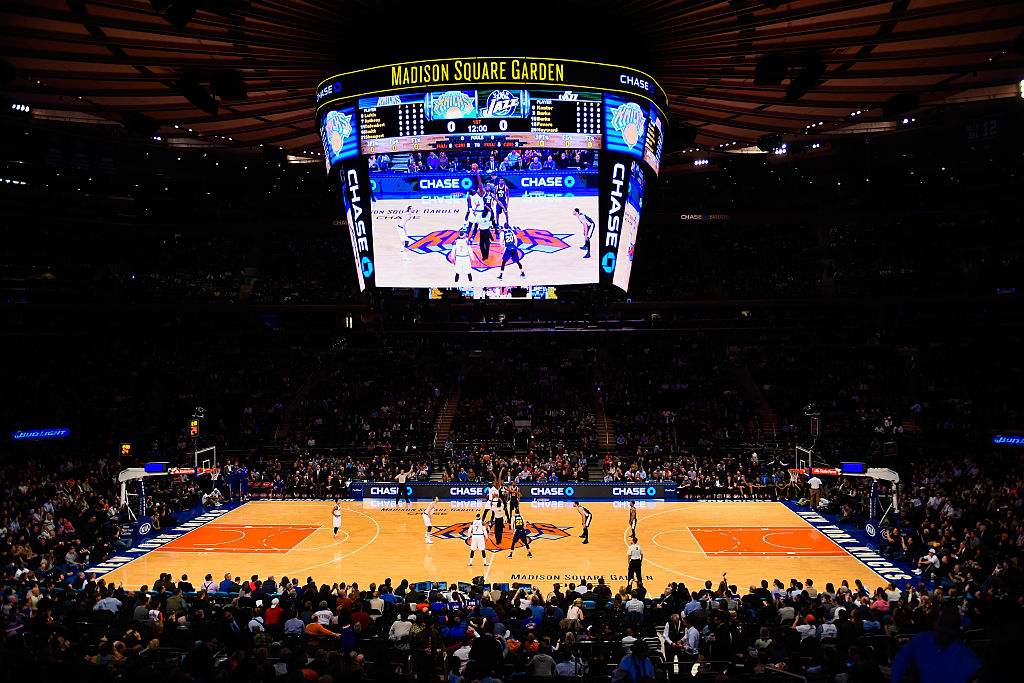 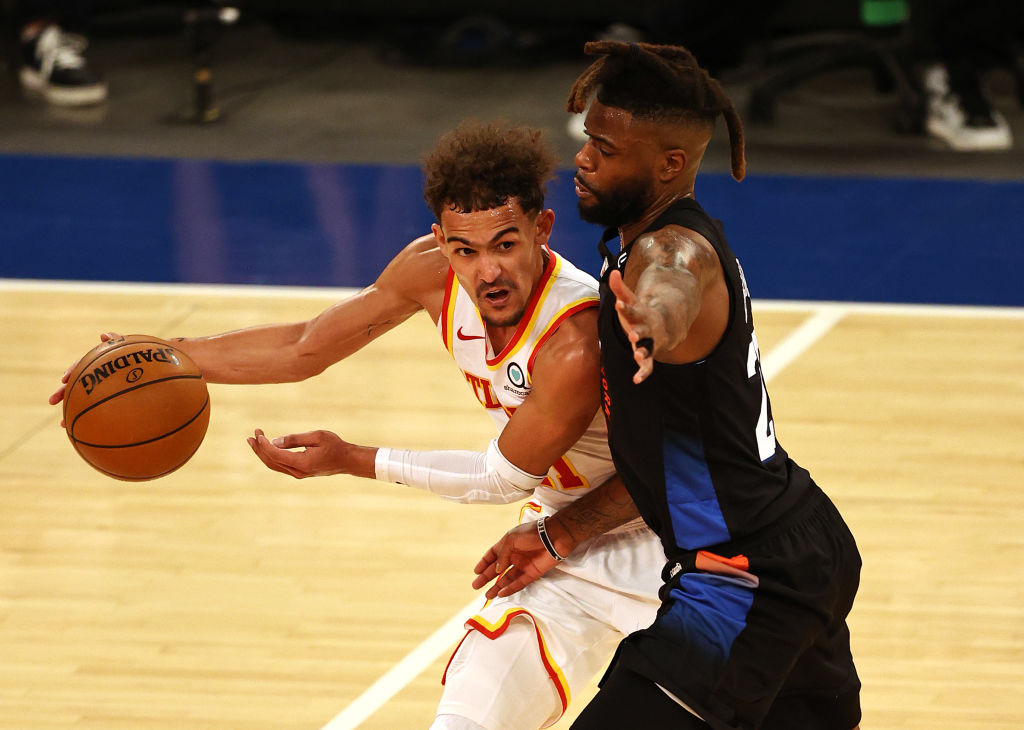 During Game 2 in New York, a Knicks fan spit on Young as he was inbounding the ball during the fourth quarter of a tight contest — one of three incidents in a matter of hours at NBA arenas across the country, renewing calls for increased security and other measures to deal with unruly fans.

A total of five fans in New York, Philadelphia and Utah were banned from games for their misbehavior.

With Young spreading the wealth, the Hawks put their depth to good use. Seven players scored in double figures, including Collins with 14 points after he was held scoreless in Game 2 while dealing with foul trouble.

With the Hawks sagging on him in the lane and making every look a tough one, Randle was held to 14 points on 2-of-15 shooting. For the series, he has made just 13 of 54 from the field.

Knicks: After averaging 21.5 points off the bench in the first two games, Rose got his first start of the series. He scored 11 of New York’s first 19 points and had another big game. … The Knicks went 13 of 13 at the foul line in the opening quarter.

Hawks: Kevin Huerter was called for a flagrant foul on Nerlens Noel late in the first quarter. … Atlanta did a much better job on the boards after being outrebounded 54-41 in Game 2. NBA rebounding champ Capela led the way with 12. … Danilo Gallinari made all four of his 3-point attempts.

Shortly before tipoff, Young spoke out for the first time on the spitting incident in a brief, on-court interview with ESPN.

He said he's got no problem with what fans say or chant, but added that spitting is “uncalled for in any arena or environment.”

“I don’t know if it got on my jersey or my shorts or what not, but I didn’t feel it,” Young said. “I saw the video, and it’s disgusting.”

For their first home playoff game since 2017, the Hawks opened up nearly every seat at State Farm Arena.

The team restricted capacity to about 3,000 through the regular season because of the pandemic, and had initially planned to boost that to about 7,600 for the playoffs.

But, as more teams announced plans to fill the bulk of their seats in the postseason, the Hawks quickly followed suit. They set up a configuration with both vaccinated and unvaccinated sections, allowing for a nearly full house in the 16,888-seat arena.