Cuomo, in a taped statement, denied the report's allegations.

Read the governor's full statement below, via a transcript provided by his office. (Scroll down to read the full response from Cuomo's attorney and to read the original AG's report.)

Over the past several months, you have heard a number of complaints brought against me. I called for an independent review, and I said at the beginning, I would let the process unfold. I didn't want anyone to say that I interfered. I said I would hold my tongue and I have - making only limited comments.

It has been a hard and a painful period for me and my family. Especially as others feed ugly stories to the press, but I cooperated with the review and I can now finally share the truth. My attorney, who was a nonpolitical, former federal prosecutor, has done a response to each allegation and the facts are much different than what has been portrayed.

That document is available on my website. If you are interested, please take the time to read the facts and decide for yourself.

First, I want you to know directly from me that I never touched anyone inappropriately or made inappropriate sexual advances. I am 63 years old. I have lived my entire adult life in public view. That is just not who I am and that's not who I have ever been.

There is one complaint that has been made that bothered me most. That was a complaint made by a young woman, Charlotte Bennett, who worked in my office. And it's important to me that you fully understand the situation.

Charlotte worked in my office last year as an assistant. She was smart, talented, and eager to learn. She identified herself to me as a survivor of sexual assault. She said that she came to work in my administration because of all the progress we had made in fighting sexual assault. She talked about the personal trauma that she endured and how she was handling it.

I could see how it affected her. I could see her pain. People now ask me, why was I even talking to this young woman? If I knew she was dealing with such issues, why did I even engage with her? That is the obvious and fair question, and one I have thought a lot about.

The truth is that her story resonated deeply with me. I had heard the same story before with the same ugliness, the same injustice, the same damage. Not only had I heard this story before, I had lived with this story before. My own family member is a survivor of sexual assault in high school. I have watched her live and suffer with the trauma. I would do anything to make it go away for her, but it never really goes away.

I spent countless days and nights working through these issues with her and therapists and counselors. I'm Governor of the State of New York, but I felt powerless to help and felt that I had failed her. I couldn't take the pain away. I still can't and this young woman brought it all back. She's about the same age.

I know too well, the manifestations of sexual assault trauma and the damage that it can do in the aftermath. I was trying to make sure she was working her way through it the best she could. I thought I had learned enough and had enough personal experience to help. But I was wrong.

I have heard Charlotte and her lawyer and I understand what they are saying, but they read into comments that I made and draw inferences that I never meant. They ascribe motives I never had. And simply put, they heard things that I just didn't say.

Charlotte, I want you to know that I am truly and deeply sorry. I brought my personal experience into the workplace and I shouldn't have done that. I was trying to help - obviously I didn't. I am even more sorry that I further complicated the situation. My goal was the exact opposite. I wish nothing but good for you, and for all survivors of sexual assault.

There is another complaint that I want to address from a woman in my office who said that I groped her in my home office. Let me be clear. That never happened. She wants anonymity and I respect that. So I am limited of what I can say, but her lawyer has suggested that she will file a legal claim for damages. That will be decided in a court of law. Trial by newspaper or biased reviews are not the way to find the facts in this matter. I welcome the opportunity for a full and fair review before a judge and a jury, because this just did not happen.

Other complainants raised against me questions that have sought to unfairly characterize and weaponize everyday interactions that I've had with any number of New Yorkers.

The New York Times published a front page picture of me touching a woman's face at a wedding, and then kissing her on the cheek. That is not front-page news. I've been making the same gesture in public all my life. I actually learned it from my mother and from my father. It is meant to convey warmth, nothing more.

Indeed there are hundreds, if not thousands of photos of me using the exact same gesture. I do it with everyone. Black and white, young and old, straight and LGBTQ, powerful people, friends, strangers, people who I meet on the street after the event, the woman told the press that she took offense at the gesture.

I do on occasion say, "ciao, Bella."  On occasion, I do slip and say "sweetheart," or "darling," or "honey." I do banter with people. I do tell jokes, some better than others. I am the same person in public as I am in private. You have seen me do it on TV, through all my briefings, and for 40 years before that.

I try to put people at ease. I try to make them smile. I try to connect with them and I try to show my appreciation and my friendship. I now understand that there are generational or cultural perspectives that frankly, I hadn't fully appreciated. And I have learned from this. Now the State already has an advanced sexual harassment training program for all employees, including me, but I want New York State government to be a model of office behavior, and I brought in an expert to design a new sexual harassment policy and procedures, and to train the whole team, myself included. I accept responsibility and we are making changes.

Other complaints relate to the work environment. Now, I have always said, my office is a demanding place to work and that it is not for everyone. We work really, really hard. My office is no typical nine to five government office, and I don't want it to be - the stakes we deal with are very high. Sometimes even life and death. We have to get the job done. I promised you that I would, and I will.

Also, remember where we are. Today we are living in a superheated, if not toxic political environment - that shouldn't be lost on anyone. Politics and bias are interwoven throughout every aspect of this situation. One would be naive to think otherwise, and New Yorkers are not naive.

I understand these dynamics. My father used to say, God rest his soul, that politics is an ugly business. As usual he was right. But for my father and for me, it's worth it, because despite it all, at the end of the day, we get good things done for people. And that is what really matters. And for those who are using this moment to score political points or seek publicity or personal gain, I say they actually discredit the legitimate sexual harassment victims that the law was designed to protect.

My last point is this: I say to my daughters all the time that as complicated as life gets is as simple as life is.  My job is not about me, my job is about you. What matters to me at the end of the day is getting the most done I can for you.

And that is what I do every day. And I will not be distracted from that job. We have a lot to do. We still have to manage the COVID beast. It is not dead yet. It's not over. We then have to reopen and re-imagine our state. Because our future is going to be what we make it. I know we can do these things because I know the strength and the character of New Yorkers.  Look at the progress we made on COVID -- it is amazing. We went from the highest infection rate in the country to one of the lowest infection rates in the country. Nobody thought that we could do it, but New Yorkers did it. That shows that there's nothing that we can't do when we work together. Together, together as one, as one community, as one family, as New Yorkers, we will.

Read the full 85-page response from Cuomo's attorney below or click here to read in a new window.

Read the AG's report below or click here to open in a new window. 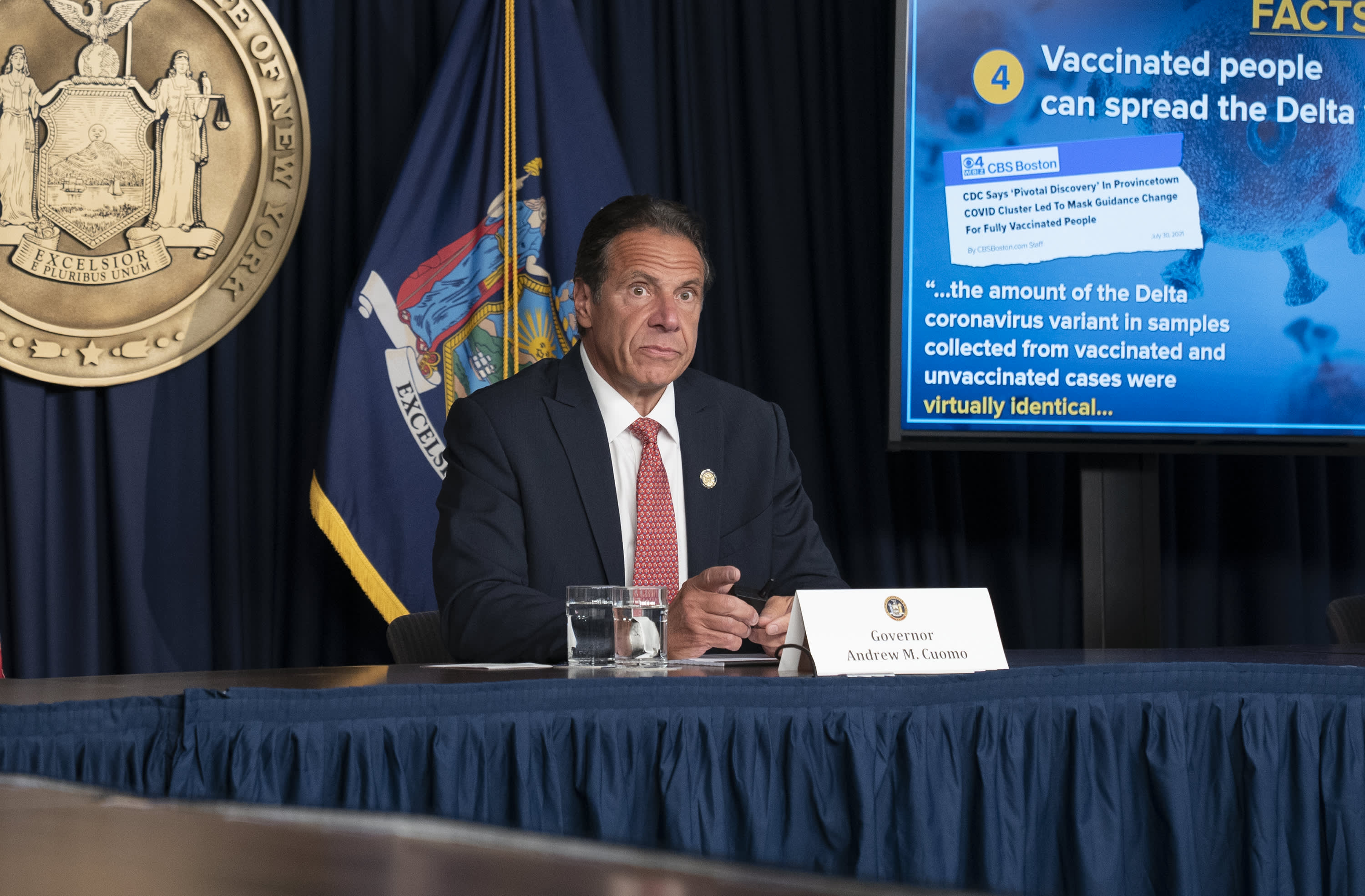 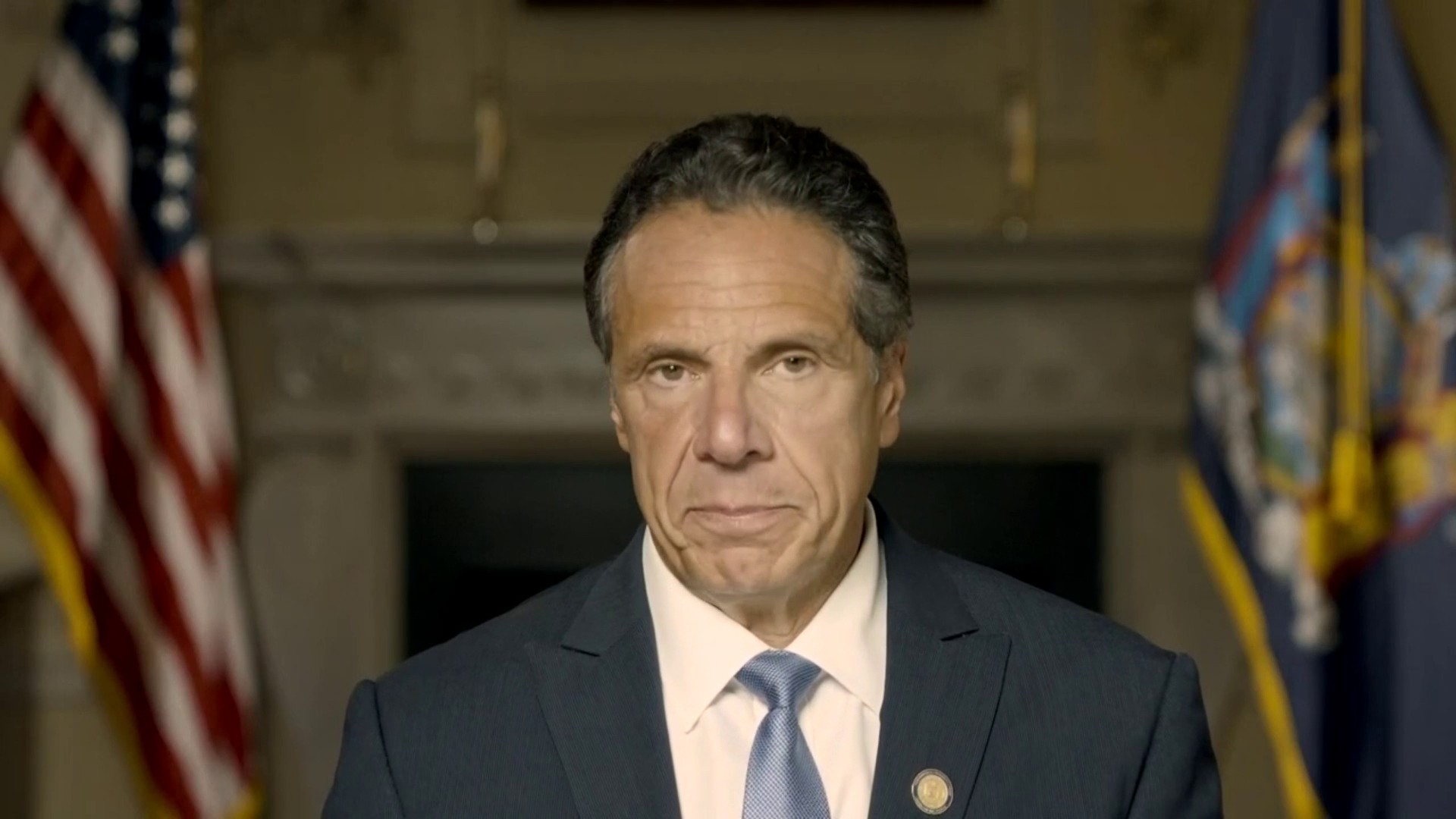