You'll See a Few Questions on Your Ballot This Election Day. Here's What They Mean

Registered New York voters have five questions to consider, while those in New Jersey have two

Tuesday is Election Day, and along with selecting the next mayor of New York City and governor of New Jersey, registered voters in both states will weigh in on a number of key ballot measures with implications ranging from redistricting to clean air and water, sports betting, nonprofit gambling and more.

Here are the statewide proposals on ballots in New York and New Jersey this general election and what each of them means. (Note: There may be additional local proposals in specific municipalities. These are just the statewide ones.)

Once the polls have closed, you can track live election results for New York, New Jersey and Connecticut right here.

Voters will be asked to approve a number of changes to the state’s legislative redistricting process which is underway following the latest census count. These proposals include freezing the number of NY Senate districts at 63, counting incarcerated New Yorkers by their last place of residence instead of where they are incarcerated and making several changes to the redistricting approval process for congress and the state legislature.

This measure would add "right to clean air and water, and a healthful environment” to the state bill of rights. The change would potentially help New Yorkers seeking legal action related to polluted air/water.

Voting "yes" on this proposal means you want to do away with a requirement that New Yorkers register to vote no later than ten days before an election. 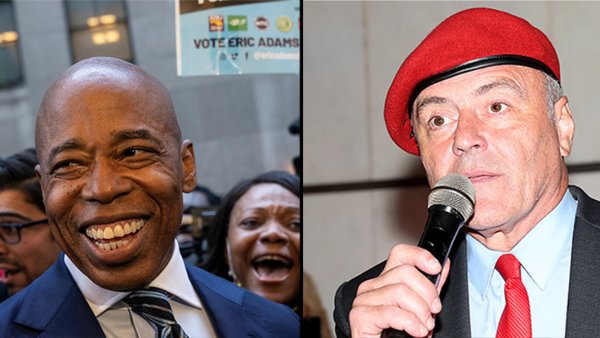 The amendment would get rid of the requirement that voters provide a reason for voting by absentee ballot.

This amendment would expand the jurisdiction of NYC’s civil court by allowing the court to hear and make decisions on claims up to $50,000. The current maximum is $25,000. The proposal only impacts NYC but most go before the entire state since it’s an amendment to the state constitution.

Visit the NY State election website for more details on each proposal.

The amendment would allow the wagering of all college sport competitions held in the state as well as competitions in which New Jersey-based college teams participate. All of the above are currently prohibited even though sports betting is allowed.

This would allow New Jersey organizations to use raffle money to raise money for their own organization.