At midnight Tuesday, Hochul became the ninth woman currently serving as a governor, tying a record that was set in 2004 and matched in 2007 and 2019 — but it's still well shy of gender proportionality

Taking over on short notice for a scandal-plagued predecessor in the midst of the coronavirus pandemic, New York Gov. Kathy Hochul began her tenure Tuesday with more than enough challenges for a new administration.

She also began with an historic opportunity: Hochul is the first woman to hold one of the most prominent governorships in the U.S.

"New York as a whole has been a tough place for women to break into the highest levels, because there is very much a tight set of powerful gatekeepers," said Debbie Walsh, director of the Center for American Women and Politics at Rutgers University.

Hochul, a Democrat, became the ninth woman currently serving as a governor. That ties a record that was set in 2004 and matched in 2007 and 2019, but it's still well shy of gender proportionality.

A century after women gained the right to vote, 19 states still have never been led by a woman. That includes some of the most populous states, such as California, Florida, Pennsylvania and Illinois. Even if it succeeds, California's recall election of Gov. Gavin Newsom next month doesn't appear likely to elevate a woman to the state's top job.

Hochul had served as New York's lieutenant governor until succeeding fellow Democrat Andrew Cuomo, who resigned after a decade in office. Cuomo had faced a potential impeachment battle after an attorney general's investigation said he had sexually harassed or inappropriately touched 11 women. Among other things, Cuomo also had faced a legislative investigation into whether he misled the public last year about COVID-19 deaths in nursing homes.

Lt. Gov. Kathy Hochul will be taking over for Gov. Andrew Cuomo after he was embroiled in a sexual harassment scandal. Adam Kuperstein talks with someone who's covered her for decades to get everything you need to know about New York's first female governor.

Hochul already has announced she will seek a full four-year term in 2022.

Next year could be a pivotal one for women running for governor. Democratic Gov. Kate Brown of Oregon will be the only female incumbent barred from seeking re-election by term limits. Six male governors also will be term-limited, opening a path to office for fresh candidates from both parties.

In Arizona, where Republican Gov. Doug Ducey can't run again, the field already has several candidates who are women, including Republican state Treasurer Kimberly Yee and Democratic Secretary of State Katie Hobbs. Arizona already holds the record for the most women who have served as governor — four. Kansas has had three.

In Arkansas, which has never had a woman serve as governor, a high-profile Republican primary pits Attorney General Leslie Rutledge against Sarah Sanders, press secretary for former President Donald Trump and daughter of former Gov. Mike Huckabee. The incumbent, Republican Gov. Asa Hutchinson, will be termed out. 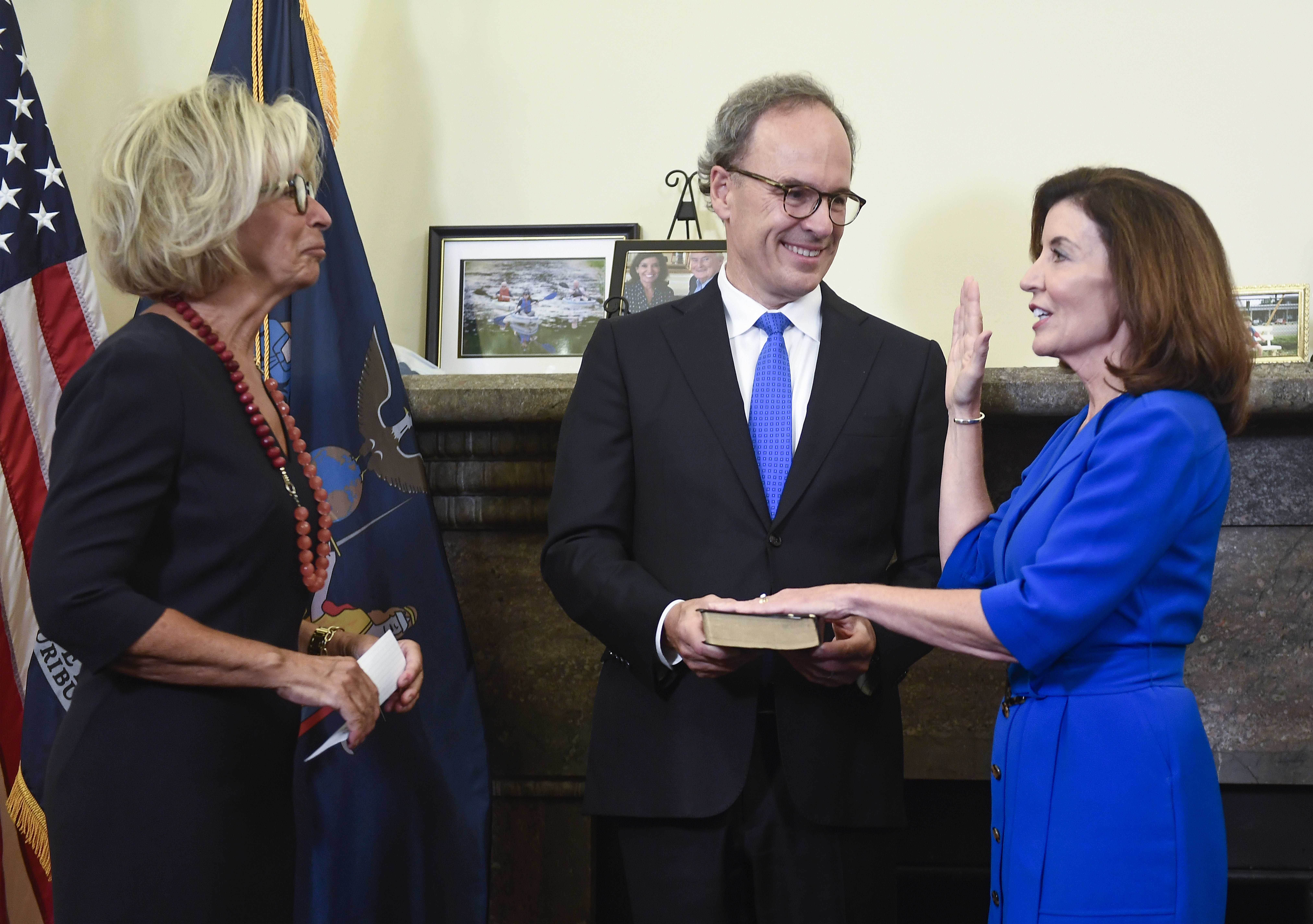 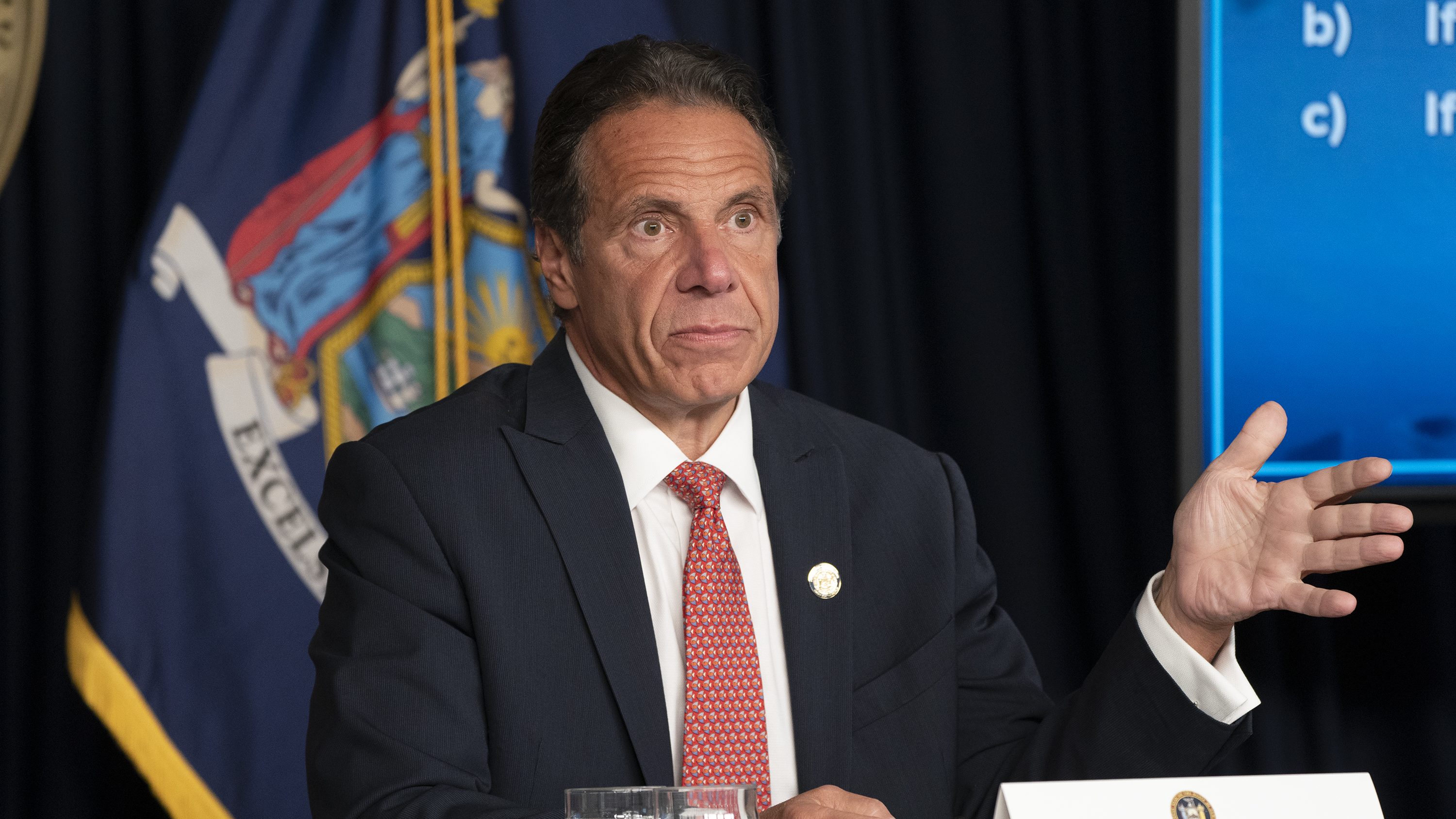 In 2018, women's political advocates also thought they were primed for success with a record number of candidates for governor. But they did not ultimately set a new record for victories.

Women currently hold 18% of governors' offices — significantly less than this year's new records of 27% of U.S. congressional seats and 31% of state legislative seats. In addition, Vice President Kamala Harris also became the first woman in that role this year.

Part of the challenge in electing women as governors is overcoming stereotypes of men as stronger, more decisive leaders, Walsh said.

Another challenge is deepening the pool of women willing to enter politics, said Wendy Doyle, president and CEO of the Kansas City, Missouri-based nonprofit United WE.