Hochul is little known to most of the public, but would become New York's 57th governor if Andrew Cuomo can't fight his way out of multiple scandals

Cuomo is facing calls to resign, calls to be impeached, calls for criminal investigation – from within his own party as much as from Republicans. The three-term governor is in perhaps the toughest fight of his political life over allegations of sexual harassment, verbal harassment and mismanagement of COVID in nursing homes.

And if he does for some reason vacate his office in Albany, Hochul would become the 57th governor of the state of New York.

Hochul, a Buffalo native and an attorney by training, is in her second term as lieutenant governor. Her political career, like so many New Yorkers, began as an aide to Sen. Daniel Patrick Moynihan.

She was later elected to the board in Hamburg, a town of just under 60,000 people south of Buffalo. In 2003, while still on the board, she became the deputy clerk of Erie County. In 2007, she became the county clerk, a position she held until early 2011, when she won a special election to a seat in Congress.

But Hochul lasted just one partial term in Washington before losing her seat to Chris Collins, the former Erie County executive (who later pleaded guilty to insider trading and resigned the seat).

Following her loss, Cuomo tabbed her as his running mate in a 2014 election she easily won.

She had a closer fight in 2018, ultimately beating then-New York City Councilman Jumaane Williams in a tight primary - just weeks after Cuomo publicly discussed pushing her to run for Congress again instead of on his ticket.

The New York Times endorsed Williams, saying Hochul had been “little more than an echo” for Cuomo and that she could not demonstrate that she had ever changed Cuomo’s mind or influenced his policymaking on any issue.

Though a Democrat, Hochul’s positions have often been further right than many of her peers. In her 2012 Congressional race, she was one of the very rare Democrats to be endorsed by the NRA. Earlier in her career, as a county clerk, she took a dim view of driver's licenses for undocumented people.

She was also criticized for attacks ads against Williams in the 2018 race. Since that campaign, she has kept a generally lower political profile.

In the year since COVID-19 hit New York, her public schedule has mostly consisted of radio and local TV appearances, addresses to community groups and meetings with mayors and other government organizations. She has not figured at all in Cuomo's much-heralded news conferences -- events that appear to have stopped for now amid the crisis in the governor's office. 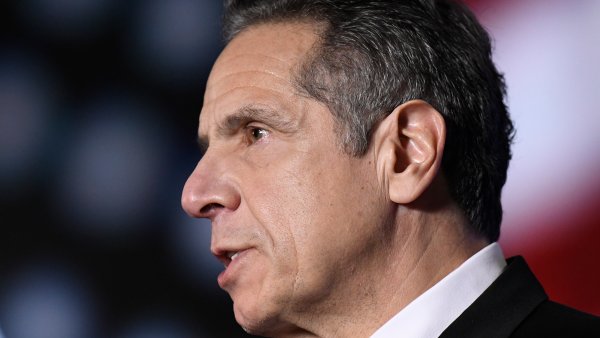