Kathy Hochul Officially Introduces Harlem's Brian Benjamin, ‘My Partner,' as Her No. 2

Who is Brian Benjamin? Here's what we know about the man who was just introduced as lieutenant governor of the state of New York

Gov. Kathy Hochul officially introduced state Sen. Brian Benjamin of Harlem as her top lieutenant Thursday, fleshing out another key component of her administration as she seeks to restore New Yorkers' confidence in government following Andrew Cuomo's scandalous resignation and the months of unraveling that preceded it.

The newly sworn-in state commander-in-chief made the announcement with "my partner" Benjamin at the Adam Clayton Powell Jr. State Office Building. It was her first official appearance in any of the five boroughs as the state's 57th governor.

The Rev. Al Sharpton introduced Hochul, calling her "the kind of governor we need, someone that looks beyond themselves," before the announcement.

"Gov. Hochul is someone I have a lot of faith in. Iit's not just because we did so many important things together over my four years as being a state senator," Benjamin said. "It's because of the moments we had, the conversations we had, where I was able to see inside her heart. And I knew the kind of person she was before she had power."

"And you can tell a lot about someone before they have that power," he added, "a kind woman, a person of integrity, a person who believes that constituent services matter and believes that it's bigger than us, it's about the people of the state of New York. That is your governor ... This is a woman who cares about the entire state."

Benjamin will be sworn-in “right after Labor Day,” Hochul said, adding that New York will hold a special election in November to fill Benjamin’s state Senate seat in Harlem. Democrats are expected to keep their supermajority in the state Senate.

“I want to thank the entire village of Harlem who helped create this young man who’s going to help us lead the state into better days and prosperity,” Hochul told a cheering crowd of supporters.

Hochul indicated from the start she was looking to tap an NYC representative as her lieutenant governor, saying she wants someone who is intimately familiar with the unique challenges facing the city as her right hand as she moves forward on an aggressive rent relief, COVID-focused and culture-changing agenda.

Choosing Benjamin also could provide political benefits for Hochul, a Buffalo Democrat who has said she intends to run for election next year.

The city makes up more than a third of the state’s 13.4 million registered voters. And Benjamin’s legislative record could help her make inroads with the party’s progressive wing, which could be crucial in next year's Democratic primary.

On her appointment of Benjamin, Hochul said Thursday, "I believe that governing is about working together. Teamwork is the essence of effective leadership, and it is more important than ever as we confront the urgent problems facing the state."

"My administration is going to attract the best and the brightest -- people who share my values of working hard for the people of this state and who will get the job done - and that includes the newest member, Sen. Brian Benjamin," she said. "There is so much work to do, and I am grateful to have him by my side as we implement our vision for a safer, healthier and fairer New York." 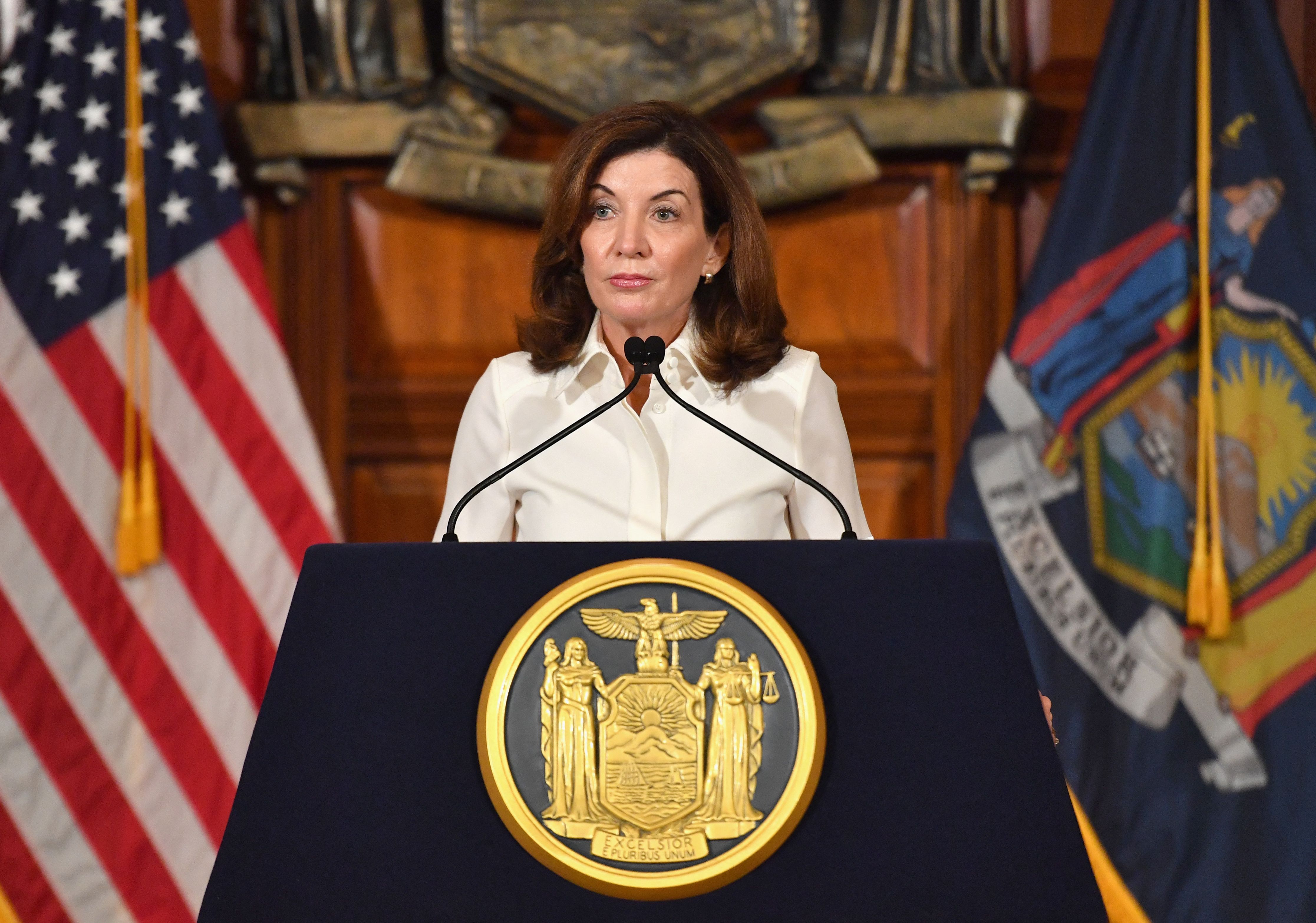 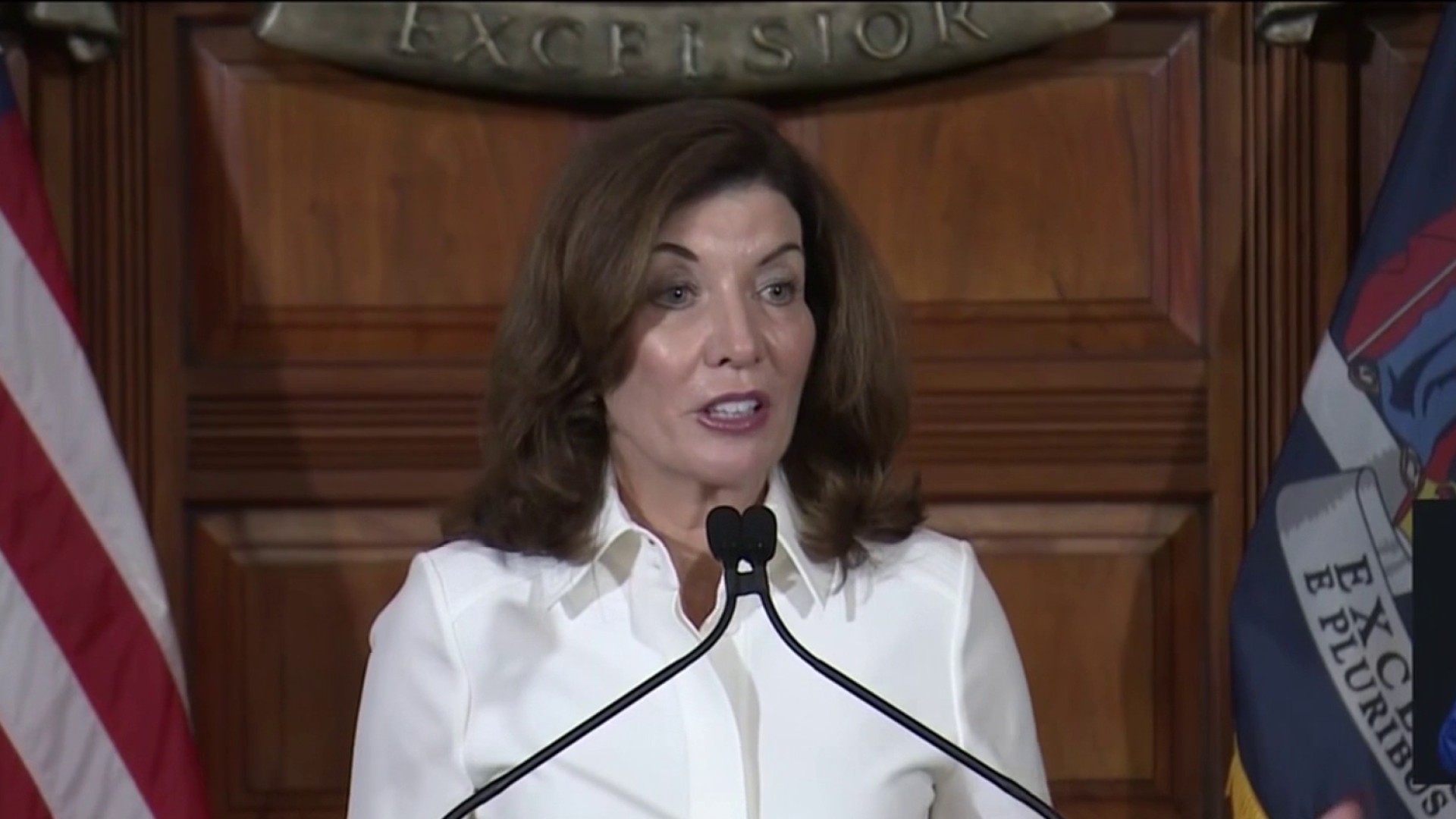 Hochul Lays Out COVID-19 Plan on Day 1 as Governor 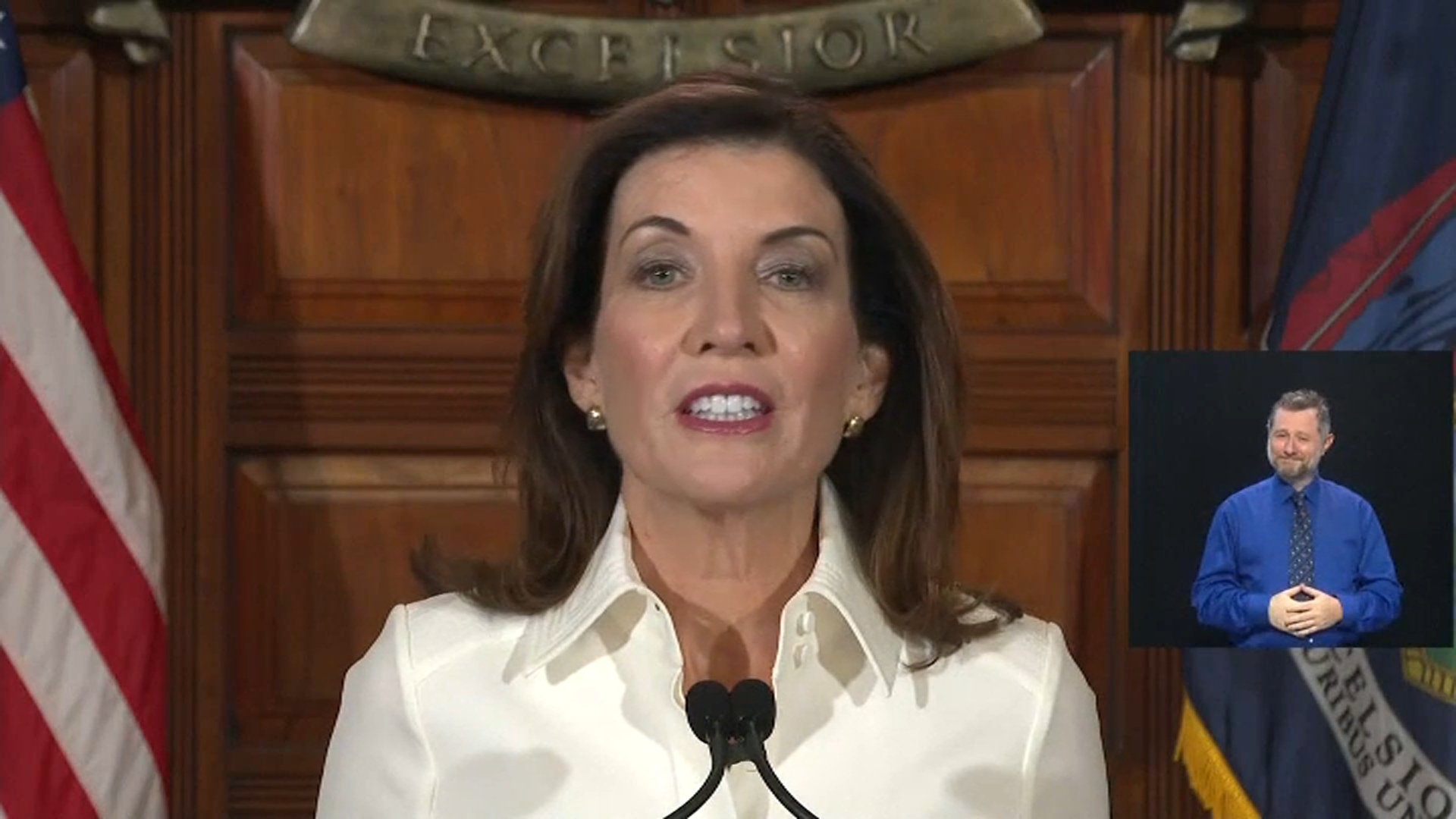 Benjamin, who ran unsuccessfully for New York City comptroller on the Democratic primary ticket earlier this year, has served as the New York State Senator for District 30, which is made up of Harlem, East Harlem (El Barrio), the Upper West Side, Washington Heights, Hamilton Heights and Morningside Heights, since June 2017.

The role of lieutenant governor in New York has long been largely ceremonial, with the officeholders traveling to ribbon-cutting ceremonies and town halls across the state. But Hochul was the second in 13 years to become governor following a resignation -- and this latest lieutenant appointment also comes amid a pandemic.

Watch the entirety of Thursday's "special announcement" in the player below.

Who Is Brian Benjamin?

So who is Benjamin? He was born in Harlem Hospital to a Caribbean-born mother and raised in the neighborhood. He graduated from high school in New York City and went on to earn a bachelor's degree in public policy from Brown University along with a master's of business administration from Harvard Business School.

He later worked as a developer of affordable housing following three years of working in investment banking at Morgan Stanley.

In his first state Senate term, he was the ranking member of the Senate Committee on Civil Service and Pensions. He currently serves as the chair of the Budget and Revenue Committee and as Senior Assistant Majority Leader. Benjamin is also on the Codes, Finance, Health, and Rules and Racing, Gaming and Wagering committees as well as the Joint Senate Task Force on Opioids, Addiction & Overdose Prevention.

Benjamin helped push through a law to criminalize the use of police chokeholds that result in injury or death in the aftermath of the killing of George Floyd by a police officer in Minnesota in 2020. He has also tweeted support for defunding the police and was an early supporter of former President Barack Obama's presidential campaign in 2007.

He served as a 2012 delegate for former President Barack Obama and as a member of Obama’s National Finance Committee.

This year, Benjamin sponsored a bill making it harder to incarcerate people for minor parole violations. The legislation passed the Senate and Assembly but hasn’t been delivered to the governor, according to the Senate’s website.

Benjamin has served as Chair of Community Board 10 and the Land Use Committee in an effort to keep Harlem rent affordable. He launched a mentoring program in 2013 at Harlem’s Wadleigh High School and was an alumni-elected trustee of Brown University.

Benjamin is listed as director at Canada-based Nextpoint Acquisition, according to his 2020 financial disclosure statements filed with the state in May. His annual salary is up to $50,000, while he has stock with a market value between $75,000 to $100,000.