The U.S. budget deficit totaled $2.77 trillion for 2021, the second-highest on record but an improvement from the all-time high of $3.13 trillion reached in 2020. The deficits in both years reflect trillions of dollars in government spending to counteract the devastating effects of a global pandemic.

The Biden administration said Friday that the deficit for the budget year that ended Sept. 30 was $360 billion lower than 2020, as a recovering economy boosted revenues, helping to offset government spending from pandemic relief efforts.

Before the deficit ballooned during two years of a global pandemic, the biggest deficit had been a shortfall of $1.4 trillion in 2009. At that time, the U.S. was spending heavily to lift the country out of a severe recession following the 2008 financial crisis. 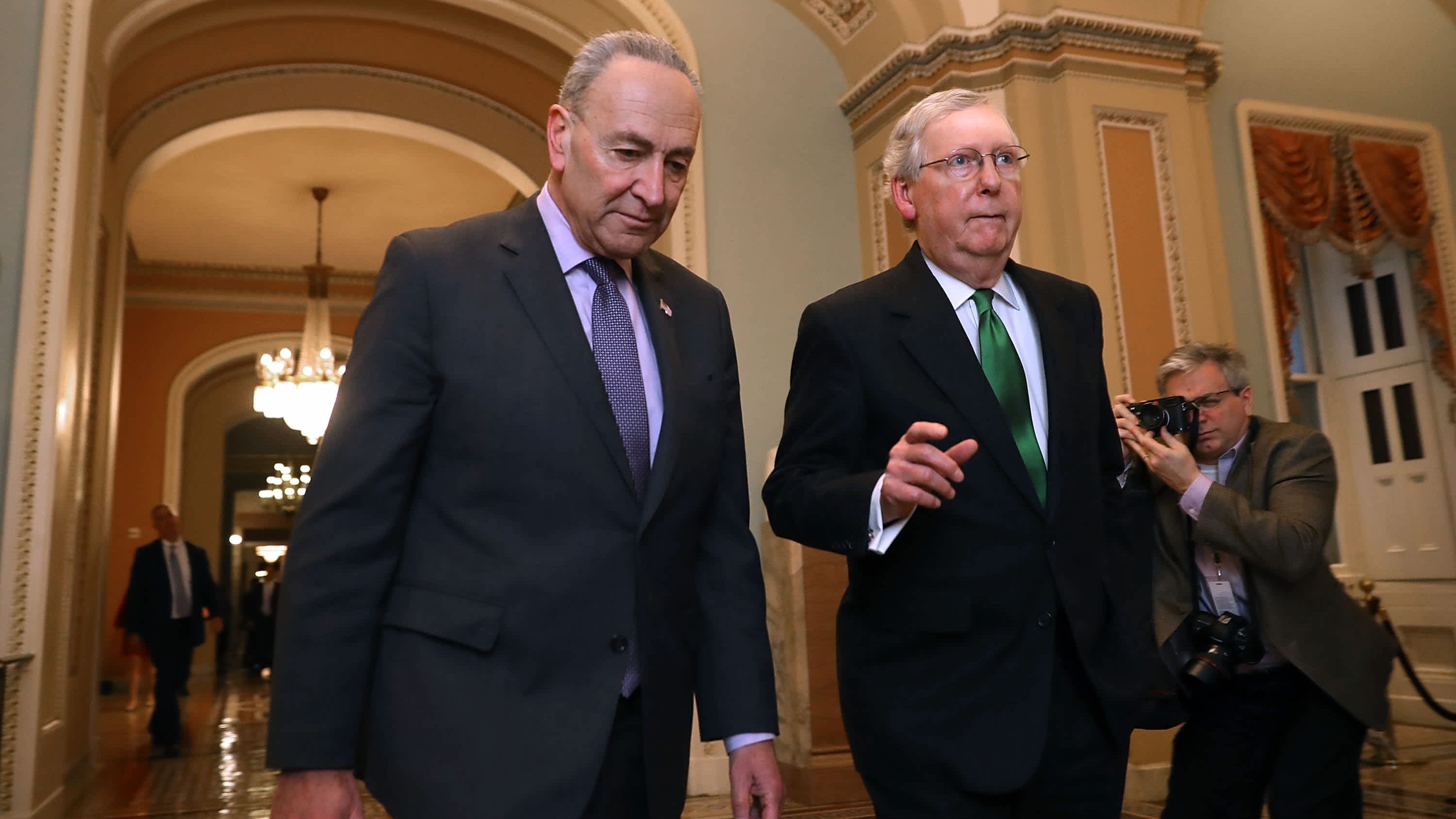 What Is the Debt Ceiling and Why Is It Important?

As a percentage of the overall economy, as measured by the gross domestic product, the 2021 deficit represents 12.4% of GDP, down from the 2020 deficit, which was 15% of GDP.

The 2020 deficit was the highest in relation to the overall economy since World War II, when it hit 29.6% of GDP in 1943 as the United States was borrowing heavily to finance the war effort. Those figures remained elevated at 22.2% of GDP in 1944 and 21% of GDP in 1945 before beginning to retreat once the war was won.

For 2021, the joint report from Treasury and the Office of Management and Budget said government spending increased 4.1% to $6.82 trillion. This was offset by an increase of 18.3% in government revenues to $4 trillion. The revenue gain reflected an improving economy as millions of people who had lost jobs at the start of the pandemic went back to work and corporate profits rebounded after a horrendous 2020.

“Under President Biden's leadership, the U.S. economy is getting back on track and Americans are getting back to work,” Treasury Secretary Janet Yellen and Shalanda Young, acting director of the Office of Management and Budget, said in a joint statement.

The non-partisan Congressional Budget Office expects the deficit will fall to $1.15 trillion in the current budget year, which began Oct. 1, and will dip below $1 trillion for three years from 2023 through 2025 before rising again above $1 trillion for each year through 2031.

That CBO forecast does not include the spending that will occur if Biden is able to get two pending measures through Congress: a $1 trillion proposal for traditional infrastructure projects such as roads and bridges, and his plan to bolster the social safety net and combat climate change.

The safety-net measure had a price tag of $3.5 trillion but is expected to be scaled back to around $2 trillion or less to meet the objections of moderate Democrats, including Sen. Joe Manchin of West Virginia.

In their comments, Yellen and Young credited Biden's economic policies for contributing to a lower deficit, including Biden's “swift action to mount a historic vaccination effort” and his success in getting Congress to approve $1.9 trillion in extra spending in the stimulus bill passed in March.

“While the nation's economic recovery is stronger than those of other wealthy nations, it is still fragile,” Yellen said. “In order to build upon the progress that has been made ... Congress should pass President Biden's Build Back Better plan."

Yellen and other administration officials have argued that running large deficits now is an acceptable way to boost economic growth and address long-term problems facing the middle class, such as a lack of child care. Yellen has said efforts to address those issues will boost productivity over the long-term and are cost-effective at a time when the government's borrowing costs are so low.

For 2021, interest on the debt totaled $562 billion, up $40 billion from the previous year. However much of that increase is due to higher inflation, which required the government to pay holders of Treasury securities higher returns. Payments on overall debt have remained relatively stable because interest rates have stayed low, even though the debt levels have been surging. Total public debt now stands around 100% of total GDP.

The CBO projections are that the deficits over the next decade will add another $12.1 trillion to the national debt.

Congress earlier this month approved a short-term increase in the debt limit to $28.88 trillion that will allow Yellen to keep employing extraordinary measures to avoid the first-ever default on the debt, something she has warned would be catastrophic and likely push the country into another recession.

Yellen has said her maneuvering room will run out in December if Congress does not either enact a sizable increase in the borrowing limit or suspend it altogether. Congress must also enact a budget plan for this year or approve another stop-gap spending bill by Dec. 3 to avoid a government shutdown.