Karen Hinton, a top Cuomo staffer and later consultant at HUD, alleges the former governor was physically inappropriate with her

Karen Hinton, once one of NY Gov. Andrew Cuomo's top aides and consultants in his days as HUD secretary, is speaking out with new allegations that Cuomo hugged her in an "inappropriate" and "unethical" embrace in a California hotel room 21 years ago.

Hinton says the then-Cabinet member made a pass at her during a meeting that was supposed to be about a news conference. She says Cuomo hugged her – and she says she could physically feel he was sexually aroused.

"He started asking me personal questions. I was uncomfortable with that conversation. So I stood up to leave and he walked across from his couch and embraced me intimately. It was not just a hug. It was an intimate embrace. I pulled away. He brought me back. I pulled away again and I said 'look I need some sleep, I am going,'" Hinton told News 4 in her first TV interview about the incident.

"It was inappropriate. We both were married. I worked for him and it was too much to make it so personal and intimate," she said.

A spokesman for Gov. Cuomo stridently denied Hinton's claim, telling News 4: "This did not happen. Karen Hinton is a known antagonist of the governor's who is attempting to take advantage of this moment to score cheap points with made-up allegations from 21 years ago. All women have the right to come forward and tell their story -- however, it's also the responsibility of the press to consider self-motivation. This is reckless."

Two people who have known Hinton for years say Hinton confided in them about the alleged hotel incident years ago - with one telling News 4 that Hinton called her shortly after it happened.

Yet, two Cuomo allies who worked closely with Hinton at HUD say they find the allegation nearly impossible to believe. They say the outspoken Hinton never mentioned a hotel incident with Cuomo.

Hinton says she is speaking out now, all these years later, because she wants to support the women who have stepped forward to accuse Cuomo of sexual harassment.

She's a long-time media strategist who was both a top staff aide (and later a consultant) to Cuomo, and who also served for a time as press secretary for NYC Mayor Bill de Blasio, a Cuomo rival. Hinton has been outspoken for years about women’s rights issues.

Hinton describes a difficult past work environment for women under Cuomo at HUD – allegations which mirror some of the current claims: inappropriate references to boyfriends, husbands, even sex.

And she said while at HUD, Cuomo at times made hiring decisions based on a woman’s looks. She says Cuomo told her once why an apparently qualified candidate with ten years' experience did not get hired.

"I sat in on the interview and he told me later she wasn’t attractive enough for the job so he didn’t hire her," she said.

The new charges, one detailed in the Wall Street Journal and the other from Hinton to News 4 and in the Washington Post, will ratchet up the pressure on the three-term governor.

Already more than 25 Democrats at all levels of government have called on Cuomo to resign -- a stunning turn for someone who just a few months ago was considered a possible frontrunner for the party's presidential nomination in 2024.

The Wall Street Journal reported that according to Ana Liss, a policy and operations aide from 2013 to 2015, Cuomo asked if she had a boyfriend, called her "sweetheart," touched her lower back and once kissed her hand as she rose from a desk.

Liss told the paper it was part of a pattern of behavior that she felt demeaned her achievements simply because she was a woman.

The paper said it spoke to more than 30 current or former Cuomo officials who described an incredibly intense working environment, one that some characterized as "toxic."

A spokesman for Cuomo issued a statement in response to the Journal story, rebuffing the allegations.

"Reporters and photographers have covered the governor for 14 years watching him kiss men and women and posing for pictures. At the public open house  mansion‎ reception there are hundreds of people and he poses for hundreds of pictures. That's what people in politics do," the spokesman said.

The Journal story came just minutes after a separate story from the Washington Post, which also cited extensive interviews with more than 20 former Cuomo staffers on what was again alleged to be a "toxic" workplace, and one where young women were purportedly asked routinely about their dating lives.

Cuomo's office released a statement on the Post story as well, referring specifically to the allegations about the workplace culture.

"The people of this state elected the Governor to represent them four times during the last 14 years and they know he works day and night for them. There is no secret these are tough jobs, and the work is demanding, but we have a top tier team with many employees who have been here for years, and many others who have left and returned. The Governor is direct with employees if their work is sub-par because the people of New York deserve nothing short of excellence," it said. 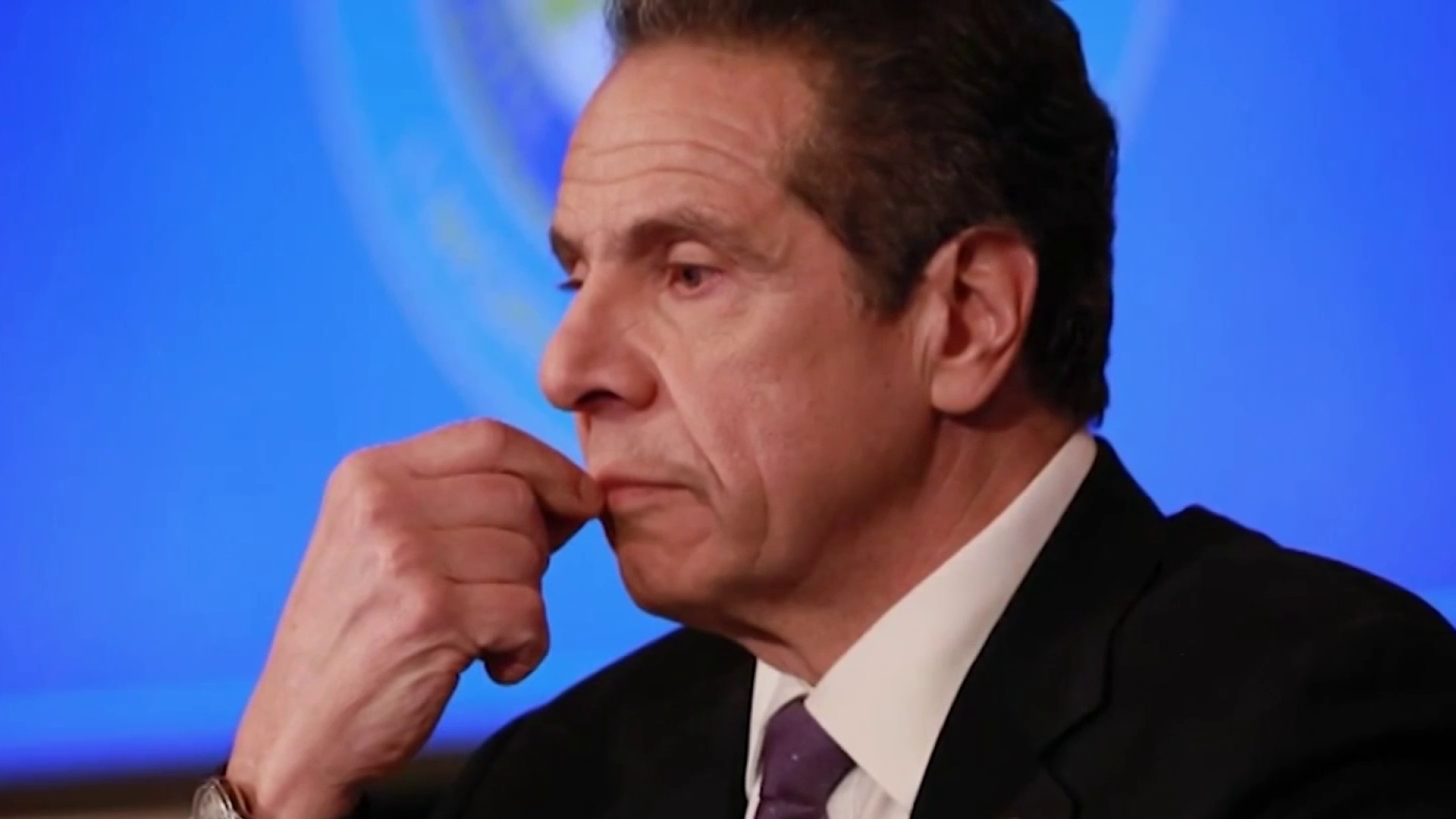 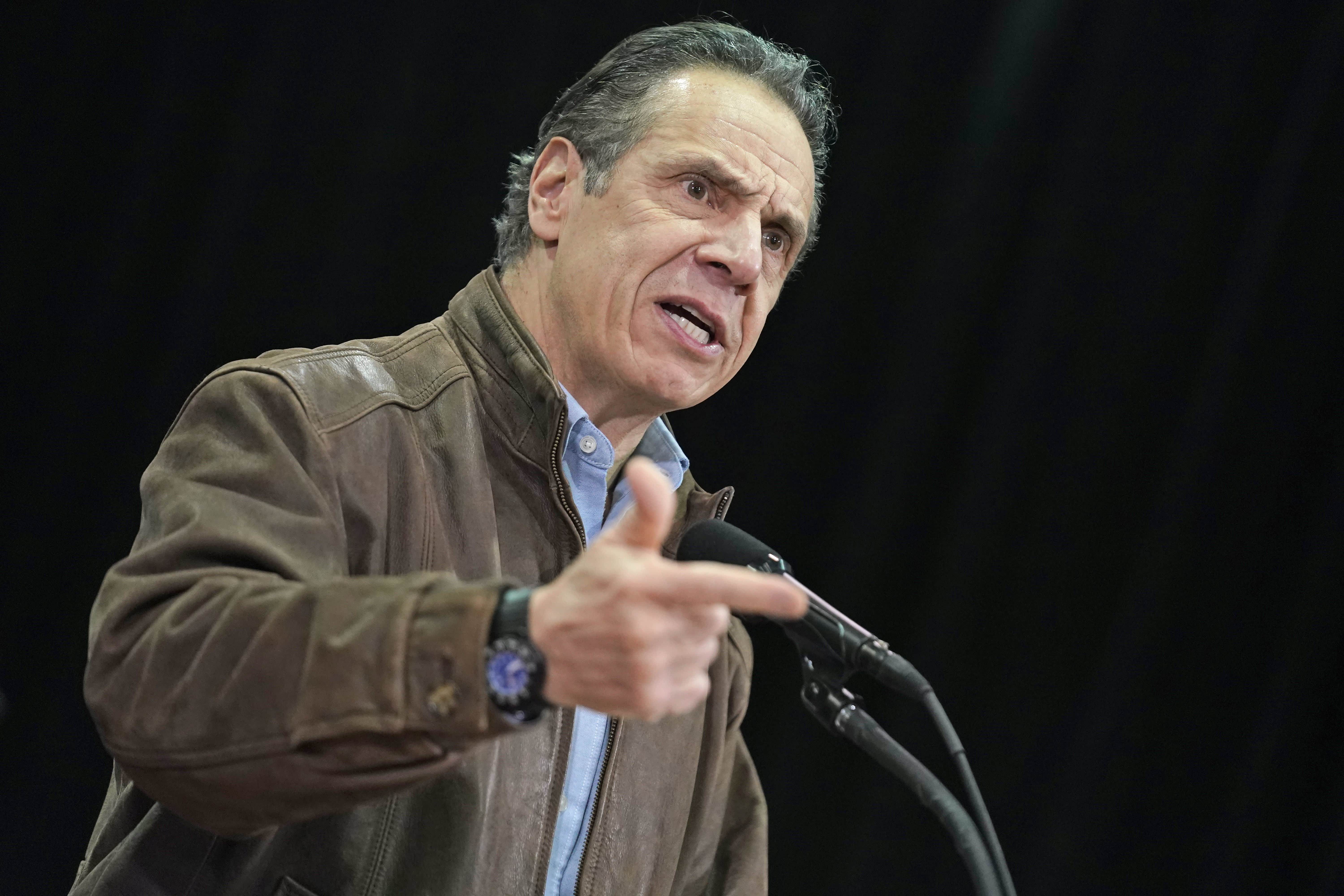 It remains to be seen how lawmakers and allies of the governor will react to the newest charges. Earlier this week, state Senate Majority Leader Andrea Stewart-Cousins said if there was one more credible allegation against Cuomo, it would be time for him to resign.

Assembly Speaker Carl Heastie, whose chamber would initiate any possible impeachment proceedings against Cuomo, has not gone as far publicly. But he has made clear his displeasure with recent events, and strongly supported calls for an independent investigation now being launched by Attorney General Letitia James.

Beyond James' probe, which is in its earliest days, federal prosecutors are also looking at the state's handling of data on nursing home COVID deaths. Reports this week suggested Cuomo's closest aides removed data from a report last summer that would have indicated nursing home deaths were 50 percent higher than the governor's office said.

Cuomo's spokespeople have denied any wrongdoing in that specific instance, or in general with the handling of nursing homes.