Rudy Giuliani Says U.S. Has ‘Gone Off the Rails,' Denies He Has Alcohol Problem

If his reputation has taken a hit, the former mayor says it’s the fault of the media and what he calls an irrational hatred of former President Donald Trump — a bias that Giuliani says has now taken hold at the U.S. Department of Justice

Almost 20 years after being dubbed America’s Mayor, Rudy Giuliani says he knows that people think he’s gone off the rails.

“I don’t care,” he told NBC New York during a recent interview at the World Trade Center Memorial in which he discussed everything from the prospect of going to jail to allegations he is an alcoholic.

Asked about the widespread perception that he’s changed and even squandered his 9-11 legacy in recent years, Giuliani said, "I am aware of that. And what’s happened is, our country has gone off the rails...I'm exactly the same person. They changed!" 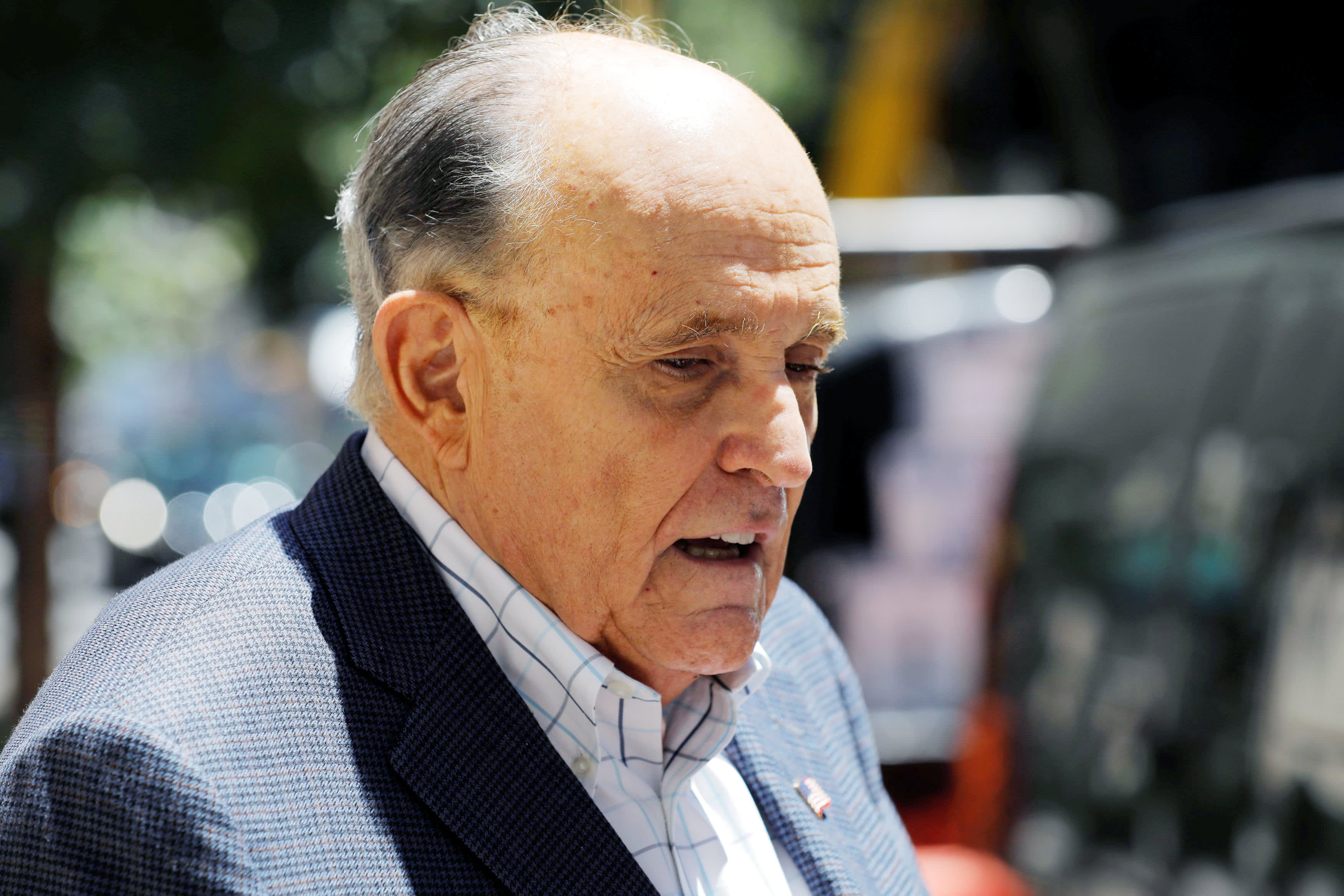 Rudy Giuliani Seeks to Limit What Feds See on His Electronics 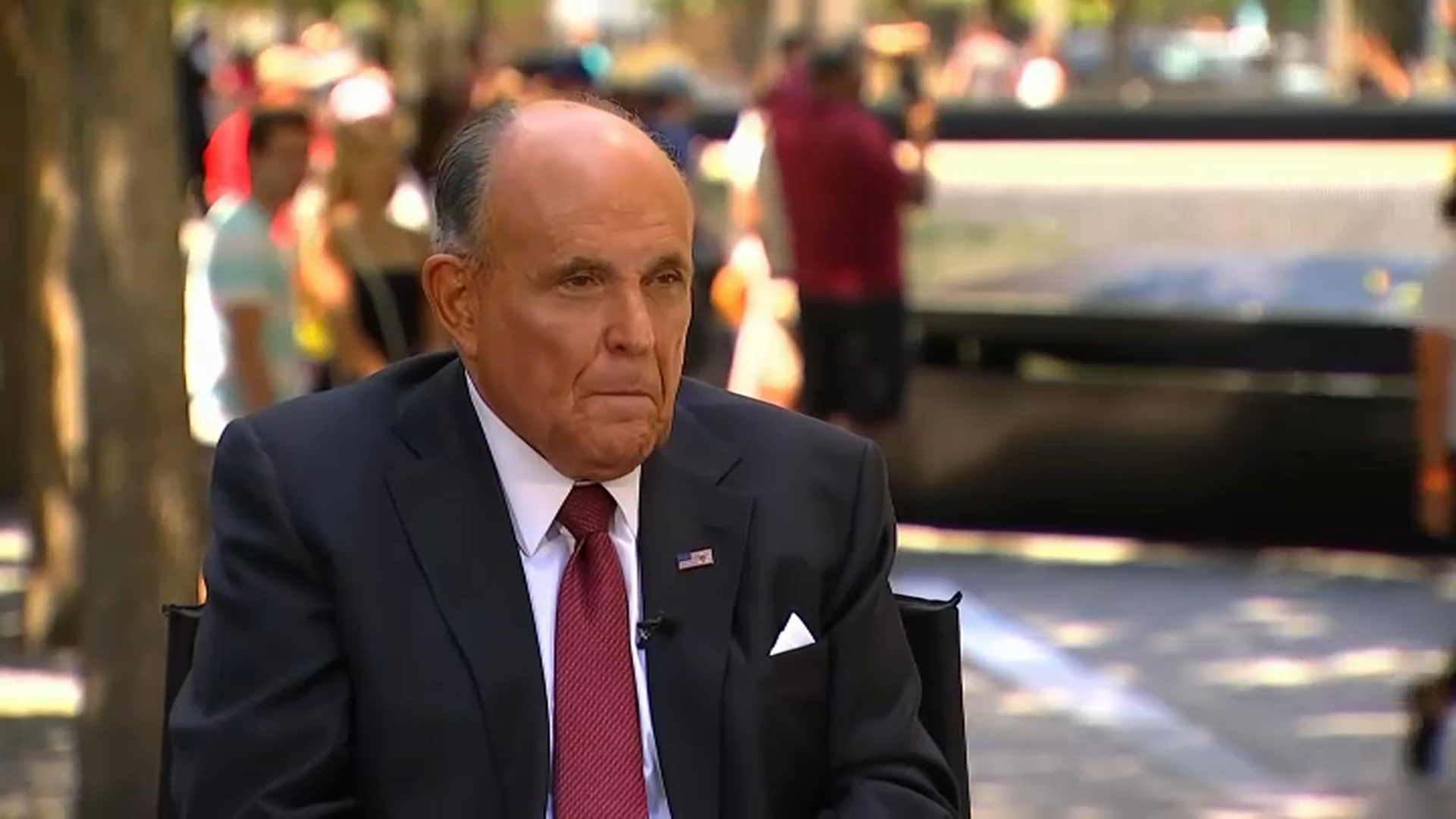 If his reputation has taken a hit, the former mayor says it’s the fault of the media, and what he calls an irrational hatred of former President Donald Trump. Giuliani says this bias has now taken hold at the U.S. Department of Justice which is investigating his dealings in Ukraine while serving as the president’s lawyer.

Giuliani tells NBC New York the FBI now wants to examine his emails and texts dating back to 1995. "This is as unconstitutional as you can get. Investigate my life, even my time as Mayor for some crime, or something they can distort into a crime," he said.

Though furious that the FBI raided his law office, Giuliani is amused that investigators have not been able to unlock his cellphone, months after seizing it.

Former New York City mayor Rudy Giuliani expressed his opinions about the messy military pullout from Afghanistan, accusing the president of "negligence" despute his own past support for an even swifter exit. NBC New York's Government Affairs Reporter Melissa Russo has the story.

"I don’t think they’ve been able to get into it, which is why they won’t give it back," Giuliani said, laughing out loud. "If they were nicer to me, I’d help them. But they’re not nice. They’ve been investigating me for two and a half years, and I’ve bene offering to go there and explain anything they wanted."

Giuliani also wrote in a text message that the investigators "can come close to bankrupting me. Screw 'en (sic) they are destroying equal justice and I will beat them because I've done nothing wrong and they have become distorted, unethical and even illegal prosecutors."
The FBI and Justice Department declined comment.

A New York state appeals court ruled Thursday that Rudy Giuliani's law license should be suspended due to lies he told regarding the outcome of the 2020 presidential election. NBC New York's Chris Glorioso reports.

The 77-year old former mayor also denies accounts from unnamed former White House coworkers in published reports that he has a drinking problem.

“Never,” he said. "I don’t think I've ever done an interview drunk. I mean, I drink normally. I like Scotch, I drink Scotch," he said.

"I'm not an alcoholic," Giuliani insisted. "I’m a functioning, I probably function more effectively than 90 percent of the population."

In his time since the Trump administration came to an end, Giuliani has been temporarily disbarred for making false statements about the 2020 election results. He remains fixated on proving that the Biden family is corrupt, a mission he says is as important as his work 20 years ago after 9/11.