Trump Seeks to Scale Back Environmental Reviews for Projects

The order would direct federal agencies to seek workarounds from bedrock environmental laws, such as the Endangered Species Act

President Donald Trump signed an executive order Thursday directing agencies to look for ways to speed up building of highways and other major projects by scaling back environmental reviews, invoking special powers he has under the coronavirus emergency.

Separately Thursday, the Environmental Protection Agency formally proposed overhauling how the agency evaluates new rules on air pollutants, a move critics say will make it tougher to enact limits on dangerous and climate-changing emissions in the future.

The actions are the latest efforts from the Trump administration to emphasize reduced regulatory burdens on businesses over the environment and public health.

Trump Order Gives 35 Million Student Loan Borrowers a Break Until 2021. What We Know So Far 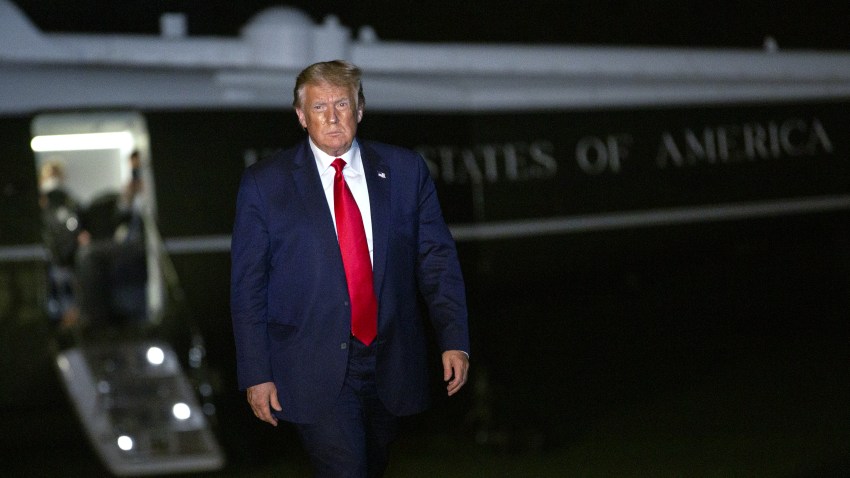 Why You Might Not See Cash From a Payroll Tax Cut, Even With Trump's Executive Order

The executive order would direct federal agencies to pursue emergency workarounds from bedrock environmental laws, such as the National Environmental Policy Act and the Endangered Species Act, to hasten completion of various infrastructure projects..

Trump, who has consistently sought to cut environmental reviews, said in the order that the economic lockdown and accompanying massive unemployment required the action.

“Unnecessary delays in timely agency actions will deny our citizens opportunities for jobs and economic security and will hinder our economic recovery from the national emergency, keeping millions of Americans out of work," it states.

Trump has been issuing executive orders on a near-weekly basis during his fourth year in office. Thursday's order will mark his 25th of the year as he uses the pandemic to justify efforts to do away with government regulations that are designed to protect the environment and public health but are viewed by critics as costly and unnecessary.

The president has consistently portrayed the permitting process as hindering infrastructure projects in the U.S.

He issued an executive order in August 2017 that was designed to speed infrastructure projects. But a report prepared for the Treasury Department in 2016 looked at 40 major proposed transportation and water projects whose completion had slowed or was in jeopardy and found that “a lack of funds is by far the most common challenge to completing these projects.”

Meanwhile, finding the additional dollars to fund new roads and bridges has proved elusive as lawmakers and the president fail to agree on the extremely difficult choices that are necessary to raise more money for transportation projects without adding to the already soaring national debt.

In anticipation of Trump's executive order, environmental groups said sidestepping environmental review requirements would hurt many of the same communities already suffering the most from the pandemic.

“Americans are crying out for leadership to confront racist violence and stop the spread of a deadly pandemic. This administration is not only ignoring those cries — but piling on the burden. We will not let this stand," said Gina McCarthy of the Natural Resources Defense Council.

"By using the coronavirus pandemic to justify fast-tracking potentially wasteful, dangerous or destructive infrastructure programs, the president has proven once again his utter contempt for our laws, for the health of our communities and for the future of our children," Democratic House Speaker Nancy Pelosi said.

The separate EPA proposal –- now going up for the legally required public comment period before any adoption -– would require cost-benefit analyses for every major new regulation under the Clean Air Act.

It would also tighten consideration, in weighing any new pollutant limits, of broader benefits to clean air that would come from regulating the primary targeted pollutant. The Trump administration already has used that tighter standard to undermine an Obama-era act that cut emissions of not only mercury but other health threats from coal-fired power plants.

Environmental groups contend the Trump administration is gaming costs and benefit calculations in its loosening of environmental and public health protections, considering them differently in different cases as needed to justify emissions rollbacks for power plants, vehicles and other pollution sources.

EPA Administrator Andrew Wheeler told reporters any differences were only because the Trump administration was still putting its version of the rules in place.

“At the end of our second term, you can look back and judge us, how well we did with our regulations, from how we did,” Wheeler said.

Cutting regulations has been a hallmark of Trump's presidency and conservative groups and lawmakers have been encouraging him to keep it up.

“Time is money, so eliminating delays that hold up or kill projects will have the same impact as increasing funding, and it will let workers get back on the job improving our infrastructure," said Rep. Sam Graves, the ranking Republican on the House Transportation and Infrastructure Committee.