A councilman-elect's campaign alleges a sergeant assigned directly to the mayor’s office was “visiting homes” about the election controversy, with video showing him present as police ask a woman in Spanish if anyone had improperly approached her about how to cast her vote-by-mail ballot

One of the winners of the scandal-plagued Paterson City Council election is calling on the New Jersey U.S. Attorney to investigate that city’s mayor and police department in connection with apparent home visits to voters after the election.

Councilman-elect Alex Mendez also alleges through his attorney that police personnel were used to “conduct surveillance on candidates that were not supported by Mayor Sayegh” before election day.

The June 8 letter from Mendez attorney Gregg Paster to U.S. Attorney Craig Carpenito comes amid ongoing controversy in Paterson about the recent vote-by-mail only election. Widespread allegations of voter fraud and ballot bundling have had some candidates, community leaders and residents voicing concerns the election results in the state’s third largest city may be tainted.

In the letter to the U.S. Attorney, the Mendez campaign names a police sergeant assigned directly to the mayor’s office as “visiting homes” about the election controversy. Video of one interaction provided by the Mendez campaign appears to show that sergeant present as police spoke with a 73-year-old woman in Spanish about whether anyone had improperly approached her about how to cast her vote-by-mail ballot. A spokeswoman for Attorney General Gurbir Grewal did not return calls and emails as to whether the visit seen on video was an authorized visit that was part of any ongoing election fraud investigation. 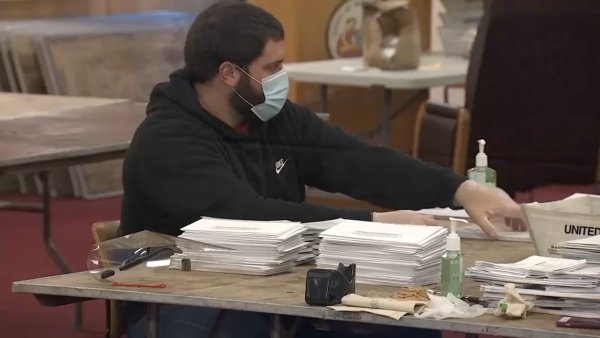 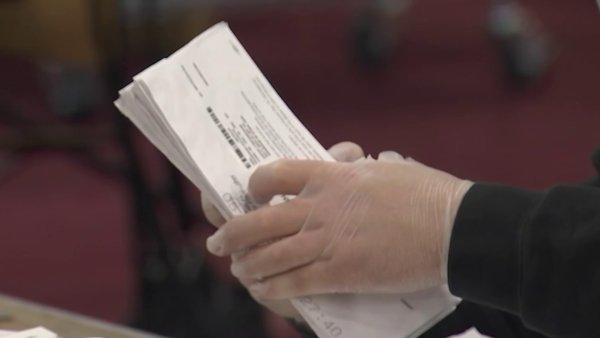 Mendez campaign officials say at minimum the video raises questions of propriety. They said a police sergeant who works directly for the mayor’s office should not be helping in an investigation into political rivals.

“It seems wholly inappropriate, and more than likely illegal, for city police officers working directly for the mayor’s office, at the expense of city taxpayers, to be conducting investigations of city voters, obviously for the purpose of gathering evidence for an election challenge, or worse still, to intimidate and suppress the vote,” the Mendez campaign attorney wrote.

Mayor Andre Sayegh issued a statement saying that it is "abundantly clear that authorities are investigating irregularities and potentially unlawful behavior, pertaining to the recent council elections, as per media outlets. While Mr. Mendez imprudently attempts to control the narrative regarding these investigations, we can rest assured that justice will ultimately prevail. My focus has always been safeguarding the ideals of democracy that we hold sacred."

Mendez, a political rival of the mayor's, defeated longtime councilman William McKoy by 240 votes. McKoy is going to court to try to overturn the election results based on what he alleges was fraud.  McKoy called the Mendez complaint letter “the height of absurdity.”

McKoy said his understanding is that Paterson police officers were asked by the attorney general’s office to assist as translators. McKoy said pulling a Spanish-speaking officer out of the mayor’s security detail instead one patrolling the streets made sense — but in hindsight, acknowledged the optics for the mayor are not great.

Post Office officials have said hundreds of ballots from Paterson were found bundled in a single mailbox in the neighboring town of Haledon, raising questions of fraud. Social media video has also shown ballots left scattered in the lobby of apartment buildings. Other video shows a single voter holding numerous ballots.

Paster said the all vote-by-mail election was held due to coronavirus safety concerns and efforts were made to maximize participation. Even though Mendez won, Paster voiced concern that 20 percent of the entire vote was being thrown out by the Passaic County Board of Elections.

Paster said too many minority voters were losing their vote.  “It would appear at this time that there is a systematic plan underway to disenfranchise a significant portion of the Latino electorate," he said, adding that city police who answer to the mayor should have no role in an election-related investigation as it raises issues of “intimidation” and “abuse of power.”

In Paterson, New Jersey, some are now voicing doubt about the fairness and accuracy of the vote-by-mail count. Jonathan Dienst reports.

“It is incumbent on all levels of law enforcement to get to the bottom of who is harassing these voters and to take such action as necessary to make it stop," Paster said.

A spokesman for the U.S. Attorney declined to comment on the letter.  A spokeswoman for the FBI has said the office does not comment on whether or not an investigation is underway.