New York City Mayor Bill de Blasio called for a "full and independent investigation" Thursday when asked for his latest comments on the sexual harassment allegations against Gov. Andrew Cuomo, who is enmeshed in dueling but separate controversies that have drawn bipartisan criticism in recent weeks.

The governor himself stayed silent on Thursday, with his office having longtime consultant Steve Cohen defend him, insisting he had "never seen anything of the like what Ms. Boyland has described," adding that Cuomo had always been "appropriate" around him and other staff.

"I want to emphasize the word 'independent' investigation by some individual or entirety that is not compromised that is not something dominated by the governor's office but an independent investigation," said the mayor, who has butted heads with Cuomo at times over a myriad of city vs. state issues. "If it’s true, this is unacceptable in any public servant or anybody.”

Democrats and Republicans alike across the state are calling for an independent investigation, as is the group Times' Up — the women's empowerment movement that in 2019 teamed up with Cuomo to strengthen laws against sexual harassment.

"I think we have a moment in time today to recognize a major problem that has existed. A dirty little secret of society," Cuomo said during a 2019 press conference with members of Time's Up. "Sexual harassment, sexual abuse of women is a widespread, pervasive issue that has gone on for years in a male-dominated society."

De Blasio's comments Thursday came after he said a week ago he wasn't surprised by separate bullying allegations against Cuomo in connection with the ongoing probe into his administration's handling of nursing home patients amid the coronavirus pandemic and its reporting of deaths in those facilities. A federal investigation into the Cuomo administration regarding that is in its early stages, and several lawmakers grilled the state's top health official over his insistence that a state policy didn’t fuel COVID-19 outbreaks in nursing homes.

The governor said he did not hit back at critics fast enough, which why he said confusion and anger continue to grow over his administration's handling of COVID-19 deaths in nursing homes. NBC New York's Jonathan Dienst reports.

Health commissioner Howard Zucker testified for several hours before a joint legislative committee, fielding questions about the state’s decision in the spring to temporarily bar nursing homes from refusing to accept COVID-19 patients being discharged from hospitals solely because they’d had the virus. Zucker said he wanted to “move forward” from such questions, but lawmakers, including both Democrats and Republicans, wouldn’t let him.

“It’s troubling to me that we keep going back to an issue where… all the data has shown… that this is not what brought the infection into the nursing homes,” Zucker said.

Most outbreaks were due to infected nursing home staff members unknowingly bringing the virus into facilities, Zucker said. Substantially all nursing homes had at least some infected patients before receiving any recovering COVID-19 patients discharged from hospitals.

Sen. Dan Stec, a Republican, asked Zucker if he’d rather have his grandparent in a room of 20 out of 50 people infected with COVID-19, or a room with one out of 50 infected. Zucker said he’d be equally concerned in either room: “Because the disease is … already in the facility.”

When asked whether the March directive contributed to outbreaks, Zucker said: “No.” He added there could have been “that random person” who spread it, but said: “This memo was not the driver of nursing home fatalities.”

Ulster County Democrat Assemblyman Kevin Cahill asked Zucker if he was ordered by the governor to delay releasing the information, or if he made that decision on his own. Zucker said that a "void" got created somehow, and that info should have been released sooner.

Some lawmakers also grilled the commissioner about the state’s underreporting of the number of COVID-19 deaths among residents in nursing homes and assisted living facilities. The state’s official death toll in long-term care facilities now stands at over 15,000, up from the roughly 9,000 previously disclosed as of late January. Critics say Cuomo was trying to minimize the extent of the pandemic among the state’s most vulnerable at a time when he was lauded for his pandemic leadership.

A growing body of research does suggest community spread is the biggest risk factor for outbreaks at nursing homes. Zucker has said that if the state didn’t hadn’t encouraged nursing homes to find space for patients being discharged from hospitals, it could have led to catastrophic conditions in emergency departments then overwhelmed with patients.

Long-term care residents represent at least a third of all reported pandemic deaths in New York, roughly in line with the national average, according to data from The COVID Tracking Project and John Hopkins University.

Zucker didn’t answer a lawmaker’s question about whether the governor’s office directed him not to respond for months to lawmakers’ August request for data on people living in nursing homes who died of COVID-19.

The controversy surrounding nursing homes seems to have taken a back seat to the sexual misconduct allegations however, at least for the moment. In Boylan's blog post from Wednesday, she alleged that the governor invited her to play strip poker during a flight, called her by the name of a former girlfriend whom he said she resembled but "better looking," sent her flowers and had autographed photos left in her closed office. On one occasion in 2016, she claimed that Cuomo blocked her exit from a room and kissed her.

Already under fire for his administration's handling of nursing home data of COVID-19 deaths, Gov. Cuomo is embroiled in another scandal, this time involving harassment claims from a former aide. NBC New York's Gilma Avalos reports.

After her claims emerged, multiple New York media outlets obtained what were reported to be state personnel records allegedly showing multiple complaints against her by colleagues, complaints of both a behavioral and racial nature. Boylan said in Wednesday's blog post that she has never seen the file in question, that it was leaked to smear her, and that she expects more efforts to disparage her after her latest post.

"I know some will brush off my experience as trivial. We are accustomed to powerful men behaving badly when no one is watching. But what does it say about us when everyone is watching and no one says a thing?" Boylan wrote.

"If you need more time with your own family, he will treat you like you are cheating on him. If you have your eye on another, better job, he’ll try to make that job disappear. Escaping Cuomo is tough because he has to exercise total control," Hinton wrote.

Some New York politicians have spoken out in the wake of the recent claims. State Assembly Speaker Carl Heastie, a fellow Democrat, said that he had read the reports and called them "serious allegations. Harassment in the workplace of any kind should not be tolerated."

On the other side of the political aisle, Upstate Republican Rep. Elise Stefanik called Cuomo a "criminal sexual predator," while Long Island Rep. Lee Zeldin said that the governor has long used "intimidation to cover up his rich history of bullying, threats, intimidation and harassment."

Republicans in the New York State Senate wrote a letter Wednesday to Attorney General Letitia James calling for an investigation from an independent special prosecutor into the claims Boylan made. They said that, if true, the "actions of the Governor and his staff are not only grossly inappropriate — they are also potentially criminal in nature."

The controversies regarding Boylan, nursing home COVID deaths and bullying accusations from a Queens Democrat may be having deeper political implications for Cuomo as well: A new poll found that 57 percent of New Yorkers want a new governor next year. 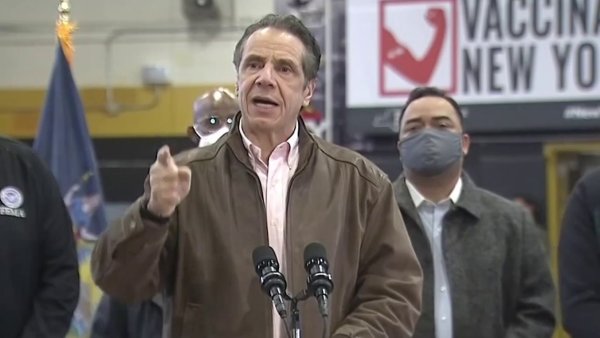