Too Close to Call: NJ Governor's Race Has Murphy, Ciattarelli in Dead Heat

No Democrat has won reelection as governor in New Jersey since Brendan Byrne in 1977, and the party opposite the president's has won the New Jersey governorship going back to 1985

New Jersey Democratic Gov. Phil Murphy and Republican Jack Ciattarelli on Wednesday were locked in what amounts to a tie in the New Jersey governor’s race, with both candidates buckling up for a close finish likely to be contested by the loser.

The Associated Press has not declared a winner in the race as votes from Tuesday's election were still being tallied on a night that imparted some bad omens for Democrats. Incomplete returns showed Ciattarelli and the first-term governor were separated by about 1,200 votes out of more than 2.3 million cast.

The closeness of the race has surprised experts, who watched public polls showing Murphy leading comfortably and looked to his party’s registration advantage of more than a million voters.

“If you asked anybody several months ago within the state, I think anyone would have predicted a high double digit landslide for Murphy,” said Ashley Koning, director of the Eagleton Center for Public Interest Polling.

Murphy had been leading in the polls, has a 1 million-voter registration advantage and had more cash in his campaign coffers than Ciattarelli in the final days of the race. But the Republican has far surpassed the Republican nominee from four years ago in fundraising and has seen the gap in public polls move in his favor — if only by a few points. Track election results live right here as they come in.

By Wednesday morning, it was clear the results of the elections delivered bad omens for Democrats, with Republicans capturing the Virginia governor’s seat.

The close result also reflected exasperated voters, who were looking for an outlet to vent, he added.

“If you’re frustrated with just your life right now, COVID requirements, your job, your business, the cost of living, then this was your first chance to express your frustration,” he said.

News 4 has team coverage of all the major races throughout the region, including the race for NYC mayor, NJ governor, multiple positions on Long Island, and a race featuring a big name in Stamford, Connecticut.

Murphy’s campaign centered on the progressive agenda he shepherded through the Democrat-led Legislature in his first term, delivering on promises like hiking the minimum wage, taxing millionaires and legalizing recreational marijuana, among others.

But the tug of political history was on the governor’s mind.

While a Ciattarelli win would send a jolt through state and national politics, a win by Murphy would also break some historical trends.

No Democrat has been reelected governor of New Jersey since 1977, and the party opposite the president’s has won the seat going back more than three decades. Unlike experts, he grasped that the race could be close, saying he was running as if he were the underdog.

“I mean history has proven that this could be a very fickle year in terms of politics,” Murphy said in a recent interview with The Associated Press. “The New Jersey election is overwhelmingly either a referendum on or a reaction to the presidential that just came before. I think we can all agree that was the most unusual presidential we’ve ever seen. How it impacts us? I do not know. But I know it adds more volatility, more uncertainty, yet another reason for us to run like we’re 10 points down and that’s exactly what we’re doing.”

Ciattarelli, too, was preparing for a close race. His spokesperson said Wednesday that the campaign was focused on counting votes.

Election Day is underway in the Tristate area with voters heading to the polls to determine the next mayor of New York City and governor of New Jersey. Melissa Russo, Andrew Siff, Pat Battle, and Brian Thompson report.

In the run up to the election, he reminded voters during one rally that Republican Tom Kean Sr. won the governorship by a narrow margin in 1981.

The party expanded its registration advantage to 1 million more than Republicans and also picked up all but one of the state’s 12 House seats, though it lost one when a lawmaker defected to the GOP over the Democratic push to impeach Trump.

Ciattarelli is a former state Assembly member, serving until 2018. He’s the founder of a medical publishing company called Galen Publishing, and served as a local and county official in Somerset.

He walked a line between standing up for the moderate stances he had in the Legislature — like supporting Roe v. Wade — and appealing to Republicans who embraced Trump, particularly on cultural issues that have captured attention across the country

For example, he seized on a story about a school district that considered calling holidays simply a day off instead of their name. An Italian-American who regularly cites his heritage on the trail, Ciattarelli vowed that if he were governor the state would embrace the holiday. 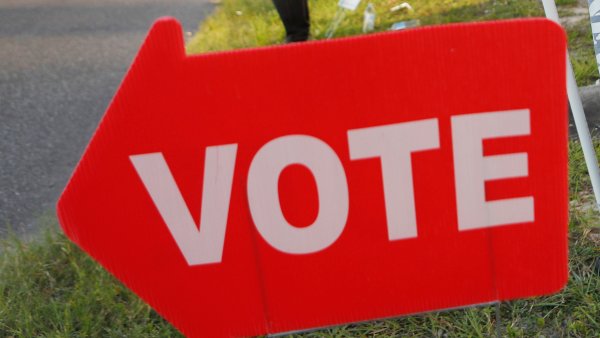 Columbus Day is already a state holiday in New Jersey.

Murphy had no public schedule on Wednesday, and Ciattarelli has not announced plans to appear publicly either.

At Murphy's election night party in Asbury Park's convention hall, the crowd went from cheering early results reported on TV to milling around the cavernous venue and checking their phones. At Ciattarelli's camp in Bridgewater, the crowd was breaking out into periodic cheers.

At 12:30 a.m., Ciattarelli said he couldn't yet declare a victory because votes remained to be counted, but said he fully expected to make a victory declaration once that happens.

“We’ve sent a message to the entire nation. This is what I love about this state: Every single time it's gone too far off track, the people of this state have pushed, pulled and prodded it right back to where it needs to be," he told the crowd.

An enthusiastic Murphy also appeared onstage, hopeful for a win.

“When every vote is counted, and every vote will be counted, we hope to have a celebration,” he said.

Murphy has campaigned as a solid progressive, with a record to show for it. He signed bills into law that expanded voting access, provided for taxpayer-funded pre-K and community college, hiked the minimum wage to $15 an hour over time along with opening up the state to renewable energy like wind power.

Polls showed Murphy got solid support for his handling of the COVID-19 outbreak, which hit New Jersey hard in early 2020 and resulted in the deaths of more than 25,000 people.

About a third of those deaths occurred in nursing and veterans homes. But the state also excelled at getting people vaccinated and was quick to become one of the states with the highest percentages of eligible people to be fully vaccinated.

A lawsuit filed Tuesday evening by the American Civil Liberties Union of New Jersey, based on social media posts and local news reports, alleged that dozens of voters were turned away from polls. In some places, that was because electronic tablets used to check in voters struggled to connect to the internet.