Mayor Adams Moved to Set Up Brother With Job Before Approval, Sources Say

Mayor Eric Adams may have already violated New York City ethics law by asking the NYPD to hire his brother Bernard before obtaining permission from the City's Conflicts of Interest Board, according to interviews with local ethics experts.

"No city official can take an action to hire a brother or sister, without the prior approval of the Conflicts of Interest Board. That approval has to come first," said Mark Davies, who served as the executive director of the COIB for 22 years.

The process to hire Adams' brother Bernard was initiated just before Christmas to make him a deputy commissioner of the NYPD, earning approximately $240,000 a year, according to sources familiar with the request.

Trying to get in front of any criticism over his decision to hire a family member during his first week on the job, Mayor Eric Adams played defense over the weekend and shared insight to his brother’s future role in the administration. NBC New York's Melissa Russo reports.

Bernard Adams, a retired NYPD sergeant, was working for the past decade as head of parking enforcement at a Virginia university. Mayor Adams said in televised interviews this week that his brother is the person he trusts most to oversee his personal security, though one senior city official familiar with the hiring said the Mayor "just wanted to give his brother a job."

Bernard Adams has been on the city payroll and reporting to work since December 30,  according to a City Hall official briefed on the timeline.

But the official said the mayor's team did not begin the process of COIB approval until placing a phone call on January 7, the same day News 4 inquired about the hiring of his brother, which had not yet been made public.

The City Hall official added that the Mayor's office is still in the process of drafting the waiver request, which they expect to be filed Wednesday or Thursday.

Both City Hall and the NYPD declined to comment for the record.

"Requesting a waiver from the Conflicts of Interest Board later does not cure a prior ethics violation," said Davies, who declined to draw any conclusions about this specific case because he is retired and not involved.

He noted that just the act of "sending a resume" for an immediate family member has resulted in fines -- like a former elections commissioner who paid a $5,500 fine in 2014 for helping her sister get a job by submitting a resume to colleagues.

The mayor put a former top cop in charge of public safety, even though the former NYPD chief of department was previously mired in a federal corruption investigation. NBC New York's Jonathan Dienst reports.

City Hall has not explained why Adams' brother was hired before seeking permission, other than to say that Adams wanted his security team in place before his first day on the job.

One mayoral aide suggested that Adams could not have filed the waiver request until he took office, though there is some uncertainty about whether that is correct. The Conflicts of Interest Board says public servants can seek the board's advice before they've begun their city service.

While initially hired as a deputy commissioner at a salary of about $240,000 a year, Bernard Adams' paycheck is being reduced to $210,000 and his title will now be Executive Director of Mayoral Security, according to a City Hall official.

The official insists the initial, higher-ranking position was "just a placeholder" to get Bernard Adams on the payroll, adding that Bernard Adams' NYPD pension will be suspended while he earns a City salary.

Police sources say the move raised some eyebrows at One Police Plaza, and that the message from Adams, that he wanted his brother hired, was delivered by Timothy Pearson, a retired NYPD Inspector who was serving on the transition team. 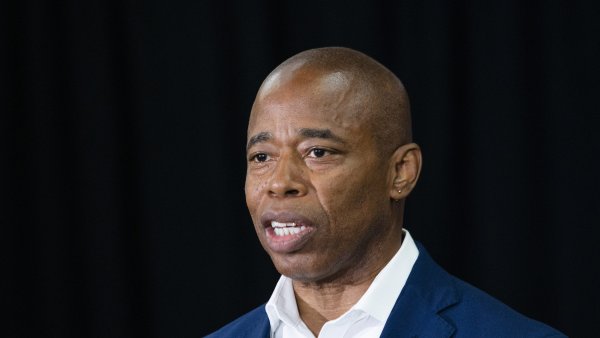 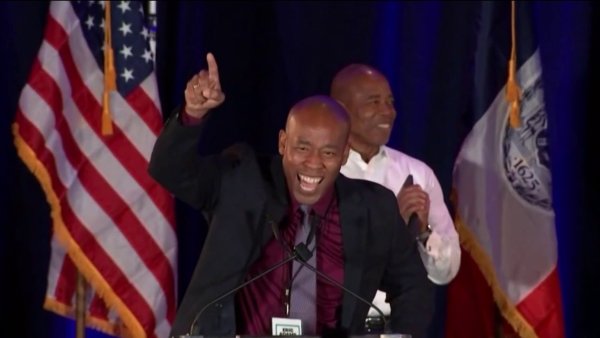