Kevin Goggin has a warning for New York voters: Technicalities can invalidate your vote, just like they did his.

In 2018, Goggin was confused about his polling site. He had recently moved and wasn’t sure which of the two addresses matched his voter registration record. The Queens resident showed up to what he thought was his Astoria polling place, only to learn his name was not in the poll books -- so a poll worker advised him to simply vote by affidavit ballot.

He did. But it didn’t count, because he forgot to to write the word “Democrat” on the paper.

"You just assume that voting is a right and it should be in theory, easy,” Goggin said. "I'm a very cautionary tale."

It turns out lots of affidavit ballots are canceled because of address mix-ups.

According to calculations by Professor Marc Meredith, an elections expert at the University of Pennsylvania, more than four in 10 affidavit ballots were rejected in New York during the 2016 presidential election. And many of those rejections were due to address mix-ups that lead people to cast affidavit ballots.

“There are just more steps to get wrong that could cause your ballot not to count,” Meredith said.

I-Team Election Project: Who's NOT Voting? 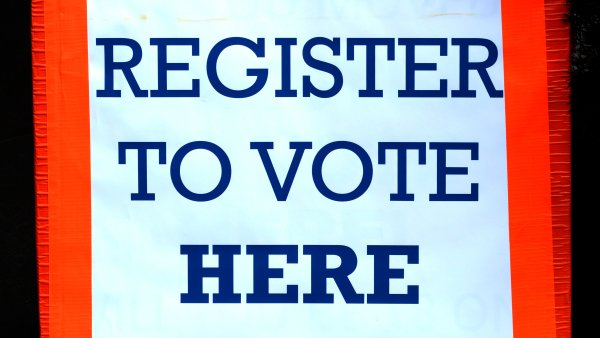 This year, mail-in voting will account for much of the final tally in New York, but Meredith said that could lead to even more affidavit ballots being cast -- and potentially more invalidations due to technicalities.

“One reason you might see people casting affidavit ballots this time around is they requested a mail ballot but they never got that mail ballot, so they show up at their polling place to vote,” Meredith said. "I think this may be a situation New York hasn't dealt with much before."

Thousands of voters got ballots with errors on them in Brooklyn. Lynda Baquero reports.

The city says that error is being corrected, but Mayor Bill de Blasio called the mistake unacceptable.

“I don’t know how many times we’re going to see the same thing happen at the Board of Elections and be surprised,” de Blasio said last week. “It’s just not a modern agency and it must be changed. It just structurally doesn’t work.”

In the months leading up to the 2016 presidential election, the NYC Board of Elections illegally purged 200,000 voters from the roles. After an investigation by the attorney general and a lawsuit by Common Cause, the BOE signed a consent decree promising new reforms.

When asked if voters should be concerned about being wrongfully purged from the rolls, Board of Elections Director Michael Ryan dismissed the question.

“This question is so dated that it is entirely irrelevant to this election,” Ryan said.

Despite confidence in his agency’s reforms, Ryan testified last year in a voting rights lawsuit that he has serious concerns about the address data provided by the United States Postal Service, which often provides the basis for removing people from voter rolls.

Responding to questions about why so many votes are hampered by address mix-ups, Ryan said he was “very concerned for the voters on the quality of information that we get from the post office.” He went on to say, "the City Board met with representatives from the Postal Service to fix these problems, but had little success.”

The U.S. Postal Service did not immediately respond to a request for comment on the matter.

Last year, the New York Legislature passed a new law making it harder to reject affidavit ballots based on technicalities like the one that canceled Goggin’s in 2018.

“All these invalidated affidavit ballots chip away at the process,” Goggin said.  “It makes people less likely to want to vote."

Mailing your vote in this year? Lynda Baquero reports on how officials are keeping track of ballots - and keeping things secure.
Copyright NBC New York