The Democratic legal brief forcefully linked Trump's baseless efforts to overturn the results of the presidential election to the deadly Jan. 6 riot at the Capitol

Donald Trump endangered the lives of all members of Congress when he aimed a mob of supporters “like a loaded cannon” at the U.S. Capitol, House Democrats said Tuesday in making their most detailed case yet for why the former president should be convicted and permanently barred from office. Trump denied the allegations through his lawyers and called the trial unconstitutional.

The dueling filings offer the first public glimpse of the arguments that will be presented to the Senate beginning next week. The impeachment trial represents a remarkable reckoning with the violence in the Capitol last month, which the senators witnessed firsthand, and with Trump’s presidency overall. Held in the very chamber where the insurrectionists stood on Jan. 6, it will pit Democratic demands for a final measure of accountability against the desire of many Republicans to turn the page and move on.

The impeachment trial, Trump’s second, begins in earnest on Feb. 9.

The Democratic legal brief forcefully linked Trump's baseless efforts to overturn the results of the presidential election to the deadly riot at the Capitol, saying he bears “unmistakable” blame for actions that threatened the underpinnings of American democracy. It argued that he must be found guilty on a charge of inciting the siege. And it used evocative language to conjure the day's chaos, when “terrified members were trapped in the chamber" and called loved ones “for fear they would not survive.”

“His conduct endangered the life of every single member of Congress, jeopardized the peaceful transition of power and line of succession, and compromised our national security," the Democratic managers of the impeachment case wrote. “This is precisely the sort of constitutional offense that warrants disqualification from federal office.”

The Democrats' filing made clear their plan to associate Trump's words with the resulting violence, tracing his efforts to subvert democracy to when he first said last summer that he would not accept the election results and then through the November contest and his many failed attempts to challenge the results in court. When those efforts failed, the Democrats wrote, “he turned to improper and abusive means of staying in power,” specifically by launching a pressure campaign aimed at state election officials, the Justice Department and Congress.

“The only honorable path at that point was for President Trump to accept the results and concede his electoral defeat. Instead, he summoned a mob to Washington, exhorted them into a frenzy, and aimed them like a loaded cannon down Pennsylvania Avenue,” the Democrats wrote in an 80-page document. 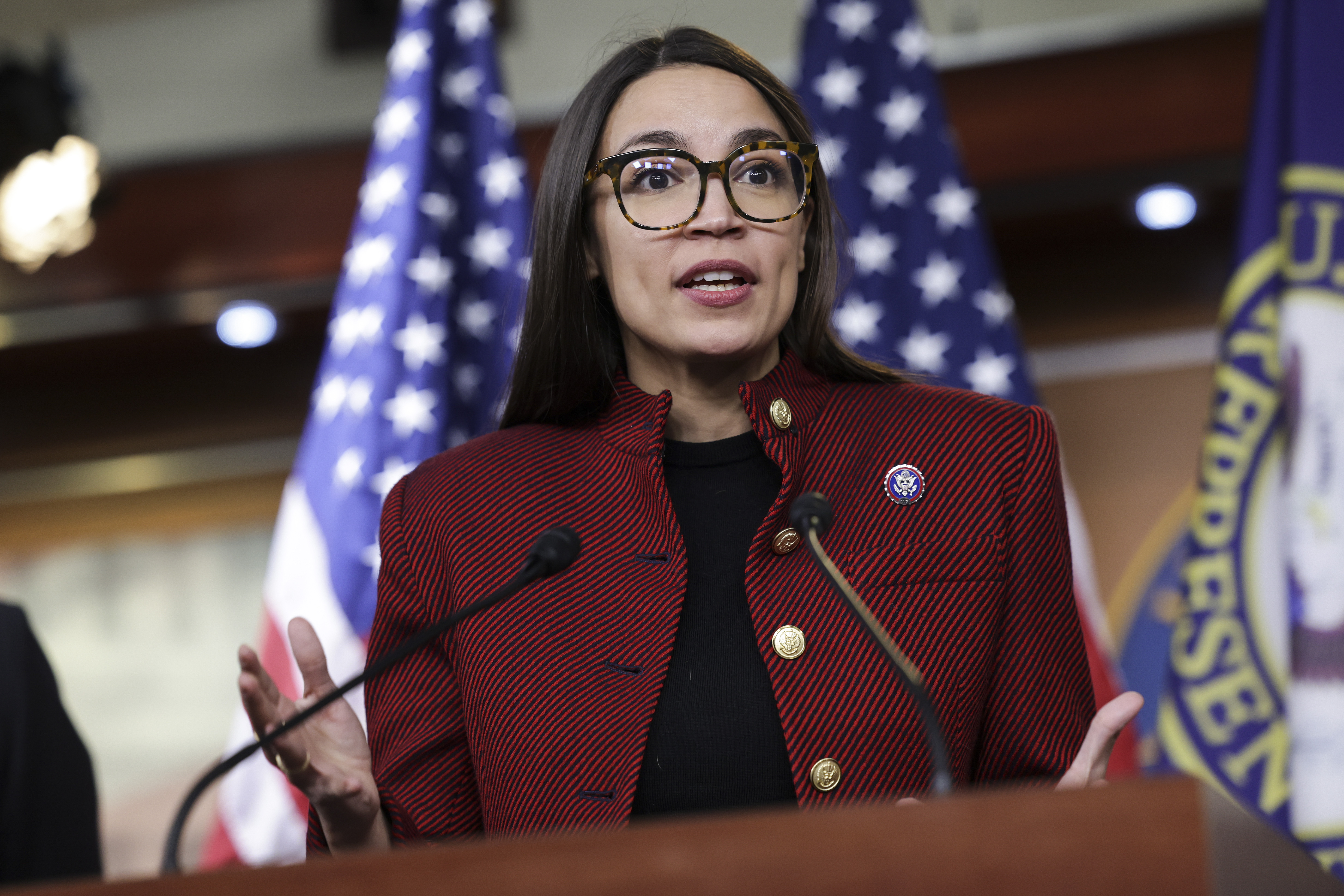 The Democrats cited his unsuccessful efforts to sway Georgia Secretary of State Brad Raffensperger and former Attorney General William Barr. Trump then became “fixated” on Jan. 6, the managers wrote. They note that many of his supporters, including the Proud Boys — who Trump told to “stand back and stand by” at a September debate — were already primed for violence.

President Donald Trump is finishing his fourth year in office just like he did his third – by getting impeached. NBCLX's Ashley Holt and Chase Cain break down how a presidential impeachment works.

“Given all that, the crowd which assembled on January 6 unsurprisingly included many who were armed, angry, and dangerous—and poised on a hair trigger for President Trump to confirm that they indeed had to “fight” to save America from an imagined conspiracy,” the Democrats wrote.

The House brief is more than 5 times as long as the 14-page Trump filing and heavy on footnotes and citations, aiming to construct what Democrats hope will be a detailed roadmap for conviction. Trump’s legal team, by contrast, was more sparing in a filing that avoided dwelling on the drama and violence of the day.

Trump’s lawyers, David Schoen and Bruce Castor, denied that he had incited the riot by disputing the election results or by exhorting his followers to “fight like hell.” They said he was permitted by the First Amendment to challenge his loss to Democrat Joe Biden as “suspect” and that, in any event, the trial itself was unconstitutional now that Trump has left the White House.

Trump's lawyers disputed the Democrats' characterization of Trump's remarks and his role in the riot, denying that he had ever endangered national security. When he told his followers to fight like hell, they said, he was talking about “election security in general.”

Trump, they said, was not attempting to interfere with the counting of electoral votes, only encouraging members of Congress to engage in the customary process of challenging vote submissions “under a process written into Congressional rules,” as had been done in years past.

“The actions by the House make clear that in their opinion the 45th President does not enjoy the protections of liberty upon which this great Nation was founded, where free speech, and indeed, free political speech form the backbone of all American liberties," the defense lawyers wrote.

Trump's legal team also laid out a challenge to the constitutionality of the trial now that Trump has left office. Though that claim may not be resolved any time soon in the courts, it may nonetheless resonate politically.

Republicans have signaled that acquittal is likely, with many saying they think Congress should move on and questioning the constitutionality of an impeachment trial — Trump’s second — now that he has left office. In a test vote in the Senate last week, 45 Republicans, including Senate Republican leader Mitch McConnell, voted in favor of an effort to dismiss the trial over those constitutional concerns.

Still, the Constitution specifies that disqualification from office can be a punishment for an impeachment conviction, and Democrats made clear that they see that as a worthwhile objective in this case.

“This is not a case where elections alone are a sufficient safeguard against future abuse; it is the electoral process itself that President Trump attacked and that must be protected from him and anyone else who would seek to mimic his behavior,” the Democrats wrote.

Though no president has been tried after departing the White House, Democrats say there is precedent, pointing to an 1876 impeachment of a secretary of war who resigned his office in a last-ditch attempt to avoid an impeachment trial. The Senate held it anyway.

The Democrats wrote that the framers of the Constitution would not have wanted to leave the country defenseless against “a president’s treachery in his final days, allowing him to misuse power, violate his Oath, and incite insurrection against Congress and our electoral institutions” simply because he is leaving office. Setting that precedent now would “horrify the Framers,” the brief said.

“There is no ‘January Exception’ to impeachment or any other provision of the Constitution,” the Democrats wrote. “A president must answer comprehensively for his conduct in office from his first day in office through his last.”