NY Gov. Kathy Hochul, in her first State of the State, will deliver more than 200 pages of policy proposals

With a sprawling book of proposals more than 230 pages long, Hochul is aiming to capitalize on what she called "a moment of great possibility" to rebuild the state after two years of personal and financial devastation caused by the coronavirus pandemic. Hochul outlined an agenda for an economic comeback from the coronavirus pandemic and new government investments in health care, housing and renewable energy.

While her plans are sweeping, they boil down to a few central themes, as outlined in a copy of her remarks released ahead of the actual speech:

Hochul became governor in August after Andrew Cuomo resigned amid a sexual harassment scandal. She has pledged to have a better relationship with the legislature than Cuomo did, and her prepared remarks emphasized what she called "a different, better way to get things done." She also said her administration's "laser focus" is keeping kids in schools and businesses open.

Renderings Give 1st Look at ‘Transformative' New NYC Transit Line: What It Means for You 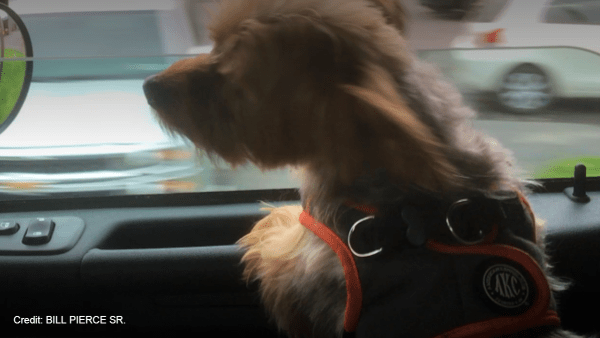 Hochul, the state's first female governor, is proposing a $10 billion plan to grow the state's healthcare workforce by 20% over the next five years, saying the pandemic worsened long-simmering staffing problems.

That includes more than $4 billion to support wages and bonuses for workers in a health care sector now suffering from a high burnout rate, and $2 billion for improved healthcare infrastructure.

“We will fight like hell, not for turf, not for credit, but for New Yorkers,” Hochul said.

Hochul, the state's first female governor, delivered the speech before a limited, socially distant audience in the Assembly chamber at the New York State Capitol in Albany amid the worst surge in coronavirus infections since the virus first hit the state in the spring of 2020.

The Democrat was also announcing initiatives including a proposal to invest $1 billion in electric vehicle deployment and $500 million in offshore wind port infrastructure to meet the requirements of a sweeping state law calling for 70% of electricity from renewable sources by 2030.

"With this investment, New York will lead the nation on offshore wind production, creating green jobs for New Yorkers, and powering our clean energy future," a statement from the governor after the speech read.

She’s also proposing $2 billion for road and bridge repairs, with a focus on replacing structures vulnerable to flooding.

To help ease the economic pain of the pandemic, Hochul wants to speed up a planned phase-in of $1.2 billion in middle class tax cuts that began in 2018. She also wants $1 billion in property tax rebates for more than two million middle-and low-income New Yorkers.

And with New York's eviction and moratorium set to expire mid-January, Hochul wants to offer free legal assistance for upstate New Yorkers. She said the state could help stave off homelessness by building 100,000 affordable homes and 10,000 supportive housing units for vulnerable residents.

Hochul, who is running for governor in this year's election, is also vowing to restore trust in state government.

She wants to replace the state's ethics enforcement agency, which recently has tussled with Cuomo over millions of dollars he earned writing a book while in office, and subject certain statewide elected officials, including the governor, to a two-term limit on their service and a ban on most outside income.

Other initiatives including making the state’s tuition assistance program available to part-time students and a Jails to Jobs program to help incarcerated people get and stay employed. New York should address the uptick in gun violence by boosting funding for community prevention programs and gun-tracing efforts with neighboring states, she said.

Hochul later this month is set to release her own one-year budget proposal, typically a vehicle to make big policy initiatives a reality. Lawmakers have until April to pass a state budget.

The Democratic-led Legislature and Hochul’s administration also face pressing decisions on new legislative and congressional maps, the launch of pot sales and calls for increased pandemic aid for landlords and undocumented workers.

“We have to give people a reason to choose New York, rather than a dozen more reasons to leave,” he said.