Cuomo praised Adams as a leader with ”courage and competence,” and pledged “to work in full partnership” with him, while the mayoral candidate said he and the governor "see eye-to-eye"

At a joint news conference that was their first appearance together, Adams — the current Brooklyn borough president and a former police captain — sounded similar notes to the Democratic governor on confronting violent crime as the city tries to lure office workers and tourists back after pandemic shutdowns.

“We see eye-to-eye that we must put in place real changes for people on the ground,” Adams said during Wednesday’s appearance in Brooklyn. Cuomo praised Adams as a leader with ”courage and competence,” and pledged “to work in full partnership” with him.

Adams parried a question about sexual harassment allegations against the governor, saying an ongoing investigation should be allowed to play out. He had taken a sterner tone when accusations emerged in March. He also indicated during one of the Democratic mayoral debates that he would refuse Cuomo's endorsement. 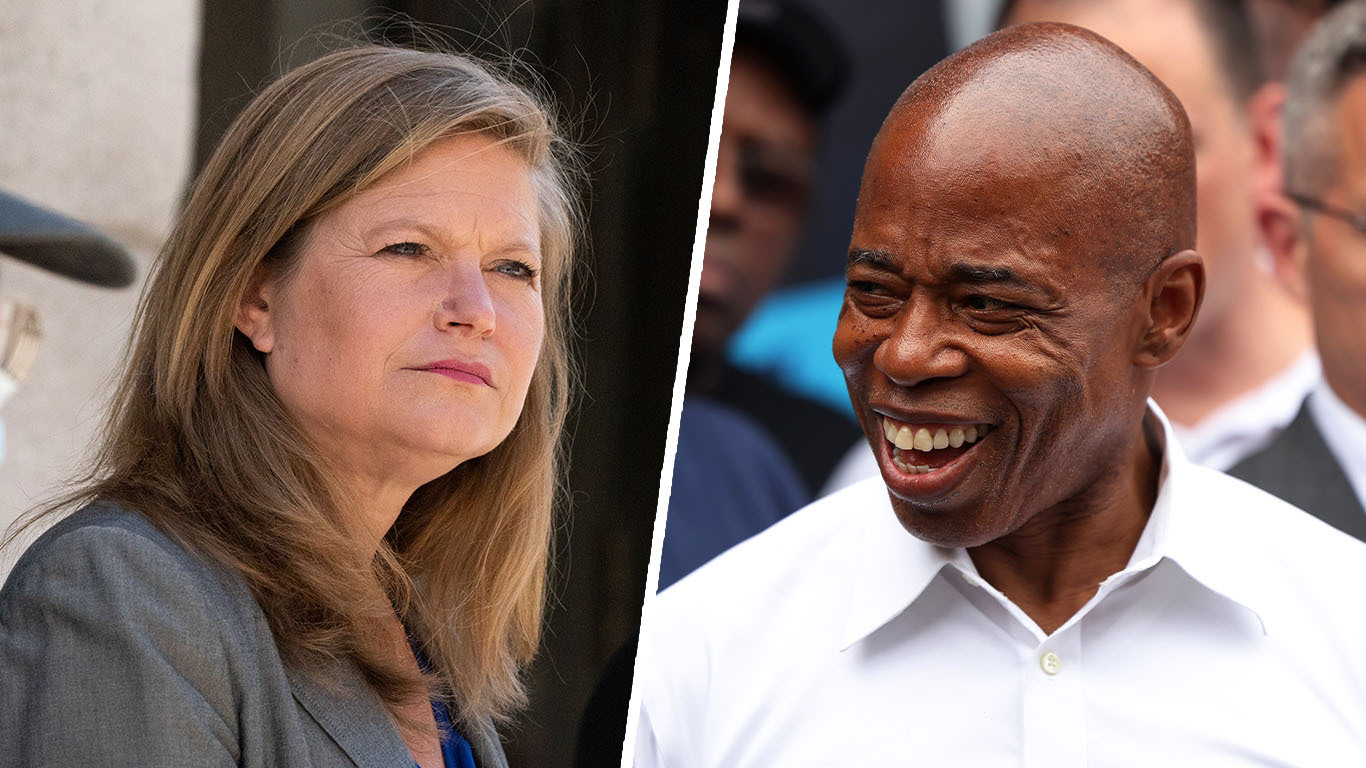 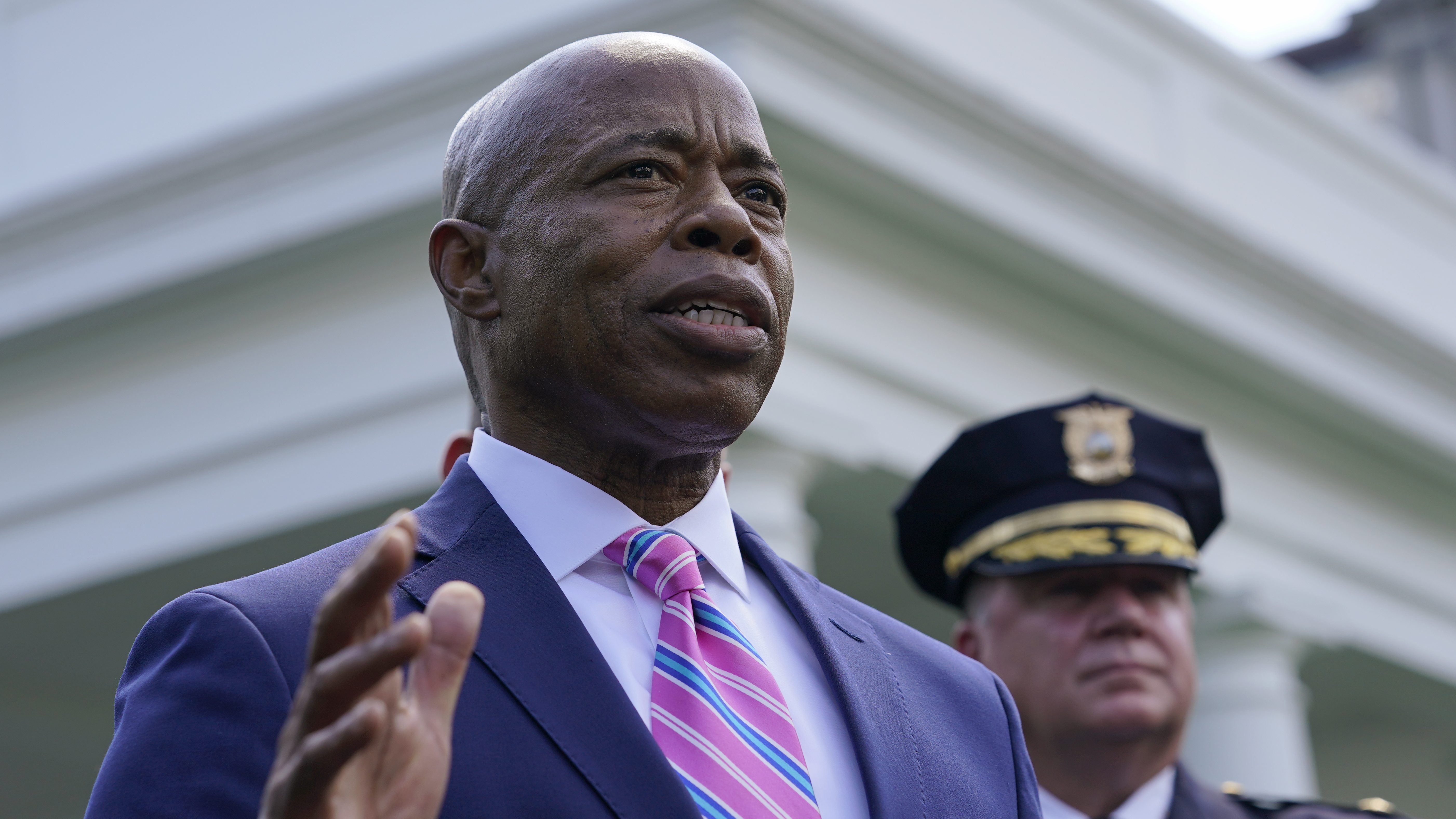 When asked about why he was standing with Cuomo now, Adams said "first of all, I didn't get an endorsement today. He would work with me."

Wednesday’s press conference showcased a different atmosphere than the frosty one between Cuomo and incumbent Mayor Bill de Blasio, a fellow Democrat. At his own news conference Wednesday, de Blasio reiterated his stance that Cuomo should resign over the allegations, which the governor denies.

Adams is considered a heavy favorite in November’s general election and would be the city’s second Black mayor if elected.

While saying he'd work with any governor, Adams portrayed Cuomo as a political kindred spirit, and vice versa. Both Democrats have long faced criticism from their party's left wing though they promote themselves as “progressive Democrats” focused on action.

Adams emphasized public safety during his primary campaign, when the city was grappling with a rise in shootings and some other crimes this year compared to last as pandemic shutdowns eased.

He positioned himself as a working-class champion and policing pragmatist who also shared progressive goals of combatting heavy-handedness and racial injustice in law enforcement. Adams co-founded 100 Blacks in Law Enforcement Who Care, a group that campaigned for criminal justice reform and against racial profiling.

"No one is going to come back to our multibillion-dollar tourism industry if 3-year-olds are being shot in Times Square,” Adams said. Echoing points Cuomo has often made, he added that office workers won’t return if they think subways are unsafe and the city will lose tax revenue if wealthy people flee.

Cuomo declared that gun violence is a "disaster emergency" in the state, to which Adams' first reaction tat the time was: "What took so long?" Cuomo also directed his administration to start collecting data on shootings from major local police departments in hopes of honing in on hot spots, and has touted increased state spending on anti-violence efforts.

Eric Adams' electoral win in the Democratic mayoral primary was a very slim one, the latest tally from the city Board of Elections shows. Melissa Russo Has the latest on the race.

Both candidates have said abolishing police is not the answer to the issue of gun violence, which has earned them some scorn from those to the further left. And should be become mayor, Adams would certainly benefit from the $138 million in new programs that Cuomo has offered up citywide. In central Brooklyn on Wednesday, Cuomo promised members of the community 415 jobs this summer for people aged 15-24, and another 485 longer-term jobs for young people no longer in school. He also pledged more violence interrupters and more mental health services.

Cuomo is facing investigations launched by the state Attorney General’s office, federal prosecutors and the state Assembly’s judiciary committee, which is exploring whether there are grounds to impeach Cuomo. The inquiries scrutinize sexual harassment allegations, nursing home deaths and his $5 million book deal. The governor has denied any wrongdoing.

In early March, Adams had told The New York Times that when powerful men prey on women, “swift action must be taken against them.”

On Wednesday, he said, “Let the investigation go to its outcome.”

Sliwa, who declares himself the “law-and-order candidate,” dismissed Cuomo’s remarks about gun violence on Wednesday as “hollow rhetoric” and said Adams was taking a premature victory lap. The Republican took a swipe at the two Democrats’ proclamations of their progressive bona fides.

“All they have done is progressively bring our city to the point where it’s ‘Fear City’ again,” he said. "I didn't hear anything that attacks the core of gun slingers and thugs, because that's what they are."