As the only Hispanic elected statewide official in Texas who isn't a judge, Bush said he has felt compelled in recent weeks to speak out

Republican George P. Bush, the only member of the Bush dynasty still in public office, condemned Thursday recurring episodes of what he described as racist or hateful rhetoric within the Texas GOP and ripped what he called false accusations fanned by his Hispanic heritage.

Bush, Texas' land commissioner, first denounced a white GOP state legislator who suggested "Asian" challengers on the ballot in 2020 were motivated by race. He then joined others Saturday in calling for the resignation of a Republican county chairwoman near Houston who used a racial slur in a text message about a black party organizer.

But his latest rebuke was personal: In a tweet Wednesday, Bush questioned whether critics had falsely accused him of plotting to erect a statue of Santa Anna – the Mexican general whose troops killed Texas independence fighters at the Alamo in San Antonio in 1836 – because his mother, Columba Bush, was born in Mexico. He called the accusation "flat out racist." 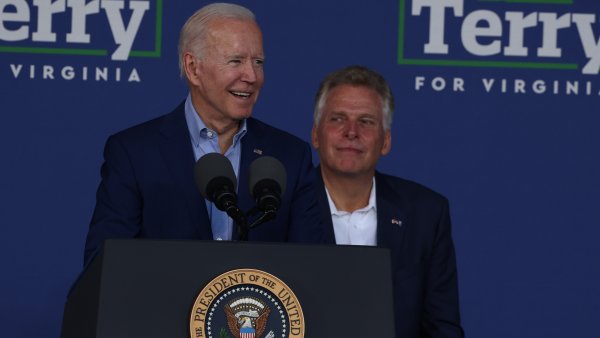 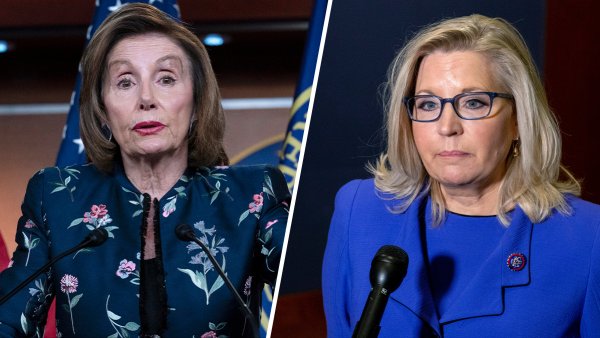 Unlikely Partners Pelosi and Cheney Team Up for Jan. 6 Probe

Bush is the grandson of former President George H.W. Bush, who died last year, and the son of former Florida Gov. Jeb Bush, who was a presidential candidate in 2016.

"I don't want to elevate the status or the identity of those that are on the extremes in this discussion that have called out people's backgrounds, called out my ethnicity, my mom's heritage," Bush told The Associated Press. "But for those that aren't adding value by injecting hatred and racism, (they) should have no place in civil discourse."

He didn't mention names, but appeared to be referring to a recent post on a Facebook group called "Save the Alamo." Bush's office is overseeing a dramatic overhaul of the area surrounding Texas' most-visited landmark. The project has riled some conservatives who worry the Battle of the Alamo will be sanitized by excessive political correctness.

The post offers no evidence that Bush plans to erect such a statue. A leader of the group is Rick Range, who unsuccessfully challenged Bush in last year's Republican primary and opposes the Alamo project. Range did not immediately respond Thursday to a phone call and email seeking comment.

Bush said he has "let a lot slide" from critics, adding he has reported some threatening posts on social media to state police.

"When you call (out) somebody's loyalty, patriotism or use racist or hateful rhetoric, it's just not productive. And, you know, unfortunately, it feeds into the narrative of what we've seen this past week where I've had to call out fellow Republicans," he said.

As the only Hispanic elected statewide official in Texas who isn't a judge, Bush said he has felt compelled in recent weeks to speak out. Republicans' decades-long grip on Texas weakened in 2018, and party leaders have stressed a need to connect with more minority voters.

"If you just let statements like this in 2019 slide, I think it sets a bad precedent heading into 2020," Bush said.

Bush was first elected land commissioner in 2014. On Monday, his 33-year-old cousin, Pierce Bush, announced his first run for public office, jumping into a crowded Republican primary race for a congressional seat in suburban Houston.