Not a lot of local Democratic politicians have wanted or been willing to take on BLM leaders, but Adams is building his brand as a more moderate Black Democrat, saying New Yorkers knew exactly what they were getting when they elected him

There are escalating tensions between New York City's next mayor and some leaders of the Black Lives Matter movement over a proposed new NYPD unit.

Mayor-Elect Eric Adams has doubled-down on his campaign pledge to get tough crime, and has plans for a plainclothes anti-gun unit to come back and patrol the streets of the city, targeting gangs in communities of color.

"What I said on the campaign trail is what you're going to see in City Hall, and I'm not backing away from that," Adams said on Thursday. 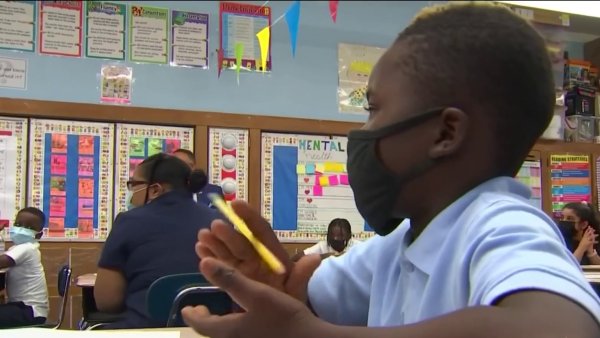 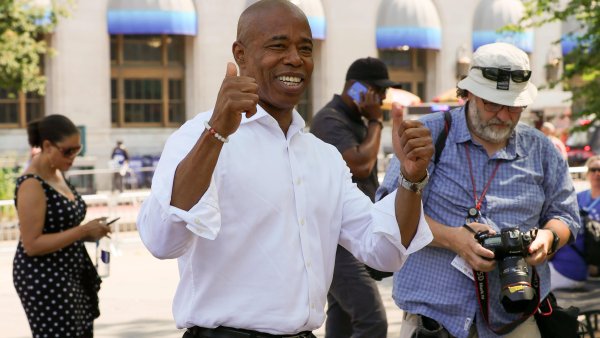 That idea has not sat well with BLM leaders in the city, who oppose the plan. Hawk Newsome said in a contentious meeting with Adams that there would be riots and potential violence as a result of the proposed unit.

But Adams dismissed criticism of his plan.

"It's ironic that at not did that small fringe group talk about the gun violence that is destroying our city," he said.

Taking on the leaders of the Black Lives Matter movement is not something a lot of local Democratic politicians have been wanting or willing to do recently. But Adams is building his brand as a more moderate Black Democrat, saying New Yorkers knew exactly what they were getting when they elected him in a landslide.

"If fringe elements want to hurl rhetoric like that, that's silly to New Yorkers. This city is ready to move forward," Adams said.

Newsome was in California on Thursday, but agreed to do a Zoom interview with NBC New York earlier in the day. He did not show up for it, however, later saying that he got busy with a rally.

Some in the community disagreed with Adams' take on BLM being a "fringe element," saying that "they're not too radical. We're tired." Others supported the mayor-elect.

The plainclothes police will be high quality, the incoming mayor said, and if protests do break out while he's in office, Adams said he'll have police who are better trained to handle them.

"This is New York, man. I protest," Adams said.