Democratic National Convention 2020: Speakers, Schedule and How to Watch

Joe Biden is poised to unveil his vision for the modern Democratic Party in the first presidential nominating convention of the coronavirus era, an all-virtual affair that will test the former vice president’s ability to overcome unprecedented logistical challenges in an urgent mission to energize a winning coalition.

The theme for this year's convention is "Uniting America," a message that is apparent in the diversity – racial and ethnic, gender and ideological – of each night’s headliners.

Here's everything you need to know about the 2020 Democratic National Convention:

When and Where Is the 2020 Democratic National Convention?

Originally set to take place in mid-July, the convention will be now be held over four days starting Monday, Aug. 17, and ending Thursday, Aug. 20. 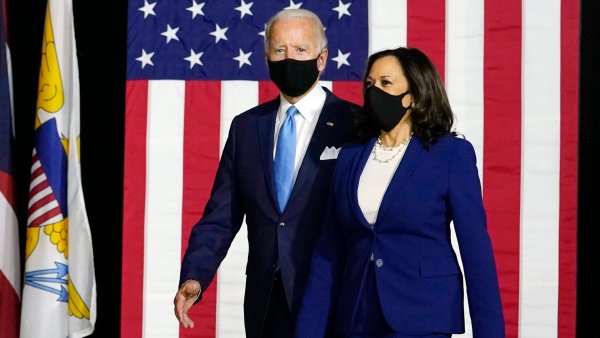 'Moment of Real Consequence': No Crowd, Plenty of History as Harris Debuts as VP Candidate

How Does the Democratic National Convention Work?

Traditionally, the Democratic Party holds a national convention to officially nominate their candidate for president and vice president, debate the parties' platform and count the delegates. The pomp and circumstance is designed to fire-up voters in the base and draw interest of those who may still be undecided.

The 2020 Democratic National Convention, however, won't be a convention in the traditional sense. There will be no physical gathering place, no cheering audience, no balloons dropped. Biden will be formally nominated by a pre-recorded roll call vote of the 57 state and territorial delegations.

Details of the party's policy platform were hammered out in Zoom meetings three weeks before the convention and are expected to be approved overwhelmingly by the more than 4,000 delegates, with key votes already placed by mail ballot. Platform committee co-chair Denis McDonough, who served as former President Barack Obama's chief of staff, called it the "boldest Democratic platform in American history."

The program will consist instead of a series of online video addresses — half of which will be prerecorded — that play out for two hours each night until Biden formally accepts the Democratic presidential nomination in a mostly empty Delaware ballroom on Thursday.

Harris is scheduled to accept the party's vice presidential nomination on Wednesday, Aug. 19.

Who Is Speaking at the Democratic National Convention?

The Democratic National Committee has announced 34 speakers who will address the country over four nights in the lead-up to formally nominating Biden and Harris.

Republican old guard John Kasich, a former Ohio governor who sought the GOP presidential nomination four years ago, will also speak at the convention, telling CNN in an interview Wednesday that while he disagrees with Biden on some issues, at the end of the day he sees Biden as a “man of faith” with a history of bringing people together.

Other high-profile Republicans to be featured at the convention, will include former New York Rep. Susan Molinari, former New Jersey Gov. Christine Whitman and Meg Whitman, the former CEO of Hewlett Packard.

Also addressing the country will be rank-and-file voters from around the country. They include a Pennsylvania farmer who voted for Trump in 2016, a pastor from Reno, Nevada, a public transit bus driver from Atlanta and a union auto worker from Michigan.

Former Vice President Joe Biden and Senator Kamala Harris make their debut as running mates, with Biden saying his vice presidential pick is "ready to do this job on day one."

Democratic Presidential Candidate Joe Biden laid out details of his “Build Back Better” plan at a speech in Delaware on Tuesday, and explained how aspects of his plan will help fight systemic racism.

Who Will Perform at the Convention?

Music artists and entertainers are lending their names to the Biden-Harris ticket. The DNC announced Friday that John Legend, Leon Bridges, The Chicks, Common, Billie Eilish, Jennifer Hudson, Billy Porter, Maggie Rogers, Prince Royce and Stephen Stills will be among the acts performing — virtually of course — across all four nights of the convention.

“In just three days, we will kick off a Democratic National Convention that will look and feel very different than past conventions. It will truly be a convention across America, and these incredible artists will help us tell the story of where we are as a country today under Donald Trump’s failed leadership, and the promise of what we can and should be with Joe Biden as president,” said Stephanie Cutter, 2020 Democratic National Convention program executive, in a news release. “These artists are committed to engaging with, registering and mobilizing voters to get us over the finish line in November.”

The Biden campaign has also recruited a number of high-profile hosts — among them actresses Alyssa Milano and Connie Britton — to lead watch parties via Zoom across the country to unite supporters. The watch parties, like the convention itself, will be online.

How to Watch the Democratic National Convention on TV and Online

Primetime programming will take place between 9 p.m. ET and 11 p.m. ET. The convention's main events will be preceded by party caucus and council meetings, as well as a pre-show from 7 p.m. ET to 9 p.m. ET each evening.

NBC News will air a special report on this NBC station from 10 p.m. ET to 11 p.m. ET each night of the convention, anchored by Lester Holt and Savannah Guthrie in New York with Chuck Todd and Andrea Mitchell in Washington, D.C.

Live streaming coverage will begin at 8 p.m. ET in the video player above.

Viewers will also be able to tune in on a wide variety of platforms, including the convention’s official live stream via its website and its YouTube, Twitter, and Facebook accounts. The event will also be available on Twitch and Amazon Prime Video by searching “DNC."