Trump Defends His Rhetoric in 1st TV Town Hall of 2020

"When they hit us, we have to hit back. I really feel that," Trump said in response to the first of two questions about civility

President Donald Trump defended the administration's response to the coronavirus and his confrontational style of name-calling political opponents as he fielded questions Thursday from select members of the public in his first TV town hall of the 2020 election cycle.

Trump, who regularly calls his top Democratic presidential opponents "Sleepy Joe" and "Crazy Bernie," was asked whether he could deliver his message without the controversial rhetoric. "When they hit us, we have to hit back. I really feel that," Trump said in response to the first of two questions about civility. "You can't turn your cheek."

Fox News, the president's favorite network, hosted the live event in Scranton, Pennsylvania, a rare instance where the president answered questions from the public.

The first question, from an undecided voter, was about the administration's response to the virus. The number of the cases in the U.S. stood at about 200 on Thursday, including 12 deaths — 11 in Washington state and one in California. 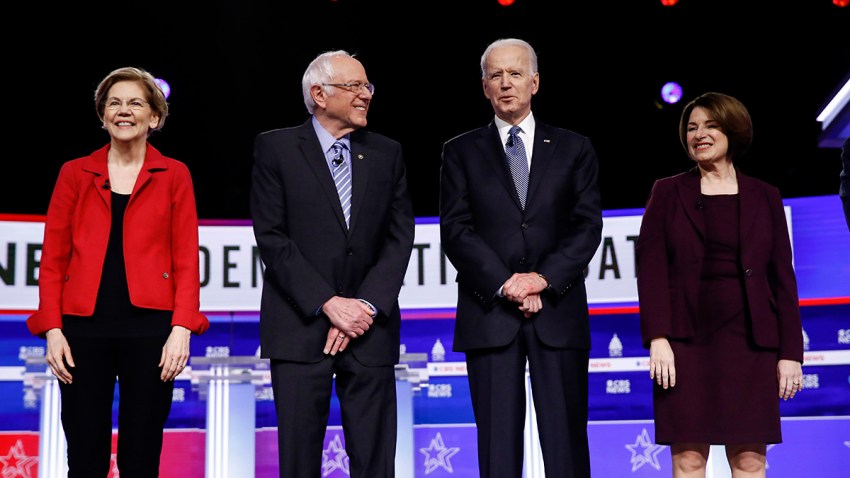 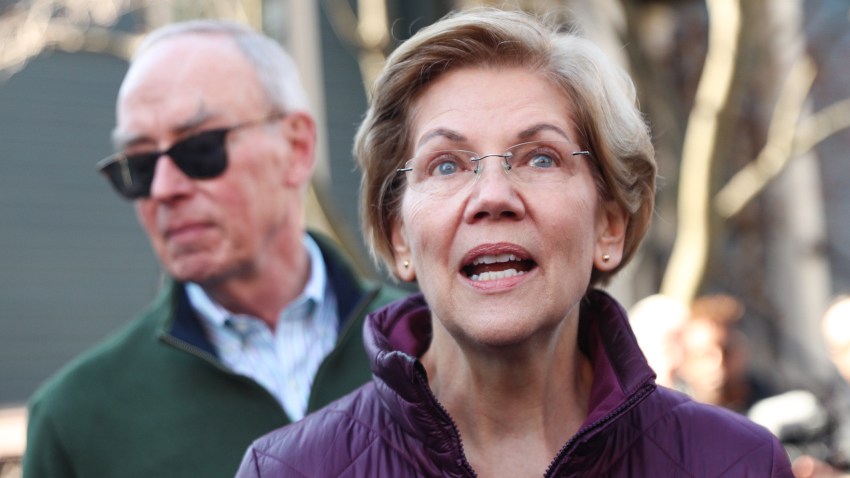 "Everybody has to be calm. It's all going to work out," Trump said, sounding defensive at times as a pair of Fox News journalists pressed him on the issue. "We hope it doesn't last too long."

It was Trump's first 2020 visit to Pennsylvania, a battleground state he won by about 44,000 votes in 2016. He did particularly well in northeastern Pennsylvania, where Scranton and Wilkes-Barre have long anchored a strong Democratic presence.

The state is home turf to former Vice President Joe Biden, who spent his first 10 years in Scranton before his family moved to Wilmington, Delaware. An electric billboard proclaimed "Scranton is Joe Biden country."

President Donald Trump spoke to the press on Wednesday with updates on the U.S. response to COVID-19, praising his administration and saying that the “risk to the American people is very low.” Trump also announced that Vice President Mike Pence will be overseeing the administration’s response to the virus.

Biden's prospects of winning the Democratic presidential nomination surged in the past week after he won South Carolina and then 10 of 14 states on Super Tuesday. Asked about the Democratic race, the Republican Trump said several times that he was "mentally" prepared to take on Vermont Sen. Bernie Sanders.

"I was ready ... and now I have a whole different deal," Trump said at the event, which was scheduled before Biden's resurgence. Trump chose Scranton as the setting.

He blamed Elizabeth Warren, who dropped out of the Democratic race Thursday, for hurting Sanders' chances by not folding her campaign sooner.

Tickets to the town hall were distributed through the Eventbrite website and Fox confirmed questions were selected from people who submitted them via the website. The audience seemed overwhelmingly supportive of Trump, greeting the president with thunderous applause and "USA, USA" chants.

One female questioner told Trump it was "truly an honor" to have him in Scranton. "Just don't tell my husband," she said. Another woman said she's been on the "Trump train" since he announced his candidacy in June 2015. A male Democrat who crossed over to vote for Trump in 2016 shook his head "no" when one of the moderators asked whether Democrats could win back his vote.

Democrats weren't content to cede the stage. A political action committee supporting Democratic candidates planned to run a new ad on Fox News just before and after the town hall in targeted Pennsylvania markets and in Washington featuring a Pennsylvania veteran who voted for Trump in 2016 but no longer supports him. It’s part of American Bridge PAC’s latest $10 million wave of ads in key swing states aimed at cutting into Trump’s margins with white, working-class voters.

During the town hall, Trump fielded other questions about immigration, health care, federal regulations and more. Asked if he cared about the national debt, which has grown under his tenure despite a chugging economy, Trump said he would focus on the issue in a second term and would like to refinance the debt. He shifted blame to Democratic President Barack Obama.

Trump said he last spoke with his predecessor at the Washington funeral of former President George H.W. Bush. "I sat next to him and I said ‘Hello,’ and then I said 'Goodbye,'" Trump said, as the audience laughed at his tone. "I didn’t like the job he did."

Told that he can't reduce the debt without cutting entitlement programs, like Social Security, Trump said, "We will be cutting." It was not immediately clear whether he was referring to the mandatory spending programs, discretionary federal spending or both.

But White House press secretary Stephanie Grisham sought to clarify when one report said he was seeking to cut entitlements. "Fake news — POTUS was taking about cutting deficits, NOT entitlements," Grisham tweeted.

During a lightning round, Trump, a self-proclaimed germaphobe, said he's gotten over his aversion to hand-shaking, even during the age of the coronavirus.

"You can't be a politician and not shake hands," the president said. "The bottom line is I shake anybody's hand now. I'm proud of it." He also said he misses being able to walk down the street.

Trump regularly watches Fox News but has been critical of its polling from late February that showed him losing to the five leading Democratic candidates at that point. "Worst Polls, just like in 2016 when they were so far off the mark, are the @FoxNews Polls," Trump tweeted.