They clung to their cocktails and proclaimed themselves sick with dread. They relentlessly checked the news and went outdoors for fresh air. They bemoaned a wipeout wave that never came and held out hope their favored candidate still would eke out a win.

With the fate of the White House undecided Wednesday, a jittery and bitterly divided America braced for rocky days to come and the possibility a man they despise would be leading the nation.

“I can’t turn on the news. I don’t feel good at all,” said 61-year-old Tammy Lewandowski, a supporter of President Donald Trump in Milwaukee, where former Vice President Joe Biden emerged as the state's winner. That's an outcome Lewandowski fears will amount to a loss of law and order and rioting. “I feel like we lost our country. I don’t know that anything will be the same again.”

Democratic Candidate for President Joe Biden says he is not declaring victory over Donald Trump, but believes when the votes are all counted, he will have enough to win the election.

On the other side of the divide but just as troubled, women gathering at a Fems for Dems gathering in the affluent Detroit suburb of Bloomfield Hills moaned and dropped their heads into their hands as the returns came in early Wednesday, some considering switching from red wine to tequila. Even as they held out hope, they knew they hadn’t won what they wanted: a nationwide repudiation of Trump.

“I honestly feel like I’m going to have a heart attack before the end of this,” said Denice Asbell. “I feel like it’s slipping. I’m scared to say this out loud, but the potential for us to see the win that we wanted is slipping away.”

Asbell’s daughter, 13-year-old Rhegan Stallworth, shared the angst as she braced for the outcome in a country where many don’t understand the beliefs of the opposing side.

“It’s like putting your life in the hands of a nation that you don’t trust,” said Stallworth.

Gov. Tom Wolf spoke at a press conference on Wednesday to condemn the lawsuit filed against the state of Pennsylvania and assure voters that all ballots would be counted.

Votes were still being counted across the country and likely will be for days to come as Biden and Trump both remain short of the necessary 270 electoral votes to win. Nothing was out of the ordinary in that process beyond a predicted surge of mail-in votes, but the lack of certainty wore on a public exhausted by a seemingly endless campaign, and all the attacks, vitriol and costly TV commercials that go with it.

An answer was all but certain to be delayed by recounts and legal challenges of razor-thin margins in one or more of the swing states of Wisconsin, Michigan, Pennsylvania, North Carolina, Georgia, Arizona and Nevada, a bitter pill for those certain the future of the country will be determined by the result.

Though the AP was able to call Wisconsin for Biden on Wednesday afternoon, the other states remained in flux. The fate of lower races remained unknown too, including the balance of the Senate, where forecasts of Democrats achieving a majority now seemed all but out of reach.

The Trump campaign said it filed lawsuits Wednesday in Pennsylvania and Michigan and was seeking a recount in Wisconsin, laying the groundwork for contesting the outcome in battleground states.

Jason Klemm, a 49-year-old actor in Philadelphia, sipped vodka from a 7-Eleven cup Wednesday morning in Rittenhouse Square, trying to ease his nerves after staying glued to television coverage until 4 a.m., then rising after a nap. As returns continued streaming in, Klemm felt more confident than he did a few hours earlier that his candidate, Biden, could prevail. But he knew the results would fall short of what he’d hoped for.

“I would have liked a miracle last night but it didn’t happen,” said Klemm, whose state showed Trump leading with many votes uncounted. “But every time I walk away and come back later, it’s a little bit better for Biden.”

The possibility of seeing Trump ushered from Pennsylvania Avenue was a tough one for his supporters to grasp, too. Jim Green, a 73-year-old accountant from Greenfield, Wisconsin, said he felt confident the president could win even as he feared the alternative. When a neighbor stopped by Wednesday to commiserate, the weight of the uncertainty was evident.

“I'm sick to my stomach,” the SUV's driver said to Green, who responded: “Just don't go buy a gun and shoot people.”

In Nevada, where Biden leads, one of his supporters, Mike McClain, said however long it takes, he was confident in the result.

“I think after the dust settles it will be a clear Biden victory, no matter what the Trump lawyers do with it,” said McClain, a retired schoolteacher, industrial engineer and Vietnam-era U.S. Army veteran who is in his 70s and lives in suburban Las Vegas.

Some supporters of Trump appeared resigned to that fate too, but were left questioning the result after initial projections in some states were more in favor of the president.

“I’m angry. The left-wing party is trying to force the election the other direction and it should have been decided last night,” said Stacy Rhoades, a 45-year-old security officer in Washington, Pennsylvania. “Trump should have been the winner. He was leading in all the Democratic states when we went to bed and now it’s changed.” 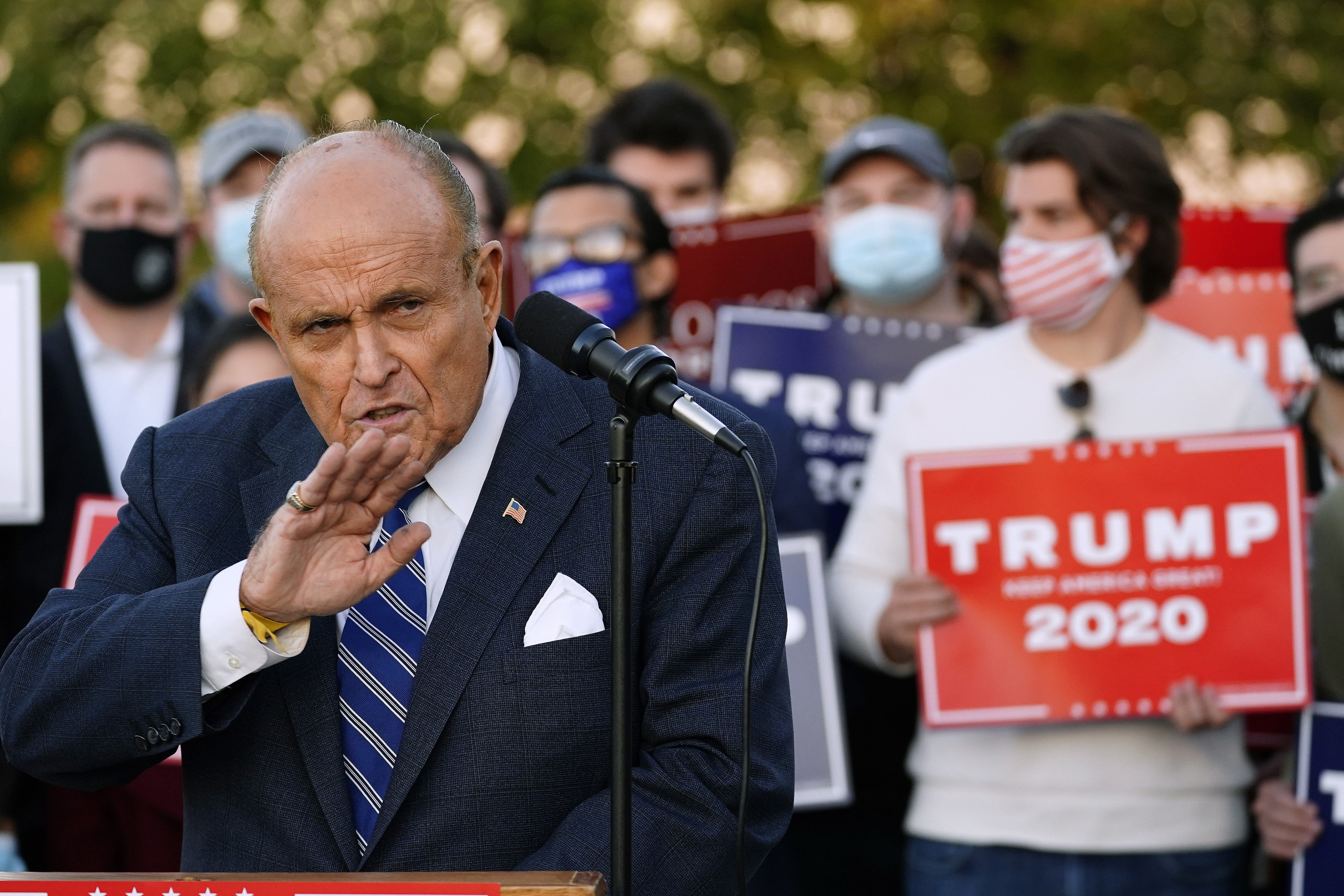 Trump's High-Stakes Swing State Legal Blitz: Where Does His Campaign Says It's Suing, and Why? 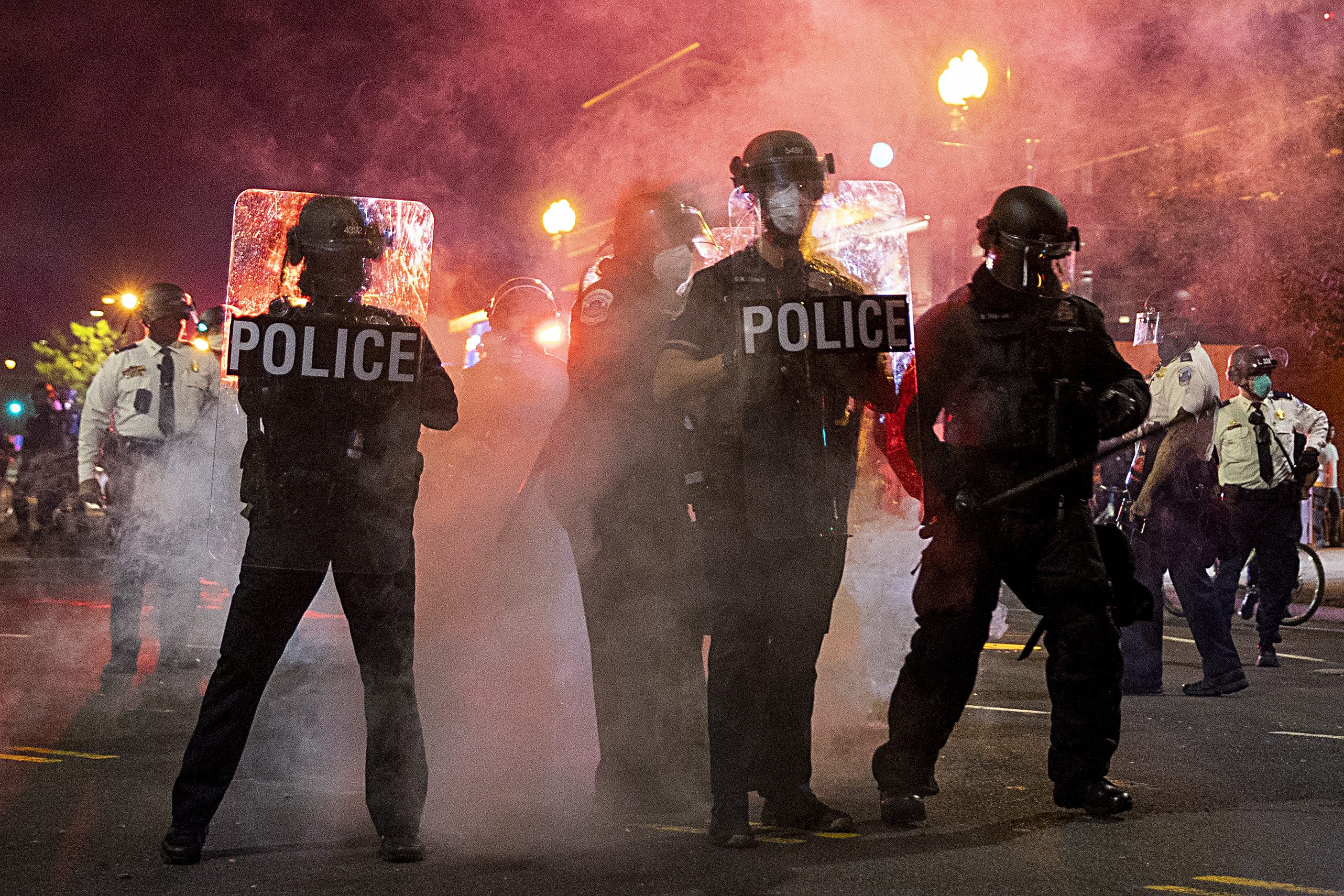 Voters Around the US Approve Local Police Reform Measures

In North Carolina, where Democrats clung to hope despite a lead for Trump, Stephan King, a 66-year-old who gave Biden his vote said he knew it could be days more before anything was certain.