The latest news on the 2020 presidential election
Bernie Sanders

Florida Could Be Knockout Punch for Sanders' 2020 Campaign

Few places hold the electoral cachet of Florida, which has been among the most coveted swing states in the last three decades

Florida has never been known as a place of stability, especially in its politics.

And yet stability is what has been on the minds of many Democrats in the state who say they'll vote for former Vice President Joe Biden in Tuesday's presidential primary election instead of Vermont Sen. Bernie Sanders.

"I like some of Sanders' ideas, but he’s a little too extreme for me," said Jeanne Hilburn, a 76-year-old retired teacher who lives in the suburbs of Tampa. "A lot of Democrats are like me — we want stability."

As the race for the Democratic nomination enters a penultimate phase, with Sanders' campaign on the brink of collapse and Biden's ascendant, attention is turning to places like Florida, which is holding its primary on Tuesday along with Ohio, Illinois and Arizona. Florida has 219 delegates, the biggest prize of next week's election.

Few places hold the electoral cachet of Florida, which has been among the most coveted swing states in the last three decades, including during the contentious, chaotic recount of 2000. It is a vital state for President Donald Trump, who would have almost no path to reelection without it.

Biden's advisers are banking on a decisive Florida victory that sends a clear message that he is much better positioned to win the state and deny Trump a second term.

"Florida, as always, is pivotal in the outcome," said Nikki Fried, who is the state's agriculture commissioner and top elected Democrat and who endorsed Biden. "We are the ultimate swing state."

Sen. Bernie Sanders reveals how he's feeling about the primary results so far and what he thinks about a possible Joe Biden nomination.

Sanders' support in Florida has always been tenuous. In the 2016 primary, he lost to Clinton by a nearly 2-to-1 margin. This year, Sanders angered a potentially large voting bloc — Cuban Americans — by praising Fidel Castro for implementing a literacy program in the communist nation.

"There is nothing positive you can say about the conditions in Cuba. If he doesn’t understand that, it is hard to conceive that he will get any votes," said Xavier Suarez, who was the first Cuban-born mayor of Miami and is now running as an independent in the county mayoral race. "It’s gonna be a massacre."

That leaves many Florida Democrats looking beyond the primary to November. Several groups have banded together to register people to vote and mobilize for November.

One of the four groups, Organizing Together 2020, is led by Fried. It will hire employees, register voters, train volunteers and then turn everything over to the party after the July convention. Another of the groups is For Our Future, a super PAC that is made up largely of Mike Bloomberg's campaign apparatus. 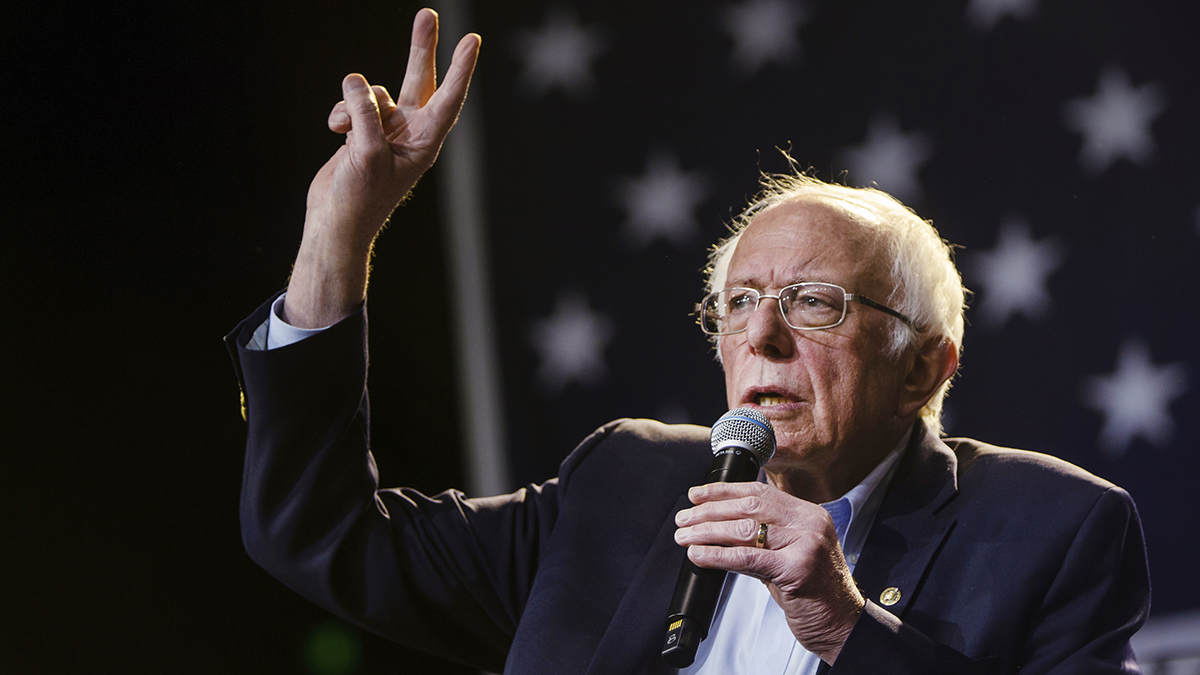 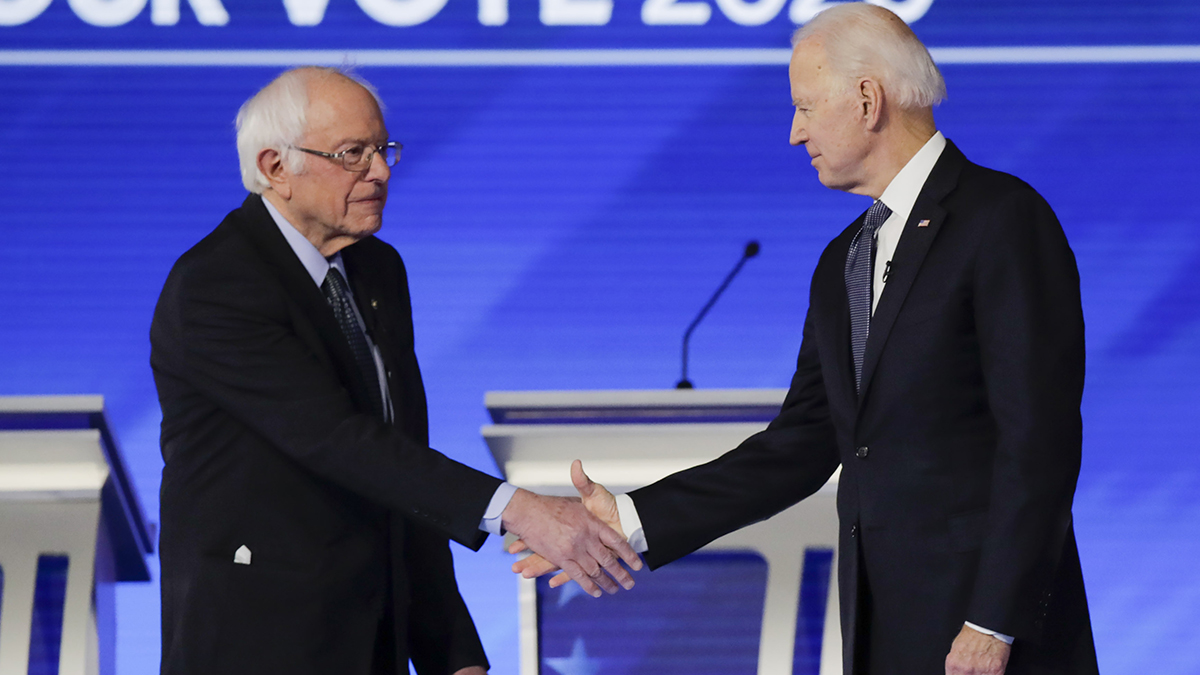 Debate Moves From Phoenix to DC Over Coronavirus Concerns

A strong turnout in the Florida primary could give hope to Democrats, though it would be difficult to draw any conclusions for November given the state's high number of independents. And, to be sure, the coronavirus outbreak could keep some voters away from the polls and muffle any message from the turnout.

Democrats know it will be a challenge to sway voters here. About 3.6 million of the state's 13.6 million voters are registered independents, which means they can't vote in Tuesday's primary but are eligible to cast ballots in the general election.

"Florida is an interesting state. Depending on where you're at, we can be very conservative, or we can be very progressive," said St. Petersburg Mayor Rick Kriseman, a Democrat. "We also have a strong moderate and independent streak. Biden, I think he’ll do well here with Democrats and independents. And with Republicans who are looking for an alternative to President Trump."

Ashley Walker, of Organizing Together, said a priority is grassroots door-knocking in counties that were close in 2016, like Pinellas, home to St. Petersburg, which Trump won by 5,500 votes, and in Pasco, a suburban county just north of Tampa where voters moved to Republican candidates in the 2018 Senate and gubernatorial races.

Sen. Bernie Sanders speaks on Donald Trump's mistakes handling the coronavirus pandemic and how his grandkids influence his politics.

Walker says the aim is to siphon off votes there.

"The margins matter. We’re probably not going to win Pasco County, but we’re going to need to close the margins so we lose less badly," she said. "And in those counties that go back-and-forth between red and blue, like Pinellas, it's especially important to get organized early. To build relationships early."

Similarly, Biden's supporters have been paying visits to Spanish-language TV shows and broadening "diaspora outreach" efforts in South Florida. John Kerry, the former secretary of state and the Democratic presidential nominee in 2004, spoke about Latin America policy on behalf of Biden's campaign at a restaurant in Doral, the hub of Venezuelan exiles.

"We feel good about where we are in the state, but we are not taking anything for granted," said Carmen Torres, of Florida Hispanics for Biden.

Democrats don't have a lock on the Latino vote in Florida, particularly among the nearly 2 million residents who are originally from Cuba, Venezuela and Nicaragua, where authoritarian socialist regimes have soured many exiles toward any left-leaning politicians.

Daisy Baez, a former Democratic state lawmaker, is leading a group called "Dominicanos con Biden" to rally her fellow Dominican Americans to support the former vice president. A similar effort to rally Venezuelans will roll out on Sunday.

"We wanted to address our message to a specific community," Baez said. "We needed to piece it down in smaller parts."

Former Vice President Joe Biden was the projected winner of the Democratic primary in Mississippi on Tuesday. Biden and Bernie Sanders were competing in six states Tuesday.

As Sanders' chances diminish, Biden may also need to win over his challenger's fervent supporters if an endorsement follows. Some may not follow suit.

Nick Mora, 24, a Florida International University Student, marched alongside 20 students on a recent afternoon on campus to persuade others to vote early for Sanders. Mora acknowledged Sanders' defeat earlier this week was disappointing but said they were not ready to give up yet.

"Let's just say Joe Biden does not have the same policy proposals as Bernie," Mora said. "I feel like the progressive movement is being pushed down, and there's not much we can do about it if we vote for Joe Biden, so we are still trying to fight till the end."