Election Night delivered a jarring outcome for Democrats who had devised an expanded political map, eager to counter Trump and his party’s grip on the Senate

Democrats had a disappointing night in the battle for Senate control, but it was too soon for Republicans to take a victory lap Wednesday, although they brushed back multiple challengers to protect their now teetering majority.

While key races in North Carolina and Maine remained undecided, and at least one in Georgia was headed to a January runoff, NBC News projected that Democratic Sen. Gary Peters has won the U.S. Senate race in Michigan.

In the presidential battleground of Michigan, Republicans made an aggressive push for John James, a Black Republican businessman who stood by Trump at a rally late Monday. James was trying to unseat Peters.

“We're waiting — whether I'm going to be the majority leader or not,” McConnell said at a press conference in his home state of Kentucky.

In a delicate pushback against Trump's own premature claims of victory over Joe Biden in the presidential race, the GOP leader said: “Claiming you’ve won the election is different from finishing the counting."

McConnell said he felt “pretty good” about the remaining contests. He secured a seventh term in a costly campaign, fending off Democrat Amy McGrath, a former fighter pilot.

Election Night delivered a jarring outcome for Democrats who had devised an expanded political map, eager to counter Trump and his party’s grip on the Senate.

While Democrats picked up must-win seats in Colorado and Arizona, they suffered a setback in Alabama, and Republicans held their own in one race after another — in South Carolina, Iowa, Texas, Kansas, and Montana, dramatically limiting Democrats' hopes to make inroads.

The races attracted an unprecedented outpouring of small-dollar donations for Democrats, from Americans apparently voting with their pocketbooks to propel long-shot campaigns.

The voters’ choices will force a rethinking of Democratic Party strategy, messaging, and approach in the Trump era. 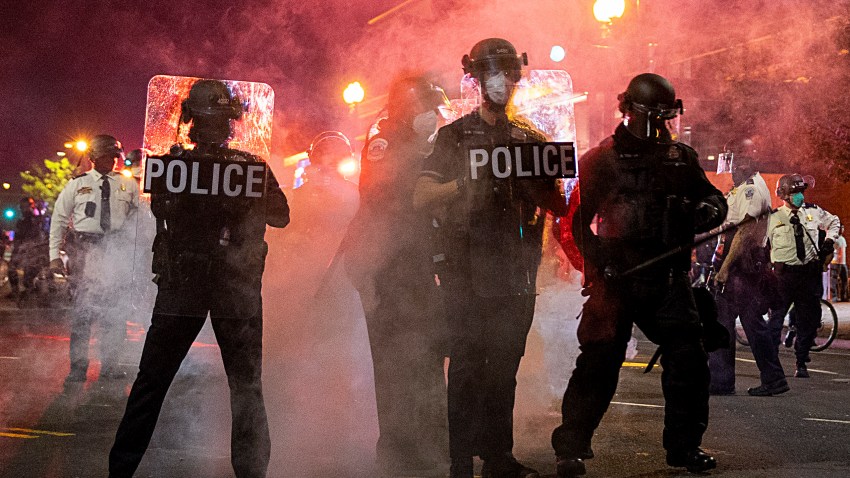 Voters Around the US Approve Local Police Reform Measures

"You wasted a lot of money,” said White House ally Sen. Lindsey Graham in Columbia, South Carolina, after defeating Jamie Harrison, despite the Democrat's stunning $100 million haul for his upstart campaign. “This is the worst return on investment in the history of American politics.”

Trump loomed large over the Senate races as did Democratic rival Joe Biden. The Trump administration's handling of the COVID-19 pandemic and its economic fallout, as well as the nation's uneasy mood all seemed to be on the ballot.

Voters ranked the pandemic and the economy as top concerns, according to AP VoteCast, a national survey of the electorate.

Yet voters, for the most part, stuck with the status quo.

Securing the Senate majority will be vital for the winner of the presidency. Senators confirm administration nominees, including the Cabinet, and can propel or stall the White House agenda. With Republicans now controlling the chamber, 53-47, three or four seats will determine party control, depending on who wins the presidency because the vice president can break a tie in the Senate.

Democrats contested seats from New England to the Deep South and the Midwest to the Mountain West, reaching deep into GOP strongholds. But by early Wednesday, the tally was not too different from before Election Day.

The final breakdown awaited the outcome of races in Alaska, Maine and North Carolina.

In Georgia, two seats were being contested and at least one is headed to a runoff after no candidate reached the 50% threshold to win.

GOP Sen. Kelly Loeffler will face Democrat Raphael Warnock, a Black pastor at the church where the Rev. Martin Luther King Jr. preached, in the Jan. 5 runoff special election for the seat Loeffler was tapped to fill for retired Sen. Johnny Isakson.

In the other Georgia race, GOP Sen. David Perdue, the former business executive Trump calls his favorite senator, tried to stave off Democrat Jon Ossoff, another candidate who has benefited from the “green wave” of campaign donations. It, too, could go to a runoff.

Republicans were on defense in most states.

In South Carolina, Harrison energized voters, among several Black Democratic candidates for Senate including Warnock, drawing an outpouring of national support in a year of racial reckoning.

“We didn’t get the result at the ballot box that we wanted, but we showed courage and determination,” Harrison said on Twitter. “We brought hope back to South Carolina.”

Amaria Dixon has captured some of the most historic events in recent years, from President Obama's inauguration to the most recent protests around Southern California. Today, NBCLX storyteller Cody Broadway captures her story as she documents Election Day.

Stuck in Washington as McConnell rushed the Senate to confirm Trump's Supreme Court nominee Amy Coney Barrett a week before Election Day, senators quickly fanned out — some alongside the president — for last-ditch tours to shore up votes.

The political landscape is quickly changing from six years ago, when most of these senators last faced voters.