Joe Biden pledged to unify the country, acknowledged systemic racism, criticized his rival for stoking division and picked Kamala Harris as his running mate, making her the first Black woman on a major party's presidential ticket

President-elect Joe Biden’s victory was celebrated by civil rights activists and Black leaders who warned that a tough road lies ahead to address America’s persistent inequalities and the racial division that Donald Trump fueled during his presidency.

Biden will take office in January as the nation confronts a series of crises that have taken a disproportionate toll on Black Americans and people of color, including the pandemic and resulting job losses. Many cities saw protests against racial injustice during a summer of unrest.

During a contentious campaign against Trump, Biden made explicit appeals for the support of Black voters. He pledged to unify the country, acknowledged systemic racism, criticized his rival for stoking division and picked Kamala Harris as his running mate, making her the first Black woman on a major party's presidential ticket. While those were all welcomed steps, Black leaders and activists say they will keep pushing the incoming administration to do more.

Watch video of people reacting to news of Joe Biden's projected victory in the 2020 presidential election.

“This is just the beginning of change and the election of any one administration does not mean the work is done,” said civil rights leader Martin Luther King III, who noted the vision of his father, Martin Luther King Jr., has yet to be fully realized in America, 57 years after he delivered his famous ‘I Have a Dream’ speech. “Dad and Mom wanted to eradicate poverty, racism and violence from our society and that will take a monumental effort. A Biden-Harris administration has to constantly be challenged and pushed to move."

Black voters powered Biden's successful campaign, particularly in critical states like Michigan, Wisconsin and Georgia. Nine in 10 Black voters nationwide supported him, according to AP VoteCast, an expansive survey of more than 110,000 voters across the country.

“Vice President Biden understands that we are fully formed American citizens who deserve to have full access to all the parts of progress in the United States,” said Stacey Abrams, a voting rights activist and former Georgia gubernatorial candidate. “He’s been willing to commit not only to plans, but he’s been willing to take responsibility for how those plans get lived out. … I want to see proper access to opportunity and I think fundamentally that is the wish, that is the hope, and that is the deserved right of every Black person in this country.”

Latino voters supported Biden over Trump, 63% to 35%, according to the survey. White voters, who made up roughly three-quarters of the electorate, were more likely to support Trump, 55% vs. 43% for Biden.

More than 74 million Americans voted for Biden, more than any other presidential candidate in history. But some Black political strategists and activists noted the 70 million votes for Trump, suggesting that some of those Trump supporters at a minimum turned a blind eye to the racism he demonstrated.

“We have been lullabied for so long in this country that when you have somebody like President Donald J. Trump come along and be so blatant with his racism, it’s a shock to the senses,” said Nina Turner, a Black progressive and former Ohio state senator. ”But this country should not be deluded that it’s just Trump, it’s millions of people. A lot of white liberals, they’re very comfortable with pointing the finger at President Trump. But they need to look in the mirror...because he is just a reflection of what is already a reality in this country.” 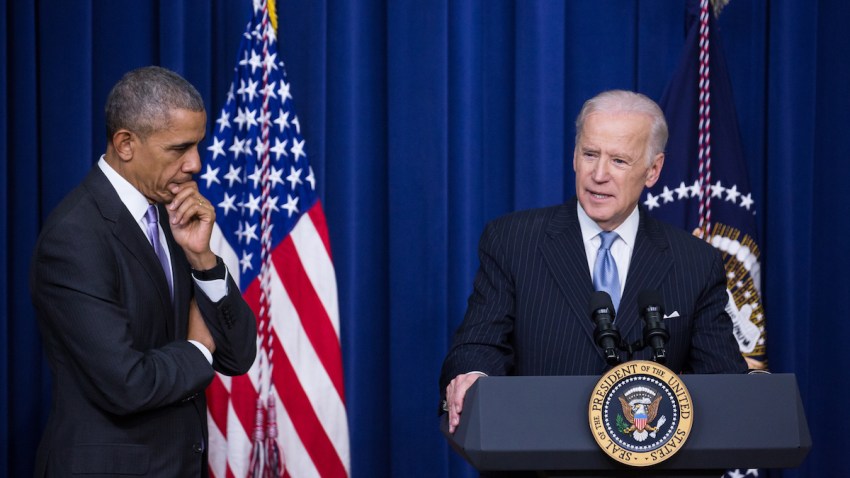 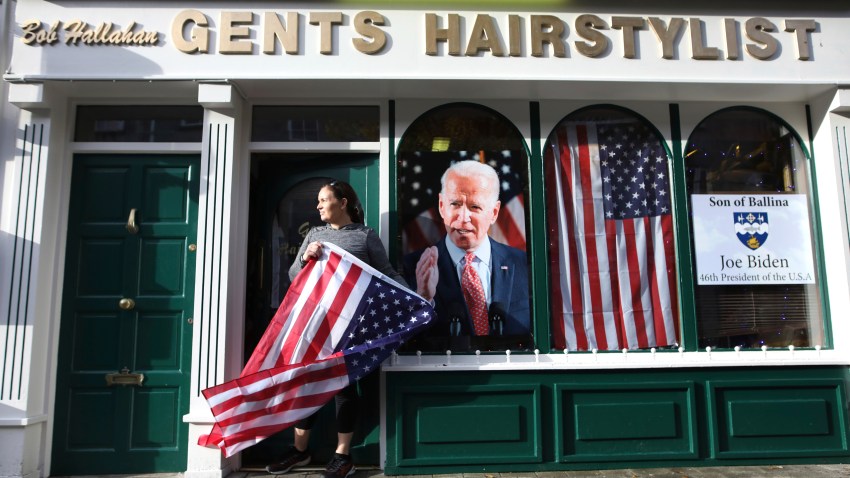 While Biden enjoyed strong support from Black voters, there was also frustration about the pressure placed on their communities to deliver a victory.

African Americans, who are the Democratic Party's most loyal voting bloc, face a battle for racial progress in a nation whose very founding embraced racist, predatory systems that continue to disparately harm Black people today.

And America has yet to fully reckon with that racist past, which left generations of Black Americans struggling to achieve the American dream or to overcome the effects of Trump’s election in 2016, which many experts saw as a blow to civil rights and race relations.

“We’ve been here before where we’ve seen a country that has been deeply divided over race and the complicit role of whites who should be sympathetic to Black interests and issues due to the shared economic fate but they aren’t,” said Nadia Brown, a Purdue University political science professor. “People will just try to put their heads in the sand because they don’t want to be culpable or deal with America’s history and its present day. America was founded on the idea of American exceptionalism but structural racism flies in the face of this and even good liberals don’t want to hear that."

In 2016, a coalition composed largely of white voters powered Trump’s win over then-challenger Hillary Clinton. At the time, many said they voted for Trump because of his economic plans, which included bringing back manufacturing jobs and auto plants.

But Ashley Jardina, assistant professor of political science at Duke University and author of the book “White Identity Politics,” said many white Americans supported Trump in 2016 and again in 2020 not solely because they are willing to turn a blind eye to racism, but because they outright agree with a lot of his rhetoric and views on race.

“That means many not only fail to see racism as a problem in the U.S., but they also express greater levels of hostility toward people of color," Jardina said, noting the views of white Americans on race have increasingly aligned with their political views over the past eight years.

The killings of Breonna Taylor, who was shot and killed inside her Kentucky home, and that of George Floyd, who died after a Minneapolis police officer pressed a knee into his neck for nearly eight minutes, sparked global protests against police brutality and thrust racism in America into an international spotlight.

Those protesters will be looking for Biden and Harris to address their concerns and create progressive policies to address the root causes of police violence, according to Jessica Byrd, who leads the Movement for Black Lives’ Electoral Justice Project, and believes Biden and Harris have demonstrated a willingness to engage with the protest movement and organizers.

“Elections are about moving the ball forward and choosing your organizing target,” Byrd said, adding the movement will pivot toward pushing for legislation and policies like the BREATHE Act, which would transform the nation’s criminal justice system and invest in communities. “We fully intend to show up in the really important days between November and the inauguration and demonstrate our vision for Black lives is real. We have demands of the first 100 days of a Biden-Harris administration.”

Some activists on the ground remain skeptical. In Philadelphia, protests flared in recent days after police shot and killed 27-year-old Walter Wallace Jr.

“Biden nor Kamala Harris historically have policies that positively impact Black Philadelphians,” Muhammad said. “We know with Biden or Kamala Harris in office, we’re still going to need to organize and we’re going to still have to fight for our material conditions to shift."

Biden’s election also represents hope with the historic candidacy of Harris, who will become the first Black woman and person of South Asian descent, to enter the White House—which some believe will create a ripple effect, opening doors for more women of color and Black Americans to ascend to the highest ranks of American politics.

“Anti-Black racism continues to shape law, culture, politics and more in this country and impact brutally on the lives of Black Americans,” said Jones, author of “Vanguard: How Black Women Broke Barriers, Won the Vote, and Insisted on Equality for All.” “And at the same time, I think Senator Harris’ ascent to the vice presidency tells us that Black Americans, including Black women, are nonetheless arriving in a new place in the story of American politics.”

Michigan resident Nia Crutcher, who just turned 18 and voted for the first time, represents the next generation of Americans. Crutcher, a Black woman and first-year college student, cast her ballot for Biden.

“I don’t think racism will be solved because Biden is elected because it’s an issue we need to work on over the years. But I feel that with Biden being elected, there will definitely be more progress,” Crutcher said. “I’m hopeful.”