Cuomo Says He Is Open to Running Again, Despite Resignation

Former New York Gov. Andrew Cuomo is contemplating a political comeback and dangling the possibility he may run for his former job just six months after he resigned amid sexual harassment allegations.

Cuomo gave a campaign-style speech Thursday to a friendly audience of about 100 people in the Bronx, where he framed his fall from power as “cancel culture” run amok. The Democrat behaved like a candidate, posing for pictures with attendees and a baby.

Asked after his speech if he would run for office, Cuomo told reporters he is “open to all options.” He also commented on a recent poll that showed him competitive in a hypothetical New York primary, saying that he found the results "gratifying, but I've never lived by the polls." 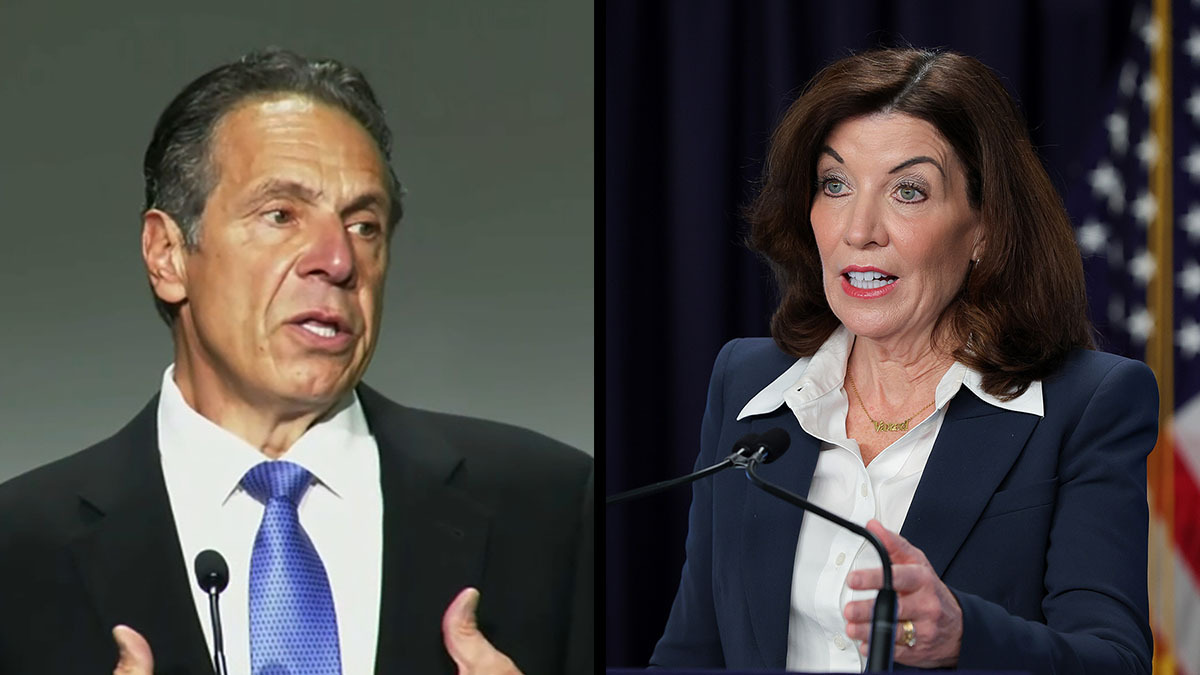 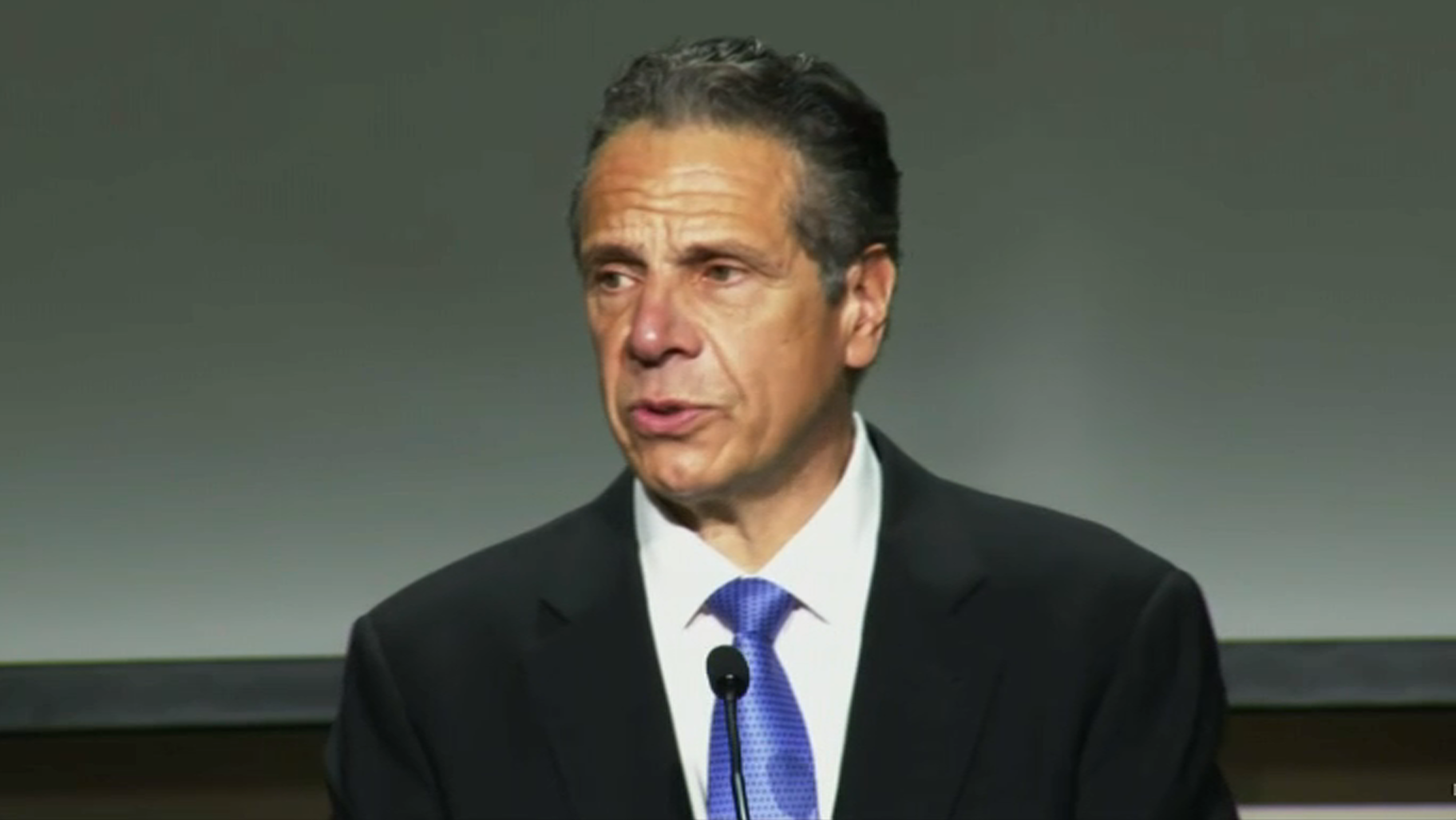 He wouldn't say whether he was thinking about challenging Gov. Kathy Hochul, his former lieutenant governor and successor, but he ripped the state's current governance during his speech. He didn't mention Hochul by name on Thursday, but painted her as soft on crime as he demanded bail reform — even though he's the one who signed the current law.

"Pull your head out of the sand and fix it now," he said to applause.

His speech to the Bronx ministers about cancel culture included a defense of the controversial pastor who invited him, Ruben Diaz Sr., an outspoken opponent of same-sex marriage.

"We put aside our disagreements and worked for the Bronx," Cuomo told the crowd.

He also blamed cancel culture for the firing of his brother, former CNN host Chris Cuomo, and called out by name the top corporate leaders of the network's ownership group. Chris Cuomo was ousted in December after a report from James' office showed how the journalist advised his brother to fight the harassment allegations.

Cuomo, who quit in his third term, indicated he was open to possibly gathering enough petition signatures to get on the ballot in the general election, a step that would allow him to bypass the Democratic primary in June.

“I know how to get on the ballot, I did it a couple times,” Cuomo told reporters. “The election isn’t until November. So there’s a lot of time to gather petitions, depending on how you want to run."

Cuomo resigned from office in August after multiple women accused him of sexual harassment.

He denied allegations he touched women inappropriately, including a charge by one aide that he groped her breast, and claimed his accusers had misconstrued comments he'd intended to be friendly banter.

Just six months after he resigned from office in disgrace over sexual harassment allegations, former New York Gov. Andrew Cuomo appeared to be hinting at a political comeback in remarks at a Brooklyn church on Sunday. NBC New York's Melissa Russo reports.

Two teams of lawyers, one hired by Attorney General Letitia James and the other working for the state Assembly, said they found the harassment allegations credible. The attorney general released a report that concluded he had harassed 11 women.

A sheriff in Albany filed criminal charges against Cuomo in connection with the aide’s groping allegations, but those charges were ultimately dropped by the county’s district attorney, who cited a lack of enough proof.

The former governor did not directly address the specific allegations on Thursday or make any apologies. He accused “extremists” in the Democratic Party of orchestrating his downfall because they felt he was standing in their way.

“There are people who wanted to run against me. They wanted my job. And they used this opportunity to help themselves politically," he said.

The sexual harassment allegations were not the only controversy he faced when he resigned.

A report by the attorney general found his administration undercounted the COVID-19 death toll of New Yorkers in nursing homes by thousands. A report released this week by the state Comptroller’s office and another probe by the state Assembly echoed those findings.

Cuomo has blasted all three probes as politically driven.

The state ethics commission is trying to seize millions of dollars that Cuomo received for writing a book about his leadership during the pandemic after the commission concluded that the governor had improperly gotten help from state employees to write and promote the book.

Cuomo's lawyers are fighting the move. He was paid at least $3.1 million up front and was set to receive up to $5.1 million in the book deal.

Sochie Nnaemeka, director of the New York Working Families Party, seized on the latest report on the nursing home deaths to call on state lawmakers to renew impeachment proceedings against Cuomo, which were dropped after he resigned.

“The Comptroller’s report adds to the litany of evidence demonstrating how Cuomo abused the position of Governor in every respect: concealing nursing home deaths, serially harassing women, granting family and donors early access to COVID-19 testing, and getting rich off a book written by public employees,” Nnaemeka said.

When asked about a potential Cuomo comeback, James said "Wanna know what I think? We should celebrate the luck of the Irish," as she marched in the NYC St. Patrick's Day Parade. But at the same minute Cuomo was scheduled to start speaking Thursday, James tweeted that “too often workers endure unlawful advances that put their lives and livelihood at risk.”

“Under my office, sexual harassment will never be tolerated. We will continue to fight for brave women who share their stories,” she said.

Hochul did not take questions during her march up Fifth Avenue, but said on Wednesday that "I’ve got a budget to get done. The people of the state of New York to fight for. I’m not focused on who may run, I’ve got a job to do."

Nearly every prominent Democrat in the state had called for Cuomo's resignation last year, as well as national party leaders including President Joe Biden. State lawmakers were preparing to impeach him when he quit.

Though he dropped out of public sight for a time after resigning, Cuomo has become increasingly visible in recent months.

He has been running television ads portraying himself as the victim of a political smear campaign. Earlier this month, he gave a similar speech in Brooklyn, invoking the late U.S. Rep. John Lewis, a civil rights icon, while speaking to a largely Black congregation.

He had dinner in February with New York City Mayor Eric Adams, who is enjoying political popularity among Democrats, and had lunch two weeks ago in Manhattan with former New Jersey Gov. Chris Christie.

Cuomo, who had long planned to run for a fourth term in 2022, reported $16 million still in his campaign fundraising account in January, giving him an ample start to mount a campaign. That includes potentially gathering signatures from voters.

Speaking to his Bronx audience Thursday, Cuomo made it clear that, whether he runs or not, he has no intention of quitting the public stage.

“I am not going anywhere. I am going to continue to fight the good fight,” he said.

Lindsey Boylan, a former senior Cuomo aide who became the first person to publicly accuse him of sexual harassment, called Cuomo “shameless” in a tweet Thursday.

“He will always be unaffected by his ethical lapses and moral failings. So it is everyone else who must do the right thing,” Boylan said.