Ciattarelli Campaign: No One Alleging Fraud, But Provisional Vote Outcome May Warrant Recount

Republican candidate Jack Ciattarelli's campaign is not alleging voter fraud, saying they do not believe that the provisional vote count will bring Ciattarelli to the lead, but it "may reduce the margin for Governor Murphy enough to warrant a full recount."

"Let me be clear, no one on this team is alleging fraud or malfeasance, as we have not seen any credible evidence of that....At this time, we do not expect the provisional vote count to end with Jack Ciattarelli in the lead. However, that count may reduce the margin for Governor Murphy enough to warrant a full recount," said in part Ciattarelli's legal counsel Mark Sheridan in a Monday statement.

The result of New Jersey's election for governor will be “legal and fair" no matter the outcome, Republican candidate Jack Ciattarelli previously said Thursday in his first comments since The Associated Press declared incumbent Democrat Phil Murphy the election's winner.

Ciattarelli has not conceded the election.

“No one should be declaring victory or conceding the election until every legal vote is counted,” Ciattarelli said in the 2-minute video clip posted on Twitter.

Ciattarelli, a former Assembly member, said he will wait for the state's 21 counties to complete counting thousands of mail-in and other ballots, which could take until next week, before deciding whether to ask for a recount.

On Monday, Ciattarelli's campaign cited that, unofficially, around 66,405 votes separate him (1,219,906) and Phil Murphy (1,285,351) – a margin of 2.6% of the vote. Additionally, the campaign says that based on information and belief, there is an unknown number of emergency ballots that are yet to be reported by County Clerks.

“Waiting an additional day or two for all votes to be counted should not be controversial,” Sheridan's statement reads. “Let me be clear, no one on this team is alleging fraud or malfeasance, as we have not seen any credible evidence of that. However, the new law Governor Murphy and state Democrats rushed to enact led to this disjointed and excruciatingly slow vote counting process. We still have vote-by-mail ballots outstanding and approximately 70,000 provisional ballots to be counted."

Sheridan also went on to say: "We will make the decision to pursue a recount based on all of the facts, which includes that this is the first time New Jersey is conducting an election under the new law, using new technology and vote counting procedures.” 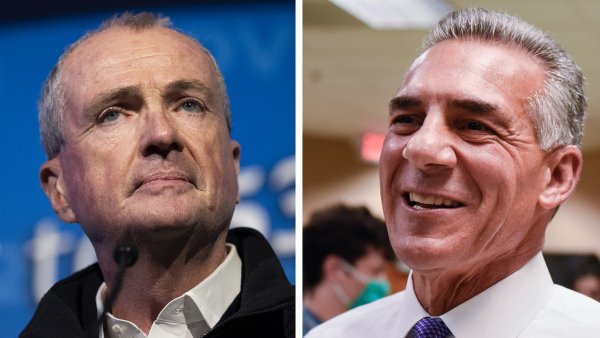 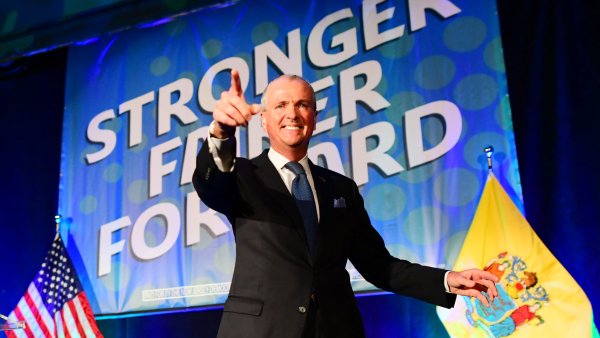 The AP called the race Wednesday evening when a new batch of votes from Monmouth County — which Ciattarelli won by nearly 20 percentage points — increased Murphy’s lead and closed the door to a Ciattarelli comeback.

Ballots remaining to be counted include a significant number of votes from predominantly Democratic Essex County, along with mail-in votes spread across other counties. Murphy has won the mail-in vote by a wide margin even in Republican-leaning counties like Monmouth.

At the time of AP's call, there was still a significant number of ballots to be counted in Democrat-leaning counties, including Essex and Mercer. That's why Murphy's lead continued to grow after AP declared him the winner.

Mail ballots made up a little more than 20 percent of all votes in New Jersey. Democrats across the country have dominated mail-in voting since the 2020 presidential election, after former President Donald Trump claimed, without evidence, that they were susceptible to fraud. Since then, Republicans have been much less likely to vote by mail, even in states where they traditionally won the mail vote.

Ciatterelli took the lead in the vote count Tuesday night as Republican-leaning counties reported their votes faster than the more Democratic counties, and with many counties yet to report results from their mail ballots. The race flipped for Murphy Wednesday morning after more votes came in from Burlington, Bergen, Hudson and Camden.

“I don’t want people falling victim to wild conspiracy theories or online rumors,” he said last week. "While consideration is paid to any and all credible reports, please don’t believe everything you read or see online.

“I promise you, whatever the outcome, the election result will be legal and fair," he added.

The narrow margin surprised many and went against public polling in the race, which indicated Murphy had a bigger lead. On Thursday, one of those pollsters published an op-ed apologizing for missing the margin in the race. “I blew it,” said Monmouth University Polling Institute director Patrick Murray.

Murphy became the first Democrat to win reelection in 44 years. In a speech Wednesday night, he indicated he will carry on the progressive policies he pursued in his first term.

Ciattarelli, know as a moderate while in the Legislature, campaigned against the state's high taxes and said Murphy had swung the state too far to the left. He's also courted supporters of former President Donald Trump by praising his policies and saying he supported him in 2020.