Home Depot is the largest company based in Georgia by revenue, profit and number of employees

A group of religious leaders is calling for a boycott of Georgia-based Home Depot, saying the home improvement giant hasn't done enough to oppose the state's new voting laws.

African Methodist Episcopal Bishop Reginald Jackson said the company has remained “silent and indifferent” to his efforts to rally opposition to the new state law pushed by Republicans, as well as to similar efforts elsewhere.

“We just don't think we ought to let their indifference stand,” Jackson said.

The leader of all his denomination’s churches in Georgia, Jackson had a meeting last week with other Georgia-based executives to urge them to oppose the voting law, but said he’s had no contact with Home Depot, despite repeated efforts to reach the company.

Home Depot did not immediately respond to an email Tuesday. The company is the largest based in Georgia by revenue, profit and number of employees.

President Joe Biden on Thursday criticized Republican proposals that he says would restrict voting access. “What I'm worried about is how un-American this whole initiative is,” he said. “It's sick. It's sick. Deciding in some states that you cannot bring water to people standing in line waiting to vote.”

Republican Gov. Brian Kemp called the boycott “absolutely ridiculous” on Twitter. At a news conference later, he said Jackson was a “partisan” and his call for a boycott unfairly “targeted” workers at Home Depot.

“They did not ask to be in this political fight,” Kemp said. He added, “This insanity needs to stop.”

Opponents of the new law say it will restrict voting. It requires people to present proof of identification to request an absentee ballot, cuts the number of days for requesting an absentee ballot, shortens early voting before runoff elections, provides fewer drop boxes than allowed under emergency rules during the pandemic, allows the state to take over local election offices and bars people from handing out food and water to voters within 150 feet (45 meters) of a polling place. 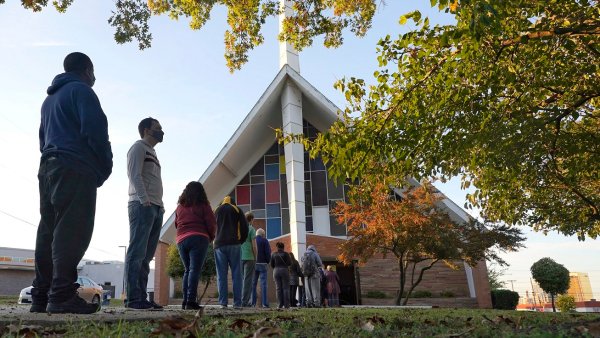 Faith Leaders Across US Join in Decrying Voting Restrictions 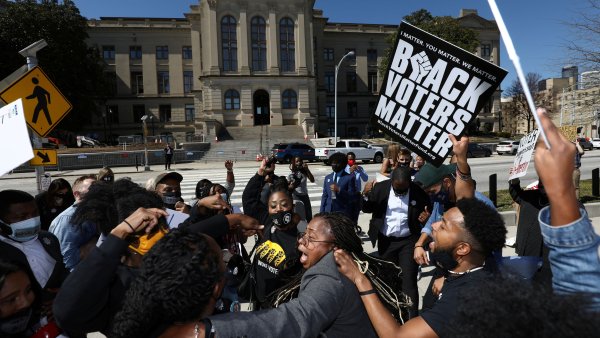 Jackson earlier trained his criticism on Coca-Cola Co., but the Atlanta soft drink titan later spoke out forcefully against the law and helped arrange Jackson's meeting with corporate leaders.

“We believe that corporations have a corporate responsibility to their customers, who are Black, white and brown, on the issue of voting," Jackson said. “It doesn't make any sense at all to keep giving dollars and buying products from people that do not support you.”

He said faith leaders may call for boycotts of other companies in the future.

Boycotts in the past have been aimed at pressuring business leaders to push elected officials to change, but it's not clear Republicans will respond this time. Georgia lawmakers took an unsuccessful vote to strip a jet fuel tax break from Delta Air Lines after that company forcefully opposed the bill. Some Georgia lawmakers demanded that Coca-Cola, which provides free drinks at the state capitol, remove refrigerators from their offices. Kemp and others have repeatedly attacked Major League Baseball for removing its All-Star Game from the Atlanta Braves stadium, blaming Democrats for economic losses. Some members of Congress propose revoking the league's antitrust exemption.

Jackson acknowledged retaliation, but said that if companies stand together, “there is no way Republicans will go after them.”